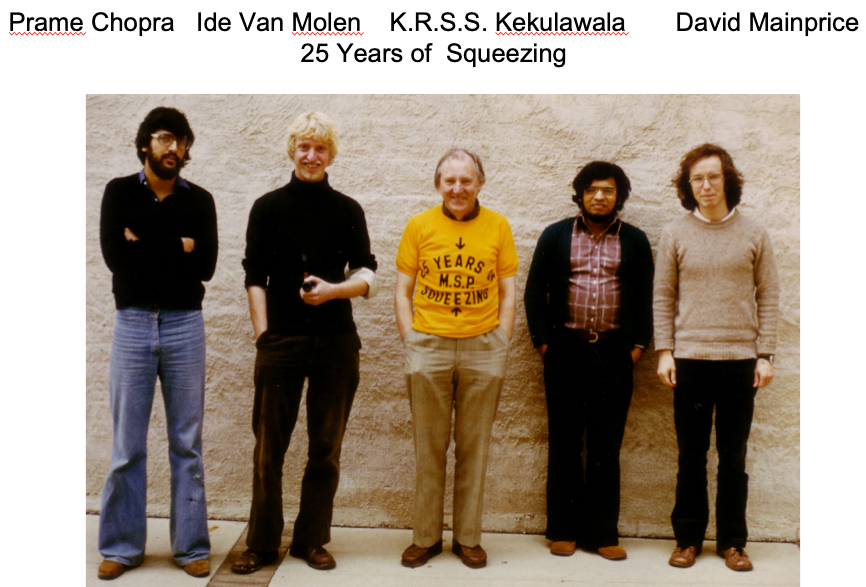 Mervyn Paterson was returning from an international conference in about 1977. Ide Van Molen and Prame Chopra had the idea to meet Mervyn at the airport,  have some wine ready and  a yellow T-shirt, and  to have a  drink to the 25 Years of of Squeezing. We called ourselves  the gang of four, after of the Chinese leaders of the time. Mervyn wears the yellow T-shirt, the colour of Australian sportsmen. Mervyn may not have been a sportsman, but he was a great walker, walking several kilometres from his house and back every day.