I was very sad to hear of the passing of Mervyn, and my thoughts go to his family.

In 1991,  after the summertime meeting in honour of John Ramsay at the ETH Zurich, a small group of geologists from Japan, Germany, Australia and Spain took part in a informal field trip led by Ernie Rutter around the lower crustal structures exposed in the wonderful outcrops of Ivrea area, in the Italian Alps. Mervyn was the oldest whereas I was probably the youngest participant in trip. Mervyn had officially retired just that year and to me, as a green PhD student, he was (and he still is) a legend of the experimental rock deformation field and applications to nature. The field trip was very funny because we had to endure horrible storms and weather, common in the Alps in the late summer, but this allowed extra opportunities for friendly chats and joking when Ernie stoically give long explanations on the wet outcrops under a curtain of heavy rain with the only a few paying close attention (Toshi Shimamoto springs to mind), whereas the others, including Mervyn of course, went running as fast as possible to the protection of our vehicles until the  cessation of the rain-hostilities. One morning we were walking along a wet mafic granulite outcrops where Ernie want to show slumped folds developed into the mafic complex’s magma chamber as a clear evidence of a gravity collapse structure in the magmatic lower crust (photo). The paths were very slippery, and even the day before Toshi had fallen into the Sesia river and was almost swept away to the Mediterranean, so I was paying careful attention to Mervyn to ensure that he too did not form a “gravity collapse structure”. Surprisingly to me the other two Australian geologists and some others also were keeping an eye on the steps of Mervyn on the wet granulites. Everyone on the trip had the same perception as me; what a privilege it was to spend time with Mervyn on a field trip! Everyone was a fan of Mervyn and at the end of the day we all enjoyed listening to his stories and sampling his wisdom as we sat around a table with some food and a lot of wine in the local restaurants. 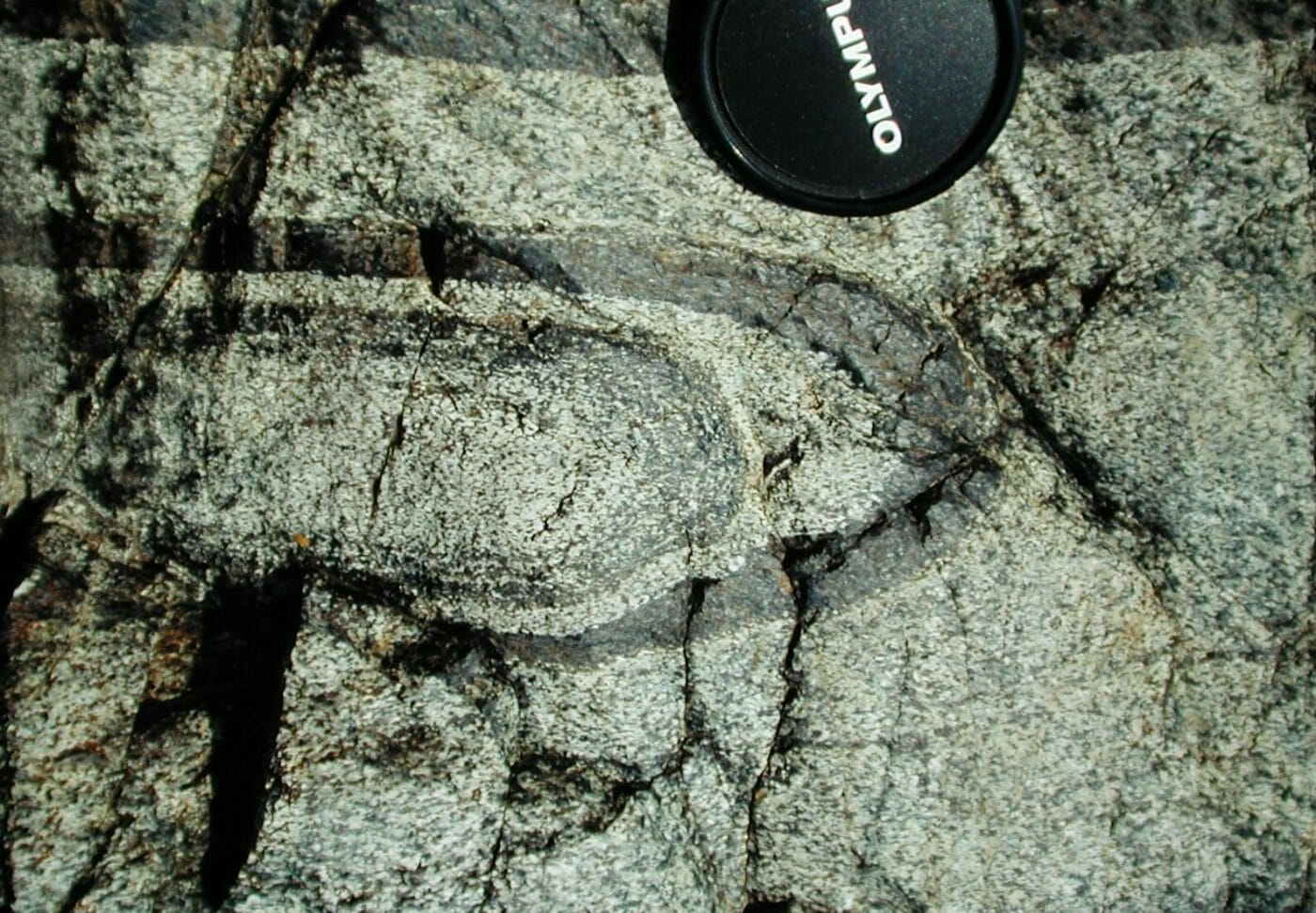