Book Of Remembrance Of 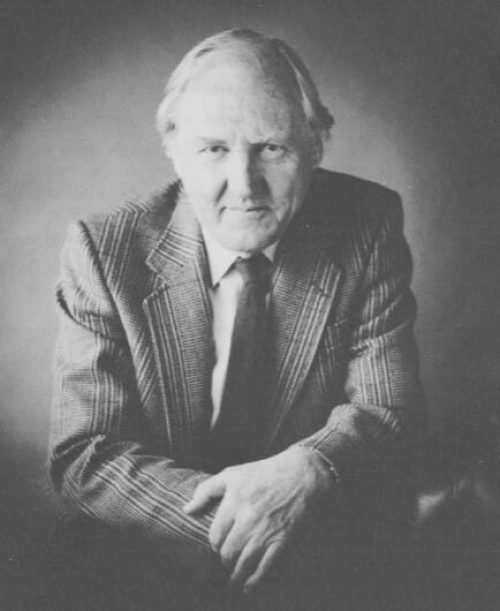 This book collects condolences and remembrances of Mervyn Paterson from his friends and colleagues in the world of geoscience, upon which he made such a major impact.

The following is a URL link to the recording of the (non-religious) funeral service:    https://v2.streaming.funeralsuite.com.au/e/AGqh0JhS

This page will ask for a code which is: 1030 – if you put this number in it will take you to a page where you can stream the service or download a link.

Donations can be made to the Mervyn and Katalin Paterson Fellowship, which supports overseas travel for ANU graduate students via: https://www.anu.edu.au/giving/impact-stories/vale-mervyn-paterson

The following obituary is provided by his ANU colleague Ian Jackson:

Mervyn Paterson (1925-2020) spent his formative early years in remote rural South Australia before the family moved to the Adelaide Hills. In order to attend the Adelaide Technical High School and night school, he boarded with his grandmother in Adelaide during the week. His subsequent studies at the University of Adelaide, involving a strong emphasis on practical metallurgy, culminated in his graduation in 1943 (aged 18!) with a Bachelor of Science (Engineering). He then moved to Melbourne where he worked on the physics of metal fatigue for the CSIR Division of Aeronautics recently established at Fisherman’s Bend. His years at CSIR (later CSIRO) included substantial interruptions for doctoral research at the University of Cambridge and a post-doctoral appointment at the University of Chicago. His PhD research, supported by an Angas Engineering Scholarship supplemented by CSIR, involved X-ray diffraction of deformed metals, under the supervision of Egon Orowan, one of the co-discoverers of the role of dislocations in the plastic deformation of metals. At International House at the University of Chicago he met his future wife Katalin – a brave young woman who had fled her native Hungary following the communist takeover, and completed undergraduate studies in Paris, before moving to Chicago for postgraduate study.

Mervyn Paterson was recruited to the fledgling Department of Geophysics at ANU as a Reader in Crystal Physics by Professor John Jaeger, and arrived in Canberra in early 1953.  The appointment by an applied mathematician of a metallurgical engineer to study rock deformation was an indication of Jaeger’s commitment to bring relevant expertise from the physical sciences into the earth sciences. Mervyn Paterson’s long and successful career at the ANU was founded on his flair for the design and development of innovative equipment, constructed in house, for the experimental deformation of geological materials under conditions of high pressure and temperature. His early work included studies of kinking and folding in phyllite, the mechanical properties of serpentinite, and seminal investigations of the transition with increasing pressure from brittle to ductile deformation. A comprehensive overview of brittle-field rock deformation was presented in Mervyn’s influential 1978 monograph, later updated in collaboration with Teng-fong Wong. Later in his career, in collaboration with his colleagues and his many students, he worked intensively on the plastic deformation of quartz, on the rheology of olivine-rich rocks of the Earth’s upper mantle, and on laboratory studies of seismic-wave attenuation.

By the time of Mervyn’s ‘retirement’ in 1990, his internally heated high-pressure apparatus for experimental rock deformation was clearly the instrument of choice for experimental studies of rock deformation. Through his company Paterson Scientific Instruments, and later in collaboration with the ANU’s Australian Scientific Instruments, he responded to pent-up demand by delivering such equipment of ever-increasing sophistication to leading laboratories worldwide. Recognising the importance to students of the chance to travel overseas to attend major conferences and visit other universities, Mervyn established and funded the Mervyn and Katalin Paterson Fellowship which annually provides such opportunities for ANU PhD students.

Recognition of his research achievements includes election to Fellowship of the Australian Academy of Science, the Mineralogical Society of America, and the American Geophysical Union (AGU) and award in 2004 of the AGU’s lifetime-achievement Walter H. Bucher Medal in recognition of original contributions to the basic knowledge of crust and lithosphere. Mervyn passed away peacefully on Thursday 4 June at St Andrews Village, Hughes. Mervyn and Katalin Paterson are survived by their children Elizabeth and Barrie and their families.

As a young postdoc interested in rock mechanics and microstructures, I invited Mervyn to our department in Bern to give a talk and a seminar. It was sometime in the very late 80s or early 90s, and he had been visiting the ETH in Zürich to help install one of his newest Paterson rigs …
Read More

(Unfortunately, I got the sad news of Mervyn’s passing away only at the end of October. Though I made several attempts to have some news inbetween. Hence this delay in my response) From the day I met Mervyn Paterson has his PhD student in the September of 1974 both he and Katerlyn have been …
Read More

When I arrive in Canberra in 1970, my ultrasonic equipment greeted me and we were able to synthesize high-pressure phases of minerals in Ted Ringwood’s lab.  But I had no way to measure sound velocities of these specimens at high pressure.  Mervyn kindly gave me access to one of his pressure vessels which enabled me …
Read More

Mervyn and Jaeger invited me to Canberra on a post-doc in 1963 when Mervyn was finishing his first high T/P apparatus. He was properly dubious but, being the gentle man he always was, permitted me to help complete it. It’s first use was in the experiments that showed the embrittlement of serpentinite at the …
Read More

How lucky we have been as scientists engaged in rock mechanics research to live and work in the presence of one of the legends in our field, Mervyn S. Paterson. While I never had the first-hand pleasure of working with Mervyn side-by-side in the laboratory, I have so many fond memories of discussions with …
Read More 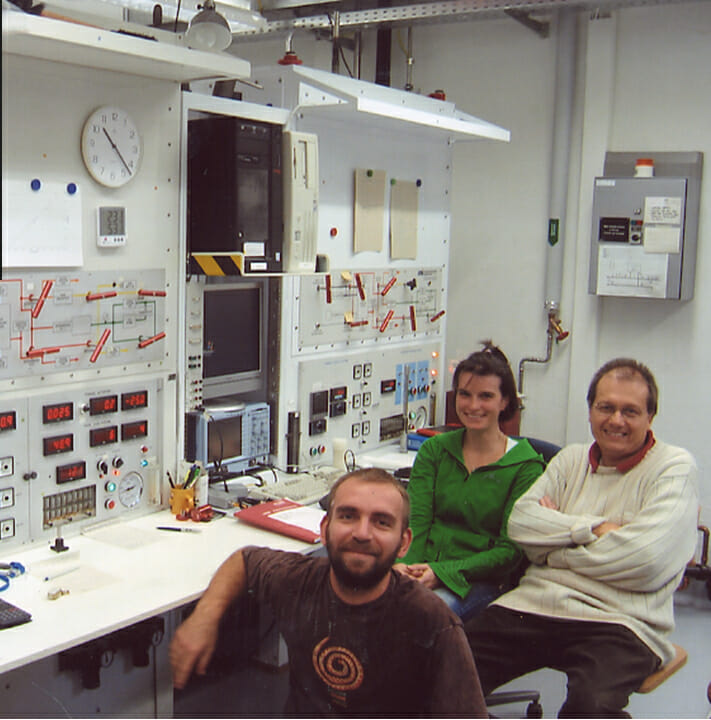 I write of memories of the friendship between my husband, Luigi Burlini (deceased 2009), and Mervyn Paterson. Luigi was the lucky director of the Experimental Deformation Laboratory in Zurich from 1998 to 2009, in the Structural Geology Group of Professor Burg. The laboratory was (and is) equipped with two Paterson rigs, affectionately known as Patti9 and Patti6. In those years …
Read More

Here is the beginning of torsion deformation of rocks at the ETH Zurich. Mervyn’s concepts on torsion were disputed but we decided to try it. The first torsion rig arrived in 1994, and after some lengthy unpacking was installed in a specially made pit to fit the height of the apparatus (#6). Mervyn could …
Read More 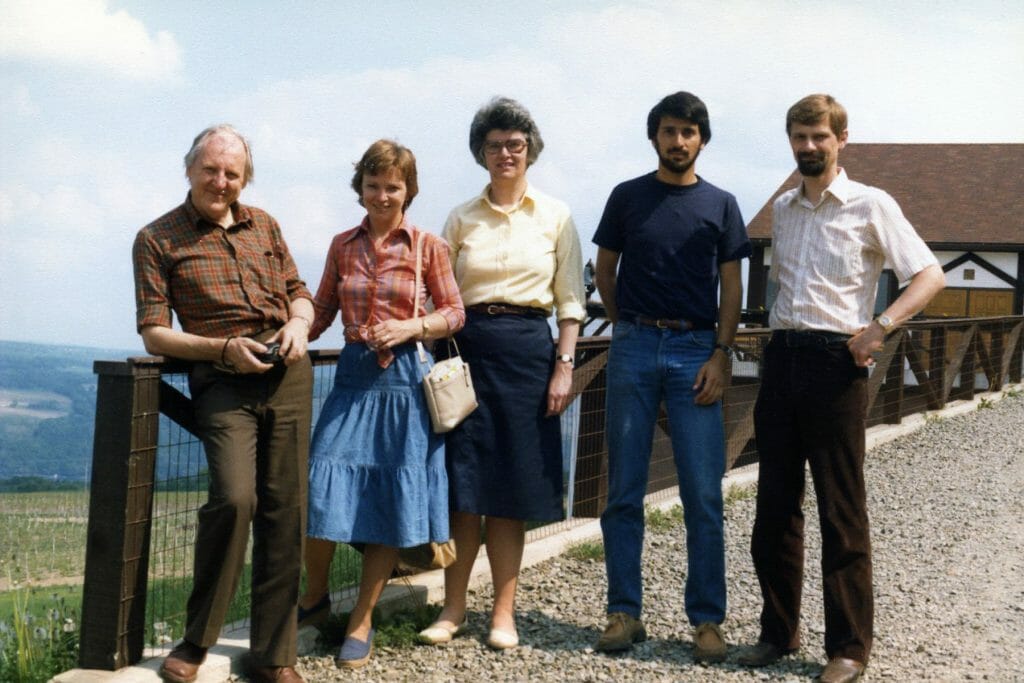 Mervyn set high standards in his own research, in his expectation of collaborators, and in his evaluation of Australian and other wines.  In the early 1970s, Mervyn generously took some of his sabbatical time to talk with a young postdoc officemate when we both worked in Bill Brace’s lab at MIT.  A decade later, …
Read More

The contribution of Mervyn Paterson to science and in particular to the experimental rock deformation has been enormous, and his papers have contributed substantially to my own development. I must have read his 1980 paper on Carrara marble, with Stefan Schmid and Jim Boland, more often than any other paper. At the HPT-laboratory at …
Read More

I started my PhD with Mervyn in early 1980. Having come to ANU with a degrees in Physics and Mathematics, and spent my Master’s research doing observational stellar spectroscopy, I lacked a background in geology and certainly in the mechanical properties of rocks and minerals. On my first day, Mervyn summoned me into his …
Read More