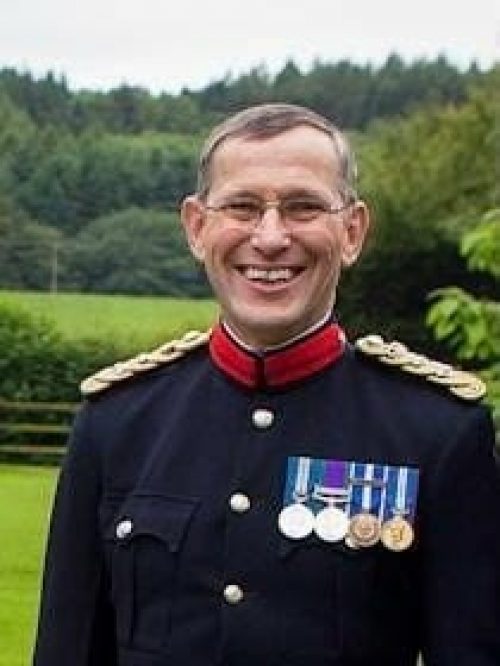 This book remembers our friend, colleague, father and husband Robbie Hall who went home to his Lord on Friday 6th November. The book will collect remembrances from those that knew him and had the honour of experiencing his kindness and fellowship.

Robbie was born and raised in the Scottish Highlands then latterly in Northumberland. The fourth of five children, he joined the British Army at the age of 18 hoping that three years of service would do him good; he finally left after 37 years, having enjoyed the most remarkable career.

Early in his career he completed the Commando course, earning not only the coveted green beret but also the Commando Medal. He served as a bomb disposal officer and was awarded the Queen’s Gallantry Medal, by her Majesty at Buckingham Palace, for defusing a World War Two bomb found in a gasometer at the Beckton Gas Works in London.  He was privileged to attend the Canadian Forces Command & Staff College in Toronto where he was awarded a Distinction as well as gaining an MBA from Shrivenham later on in his career. He was an experienced army diver eventually becoming CO of The Defence Diving School. His last, very challenging posting, was as the Commandant of the Defence Explosive Ordnance Disposal, Munitions and Search Training Regiment at Kineton.

During Robbie’s second six month tour in the Falkland Islands he attended a Bible Study and became a Christian, and spent the next thirty years as an enthusiastic and strong witness to Christ’s saving grace, including supporting not only local Churches wherever he was posted, but also working closely with several of the various Military Christian organisations.

Not content with retirement after the army, he elected to complete a second Master’s degree in Bible & Mission and then formal ministry training. This culminated in his greatest posting ever when he became the beloved Pastor of Hope Baptist Church in Bridgend. Beyond all of these accomplishments he was an incredible father to Ben, Jamie and Thomas, and a devoted husband who recently told Helen, his wife, that he wouldn’t have changed one day of his life.

Please feel free to share your memories of Robbie on this site, as this may provide comfort to his family and friends, as we also celebrate his life and the person Robbie was.

If you wish to make a donation, the family have asked that it would be made to the Hope Baptist Church, Bridgend where Robbie was Pastor before going home. The donations will be used for the many and varied building projects within the church which were very near and dear to Robbie’s heart. Please see the details below if you would like to do this. If you wish to send a cheque then please make this payable to “Hope Baptist Church” and post it to the address below.

Robbie’s funeral is taking place on Wednesday 18th November at Hope Baptist Church. Due to current circumstances the funeral must be by invitation only and will sadly be limited to very close family and friends, but it will be possible to watch the service online through the Hope Baptist Church Bridgend Youtube page. A larger thanksgiving service is planned once circumstances allow for wider attendance.

Robbie was dearly loved by his family and respected by all those he had the opportunity to work with, both during his 37 years within the British Army and in his role as a Pastor beyond this. His loss is felt by all those that knew him. 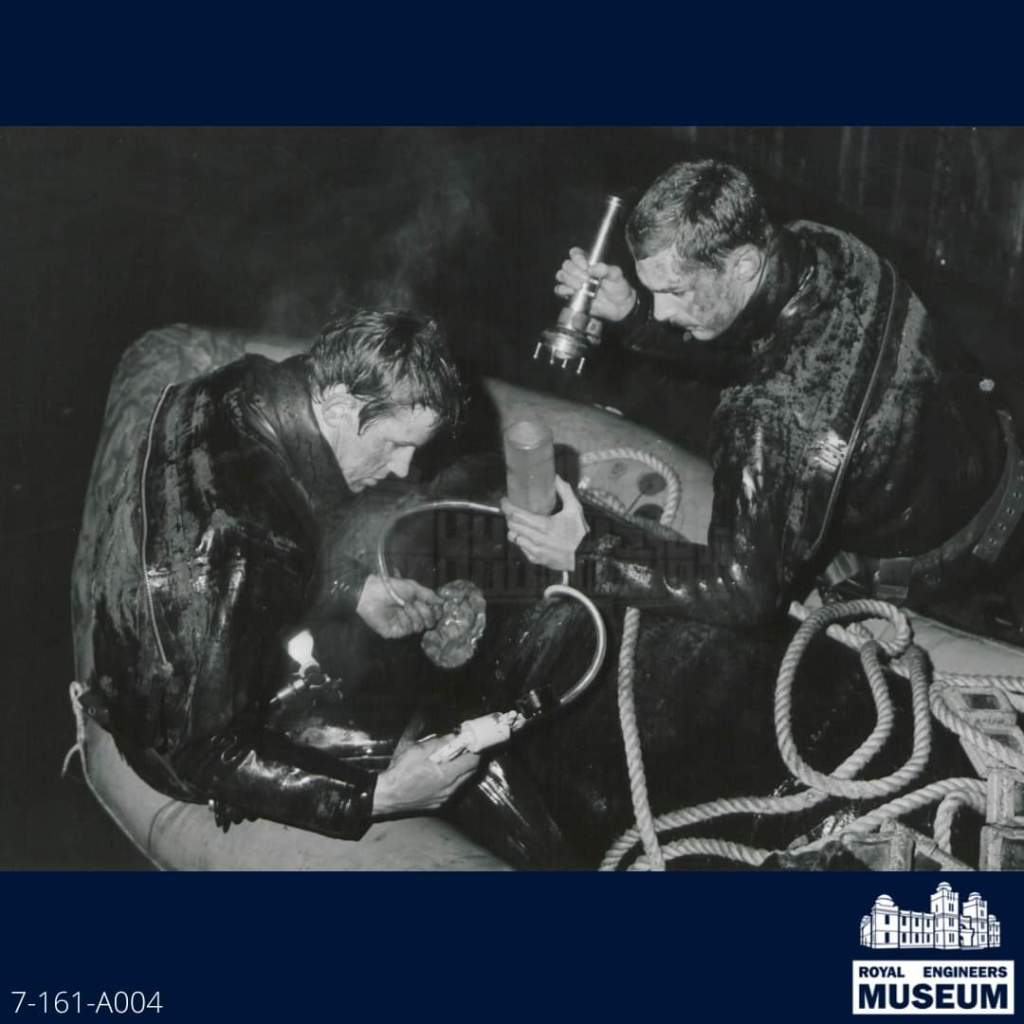 It was with great sadness I read of Colonel Robbie Hall’s death. He was my last OC and, by a long chalk, the best I ever served under. After seeing the attached photograph posted by The Royal Engineers Museum it brought back a flood of memories. Especially as I was honoured to be in …
Read More

Pavan and Tyler extend our deepest sympathies to the Hall family. We are blessed to have gotten to know Robbie and will cherish our memories of him. What always stood out to us was Robbie’s unique ability to tell a good story and his sense of humor – he always made people around him …
Read More

We first met Robbie through friends when he was considering entering formal ministry with the Baptist Church.  He was clearly cut out for an important leadership role in the church and we had no hesitation in encouraging him, in the end introducing him to Ewyas Harold Baptist Church where he was a member when …
Read More

Rob was our much-loved nephew,friend and hero. We first met him when he was a toddler. A few years later, when he was a very young man, we gave him a lift down from the North, where we had been visiting older relatives, down to Aldershot at the beginning of his army career. Many …
Read More

On being posted to the Main Building of the Ministry of Defence (MOD) in Whitehall, Robbie wasted no time in getting in touch with the Combined Christian Fellowship there.  It was in that context we first met.  And it was an encounter with gold.  Pretension was entirely lacking from Robbie’s character.  What you saw …
Read More

I was privileged to get to know Robbie when I was a young BFES teacher in Iserlohn. I have vivid memories of him sitting in the midst of us teachers who lived in the mess, squashed into Trudi’s room. With his boyish face and twinkly-eyed smile, he won us all over – but to …
Read More

We thank God for the ministry and teaching you gave us all in your short time with us.  Rosemary and Bob. …
Read More

We first met Robbie and Helen in Iserlohn when I was posted to 5 Field Squadron Royal Engineers where Robbie and I were both young and fairly green troop commanders.  I admired Robbie for his superb fitness and dedication to his troop.  I also rather envied the obvious respect and affection with which he …
Read More

To you, Helen and all your family, We at Hope lament the fact that we have not been together as a church for the much needed comfort and support.  We have been forced to march to the drumbeat of Covid -19.  With our church building closed,  our grief and deep sense of loss has, …
Read More

Robbie was my half brother Peter’s son. I knew of him rather than knew him. Since David, my husband and I were living on the other side of the planet now, this was not surprising. But the planet had become a smaller place and one day Robbie and Helen turned up in New Zealand! …
Read More