I have fond memories of Nick. I worked with him on so many e-media projects and travelled with him to conferences and meetings accross Europe and Africa. He was such a gifted and yet a very humble man. He used his talents to benefit the veterinary world and science in general. At the RVC, he led a team to build Wikivet from scratch and which has gone on to benefit so many students of veterinary medicine  not only at the RVC but the worldover. The projects he brought to fruition such as the dragster program in anatomy, videocasts and OVAM just to name but a few are outstanding works of a man who always wanted to stay out of the limelight. Words fail me to capture Nick and his contributions. I know know there are many out there including colleagues from Murcia, Spain and Dublin who would have loved to pen their tributes  and  in the words of one of them- ‘we are filled with sorrow and proudness’.

I have lost a great friend. 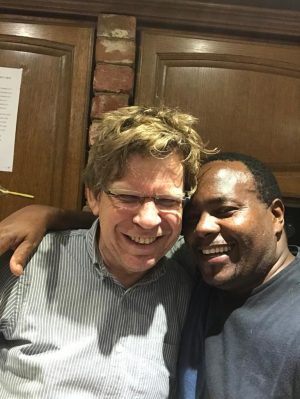