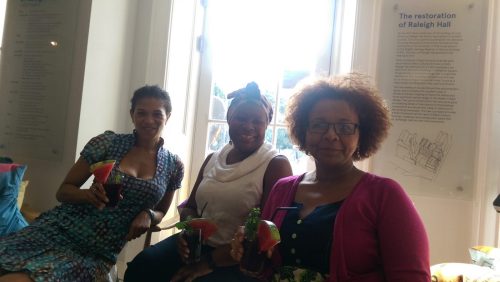 The photo of Maxine, my mum and I, was taken at the Brixton archives in 2017, when my mum was visiting from Ghana.

I’ve known Maxine since I was 7, when I moved to the UK from Ghana. There were a few interesting co incidences over the years between my family and hers.

My dad Max ( who always calls Maxine ‘Comrade James’, ) worked together at Equinox consulting. My mum’s older brother is also called Norris, like Maxine older brother, and one of my younger brother’s was born on Maxine birthday.

My family moved to Ireland when I was 14, so I saw more of Maxine when I moved back, in my 20’s after Uni, I typed up one of my first resume’s in the Brixton office, and she consoled me through breaks ups, and encouraged me to stay at the house to recover. Maxine gave me furniture when I moved house out of living with a flatmate, and encourage me to read development books, the first one I read was the Tony Robbins one.

I would house sit and feed the fish when away on holiday, I’ve had so many happy memories of Maxine’s birthday at the Streatham house, and Christmases, and making Rum punch, and attempting curried Goat, I will miss us shopping in Brixton, or in town, cooking and making up dishes with the Vita mix, lounging on the Sofas and watching movies, meeting up in Accra at the house, or at the beach, it feels really shocking that your not here, my first thought when I heard from Kabuki was that you might be in Accra for your birthday and meeting up with my mum.

Last time we met up in town you were buying boots to climbing a mountain, I was feeling quite doubtful about getting some boots and going climbing, I was looking at Gym gear and in between we were talking to Kabuki at Uni on the phone. I then found myself climbing a mountain in India

Maxine I will miss you dearly, you’ve been there in my childhood, and my growing up into Woman hood.

Kabuki, William, and the family,

I have no words for you,

my compassion and love. 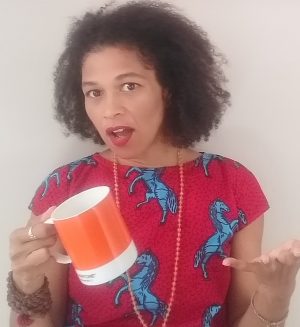