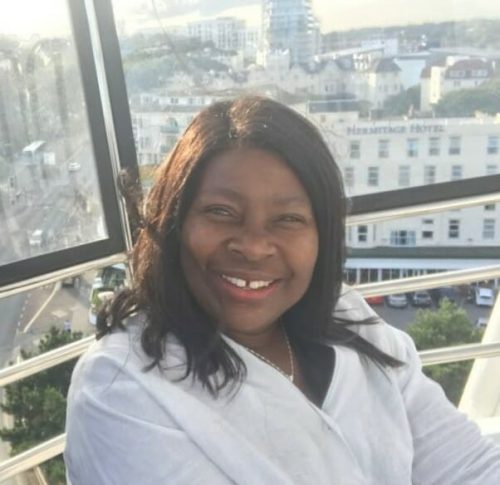 It is with great sadness that we announce the passing of Maxine Marie James.

Maxine was a true child of the Windrush Generation.  Born in Kingston Jamaica, she joined her family in England at the age of 12.  She lived and went to school in Birmingham before moving to London to begin her working life in administration. She decided to further her education and obtained a Higher National Diploma in Business followed by a Postgraduate Diploma in Economic Development. She was a member of the Institute of Management Consultants.

Maxine was a trailblazer.  In 1983, she co-founded Equinox Consulting, a management consultancy set up to promote economic, social, and political advancement for people of African and Caribbean descent. She organised training programmes and carried out ground-breaking research projects that shed light and found solutions to the seemingly intractable problems facing inner city and disadvantaged communities. She was an ardent champion of equality to make this country a better place

Maxine worked extensively across businesses, local governments, communities, health and education sectors.  She was a treasurer at VOUCH UK, a charity for Jamaican children and a former chair of Haringey Refugee Consortium. She served as the community and business forum representative on Brixton Challenge Board, which was set up following the 1981 riots to regenerate Brixton.  She was a former director of Business Link London Central, the Brixton Challenge Company Ltd and Haringey Refugee Consortium Ltd.  She led on procurement issues on the Board of the Ethnic Minority Business Forum, which advised the Small Firms Minister in the then Department for Trade and Industry (DTI).  She was a former director of Black Roof Community Housing Association, the Southeast London Community Foundation, and a Non-Executive Director of Kings College Hospital NHS Foundation Trust. She was a governor of a primary school in Lambeth and she was a former chair of the BME Leadership Forum, which was sponsored by the NHS Confederation and the Royal College of Nursing.

A passionate campaigner and activist, Maxine was an active member of the Labour Party for more than 20 years.  She held several positions, most recently as chair of Streatham Constituency Labour Party – the first Black woman to hold this position in Streatham.  She established the very first Labour Party Ethnic Minorities Forum in the UK, providing a template for other CLPs to follow.  At the time of her passing, Maxine had just been elected to the London Labour Regional Executive Committee.

A devoted and loving life partner to William and proud mother to their daughter Kabuki Tayo whom she nurtured, Maxine leaves behind a brother, aunt, many cousins, nephews, nieces, colleagues and friends who love her and will sorely miss her. Her vivacious and caring spirit touched and impacted many.

She would want us to continue her struggle for the causes she strongly believed in: committing to the service of others, creating opportunities and improving lives.

She gave love to many and is loved by many. We will miss her.

May her soul rest in eternal perfect peace and power.

It was a great shock to learn of Maxine’s departure. I have known her for a long time through the Labour Party, and had encouraged her to become a member of Streatham Action Committee, where I am Chair. She agreed and was voted on to the committee in this year’s election. I was hoping …
Read More

The Mysterious Postcard came from Russia, despatched by a new acquaintance enchanted by Maxine on a brief stopover in Moscow on her return to the UK from visiting Accra, Ghana. Thus was born the legend of Comrade James; ‘stirred by deep passions but rarely shaken‘. Licensed to Thrill, she was the big sister our …
Read More

I will remember Maxine as a keen, articulate and able member of our Labour Party. …
Read More

Maxine, a very dear and special friend. I will never forget the cold fear that crept over me when Maxine responded to my belated birthday message to say she was in hospital and when I then read her description of her condition.  She was, as usual for Maxine, very positive and expressed her utter …
Read More

It’s taken me sometime to put my deep sadness in losing you Maxine. In thinking about you I believe that you were sent by the Lord to open the door to my purpose and what I do today. Thankyou isn’t enough. You gave me my very first shot in fighting for equality, justice and …
Read More

I met Maxine as Tayo and Evie were at the same secondary school Nonsuch High School in Cheam. She was the friendliest person, always smiling and laughing and would always make time for everyone. Evie was so at ease with the whole family and shared many happy times with Tayo, William and Maxine over …
Read More

Dear Maxine You will be so missed by all in Clapham Common ward. You achieved so much. All our love and sympathy goes to your family.     Joanna Reynolds   …
Read More

So shocked and sad to hear this tragic news. I only knew Maxine through the meetings of LCF, but she left a such a great impression on me.   A good person, keen to help others, so full of life and energy!  May Maxine’s soul now rest in eternal peace. …
Read More

L. Sergius Ephson Dear Maxine, I am shocked and saddened to hear of your passing. So many happy memories of working with you and Ade, on weekends delivering courses to Black and Ethnic Minority classes all over London. Though we lost contact in later years when I moved from Enhland, I always remember your …
Read More