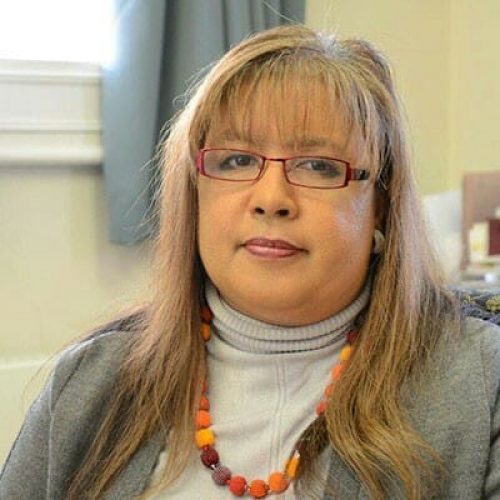 It is with great sadness that we mourn the loss of Advocate Karen McKenzie, former Head of Human Rights at the Commonwealth Secretariat. A proud South African, Advocate McKenzie worked tirelessly for over a decade with Commonwealth member states to promote Commonwealth values and principles.

Post-apartheid, she served in the Government of South Africa’s Ministry of Justice, and Ministry of Police. She regarded serving in the first and second democratic governments of South Africa, under the leadership of Presidents Nelson Mandela and Thabo Mbeki, as immense privileges and life affirming experiences.

A lawyer by training, she practiced as an Advocate of the High Court of South Africa. She was the former, and only female Police Ombudsman for South Africa. She was a member of the Interpol Group of Experts on Corruption; an Expert Adviser to the African Commission on Human Rights and People’s Rights; a member of the drafting team for the Robben Island Guidelines on the Prohibition and prevention of torture in Africa; and established the African Policing Civilian Oversight Forum. As a former international development consultant, she worked on projects for UNICEF, UN Women, UNDOC, the EU and several governments.

She was survived by her daughter Taila-Jordan, family, friends and colleagues by whom she will be missed.

I am so saddened by the death of Adv. Karen. I have had the opportunity of working on some projects which the Secretariat intended to sponsor. I remember that she had a keen interest in Cameroon in general and on the work of the National Commission on Human Rights and Freedoms in particular. We …
Read More

You have left a great blank in Marlborough House and the Commonwealth Thank you Advocate Karen for your colleagial and empowering character      For your intellect and generosity     Gentle, encouraging and delightful In my islands of Tonga, we say    “The bloom is broken but its aroma lingers”    “Mapaki e …
Read More

Dear family and friends of Karen, It was with great sadness that I learned of Karen’s passing. Having had the opportunity to work with Karen on several occasions at the Commonwealth Secretariat, I have always admired her passion for human rights and equality, her work ethics, and dedication. Her knowledge and extensive experience made …
Read More

Karen was a steadfast champion for human rights, and for Commonwealth values. She played an important role in building a more inclusive Commonwealth, working with civil society organisations and with member states. She worked closely with the UK for CHOGM 2018, and in supporting the Commonwealth’s small states. She was a great colleague. Her …
Read More

Dear Bereaved McKenzie Family On behalf of my family and staff, I would like to convey our heartfelt sorrow to you.  Your loss is our loss, your grief is our grief, and we express our deepest sympathy to you. We pray that God will give you and her colleagues at the Commonwealth the strength …
Read More

I would like to express my most sincere condolences to the family, friends and colleagues of Karen during this time of loss. You are constantly within my thoughts. I had the privilege of working under Karen for a year (2012-2013) whilst at the Commonwealth Secretariat, Human Rights Unit. This year was incredibly formative for …
Read More