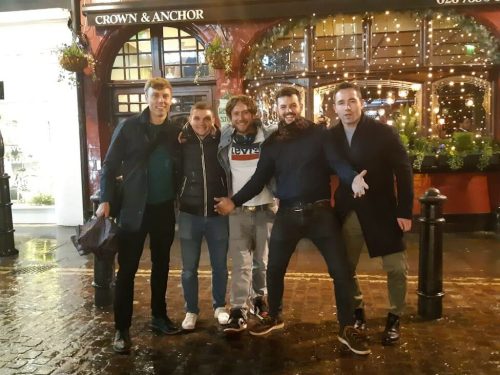 I met Henry when we started our PGCE at St Mary’s College together. Although most of the men on the course – being in the minority – banded together fairly quickly, on a small handful became people I would continue to keep contact with and call friends. Henry was one of those people. Henry always struck me as someone who exuded calm and assurance; he knew what he was about and what he wanted to do, or at least he seemed to do so more than I ever did. Over the course of that year, he became someone who I could trust and respect. Someone who, despite being younger than me, was someone I could look up to and learn from.

We often spoke about our ambitions and what we wanted form our careers, from our lives. It shocked me somewhat to think that someone around my age seemed to not only know what they wanted to do but who actually had some sort of semblance of a plan. That feeling became a driving force for me. Even now, I think to myself what Henry in particular would think about my ‘career moves,’ what we would  talk about next time we met. I have enormous respect for Henry’s choice of career path; we had spoken together about going into leadership, headship even when we started on our journeys, Henry had the courage to put himself and his family in front of the natural (or blind) desire to progress I think we had both shared at one point. He told me he had decided that he enjoyed being in the classroom too much, that he wanted to spend more time with his young family and less time with the stress of leadership. From our conversations and what I have read so far, I know he was a fantastic teacher who touched many lives.

Henry and I later returned to St Mary’s to do our postgraduate Master’s degree. Again, Henry was the person I looked to for help and guidance. I don’t think i would have made it through it without him. During the pandemic, he went out of his way to help me set up systems in my school which helped get us through. We chatted about my marathon attempts – perhaps there is no better illustration of the contrast between my wild stabs in the dark and Henry’s dedicated and patient approach. I did not take up running as a full time hobby. He was generous with his time and knowledge and I will always be grateful for that.

Along with Bart, Clive and Dec, we met up fairly regulalry after our time at St Mary’s. As many will know, it is easy to lose contact with people when you move on from the thing that held you togehter but we stayed friendly and kept chatting about all kinds of things. We went to Dublin together, to each other’s weddings and on a few nights out. We all appreciated Henry’s dancing skills and his low tolerance for a session on the beers – I’m sure the two were not mutually exclusive. The photo in this post is the last time I saw Henry. I wish it wasnt. I also wish that it wasn’t four years ago. I wish we had managed to meet up again, to make the connections we had so often missed and maybe just make the effort. The next time our group meet meet, it will be to remember our friend and it will be not be the same.

A lot of people have more of a right to feel Henry’s loss than me: his wife whom he talked about with love, and his boys who I know he was proud of. I hope they find the strength to be thankful for having had him at the center of their lives for as long as they did, and that his family and friends help to preserve your kind, gentle and good spirit.

I will continue to think of you. You will always be someone I continue to measure myself against, someone I respect and admire. Thank you Henry

I read this recently, it helped me.

Has it then all been for nothing that you have had such a friend? During so many years, amid such close associations, after such intimate communion of personal interests, has nothing been accomplished? Do you bury friendship along with a friend? And why lament having lost him, if it be of no avail to have possessed him? Believe me, a great part of those we have loved, though chance has removed their persons, still abides with us. The past is ours, and there is nothing more secure for us than that which has been. – Seneca 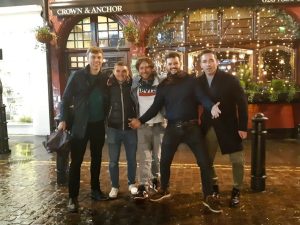