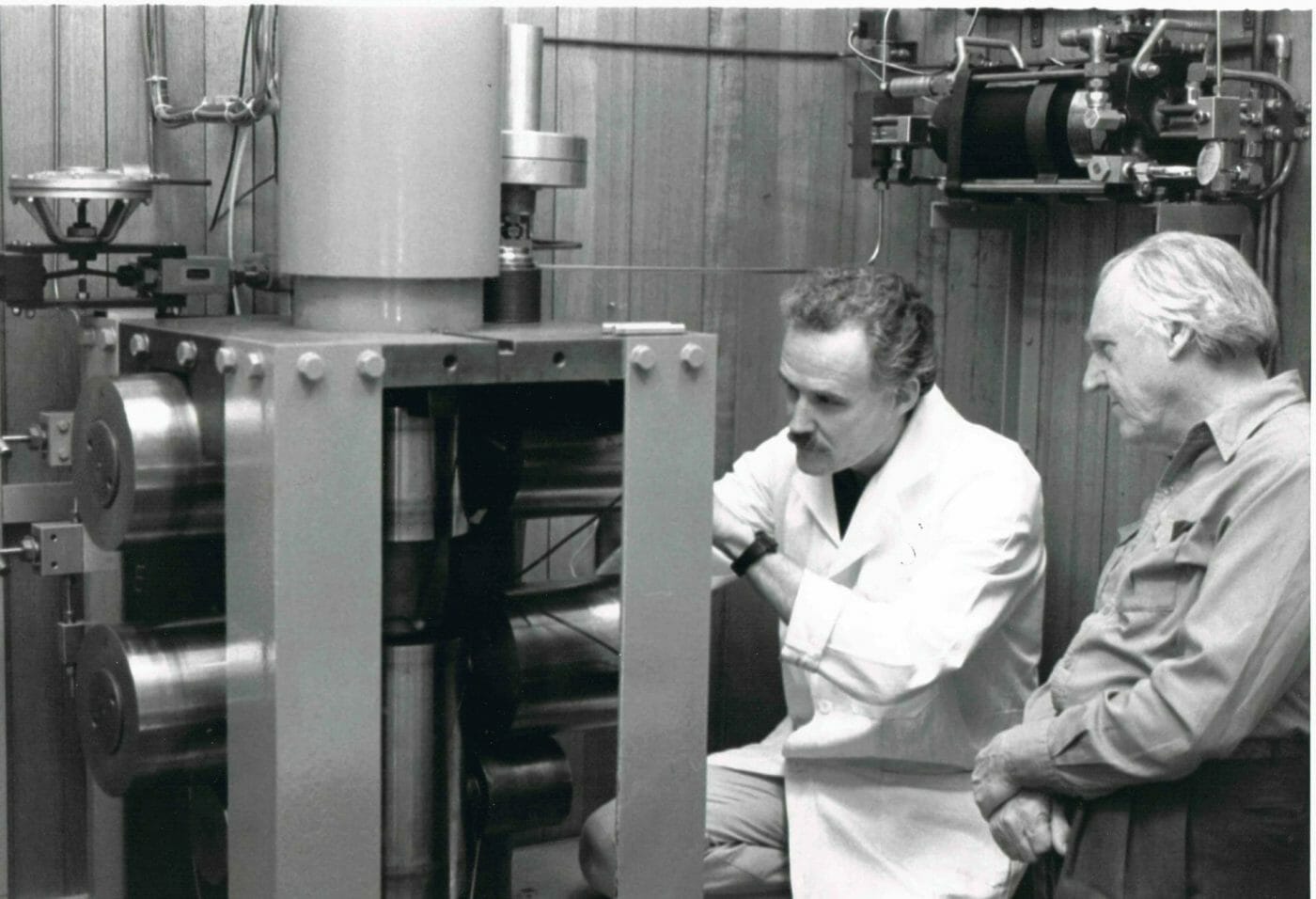 Following a postdoc in the United States, I returned to the ANU in 1978 with an idea for a new direction for laboratory measurements of the seismic properties of rocks. Because such measurements would need to be made under relevant conditions of simultaneous high pressure and temperature, I sought to interest Mervyn in the design of appropriate specialised equipment. That enduring collaboration provided me with training second to none in the principles that underpin design of high-pressure apparatus and in all the detective work involved in diagnosing and rectifying the problems that inevitably arise essentially invisibly within steel pressure vessels. It is a tribute to the quality of Mervyn’s design that the outcome has been an instrument of remarkable versatility whose full potential is still being realised 40 years on. In working closely with Mervyn over more than 40 years, I became aware also of his broad range of extracurricular interests: from his abiding interest in the natural world, through the arts, food and wine, to current affairs and politics. I have fond memories of stories from Mervyn’s regular walks over Black Mountain – in the School tea room, he would report, for example, on gang gang cockatoos nesting in a tree hollow or on ground orchids springing up after recent rain. Concerning our shared interest in current affairs, I well remember an encounter with Mervyn on the lawns of Parliament House in 2003 where we had gathered with many others to protest against the Howard Government’s support for the misguided American invasion of Iraq. In the culinary realm, celebration of Mervyn’s 95th birthday earlier this year involved much enjoyment of shared food and wine including a well-aged bottle of his favourite Yalumba Barossa shiraz. I am pleased to share these memories of Mervyn with Elizabeth and Barrie and their families, and indeed with all of you, and to extend a fond farewell to Mervyn – my long-time mentor, colleague, and I would like to think, in many ways, a kindred spirit. With a powerful intellect and a wonderful open-ness to new ideas this boy from the bush evolved into a cultured and engaged citizen of the world, who will be sorely missed but fondly remembered.