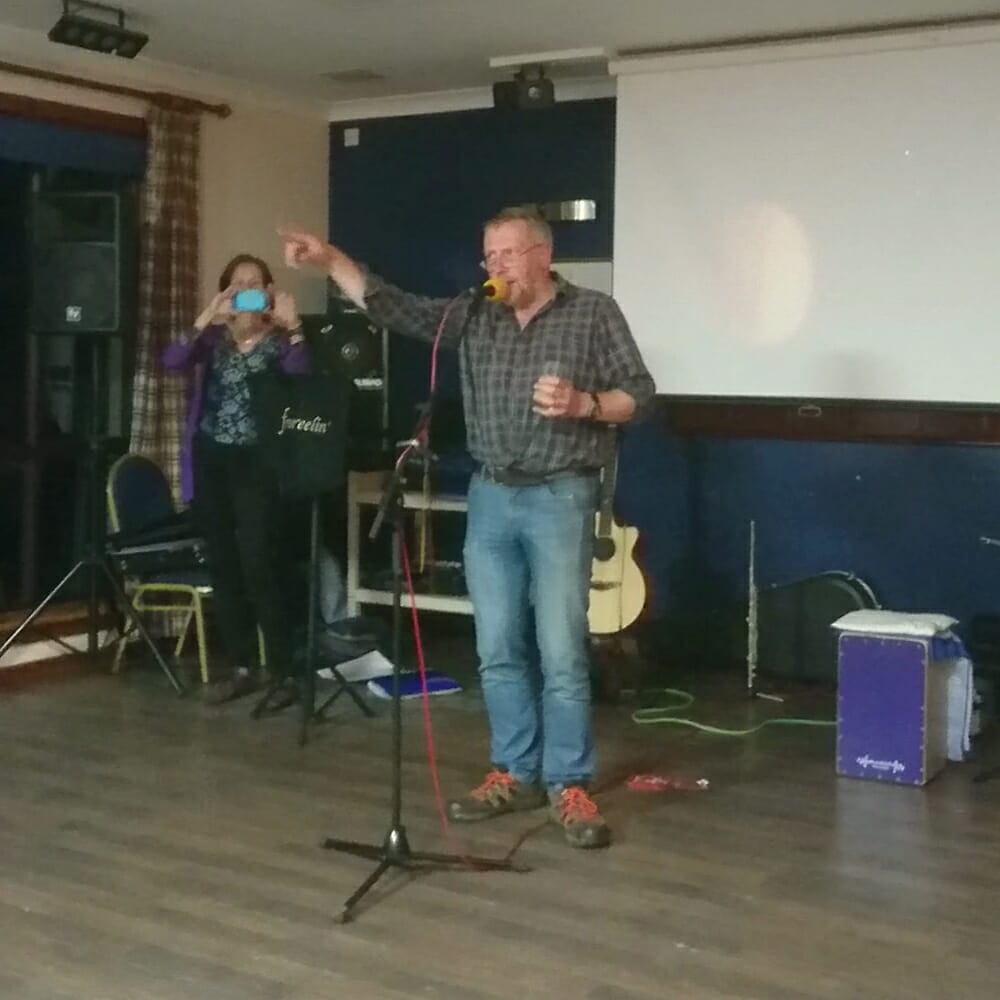 Like so many of those who have joined SMRU over the years, I remember clearly that Bernie was one of the very first people to welcome me. In my case that was back in 2002 and he was playing the role of a cheery guide just showing candidates around the Unit and, of course, at the same time getting to know them while also helping to put them at their ease before their interviews. Fortunately, that worked out quite well for me and so a few months later Bernie then became both a friend and colleague. Naturally, over the years since then we ended up sharing no end of discussions, debates, events, off the wall ideas, stories, and jokes.

No doubt for a long time to come many of us will keep catching ourselves waiting for some typical contribution from Bernie. We’ll just have to try to remember, especially at moments like those, he’d want people to smile and even for someone to make everybody laugh.

Top photo: Bernie, back in 2017 and so once again helping lay the groundwork ahead of a big breakthrough, leading a new audience in a sea shanty at the big tenth anniversary celebration for the Masters in Marine Mammal Science course.

Bottom photo: Bernie the Joker – An obvious choice back when SMRU Instrumentation were designing a pack of playing cards. 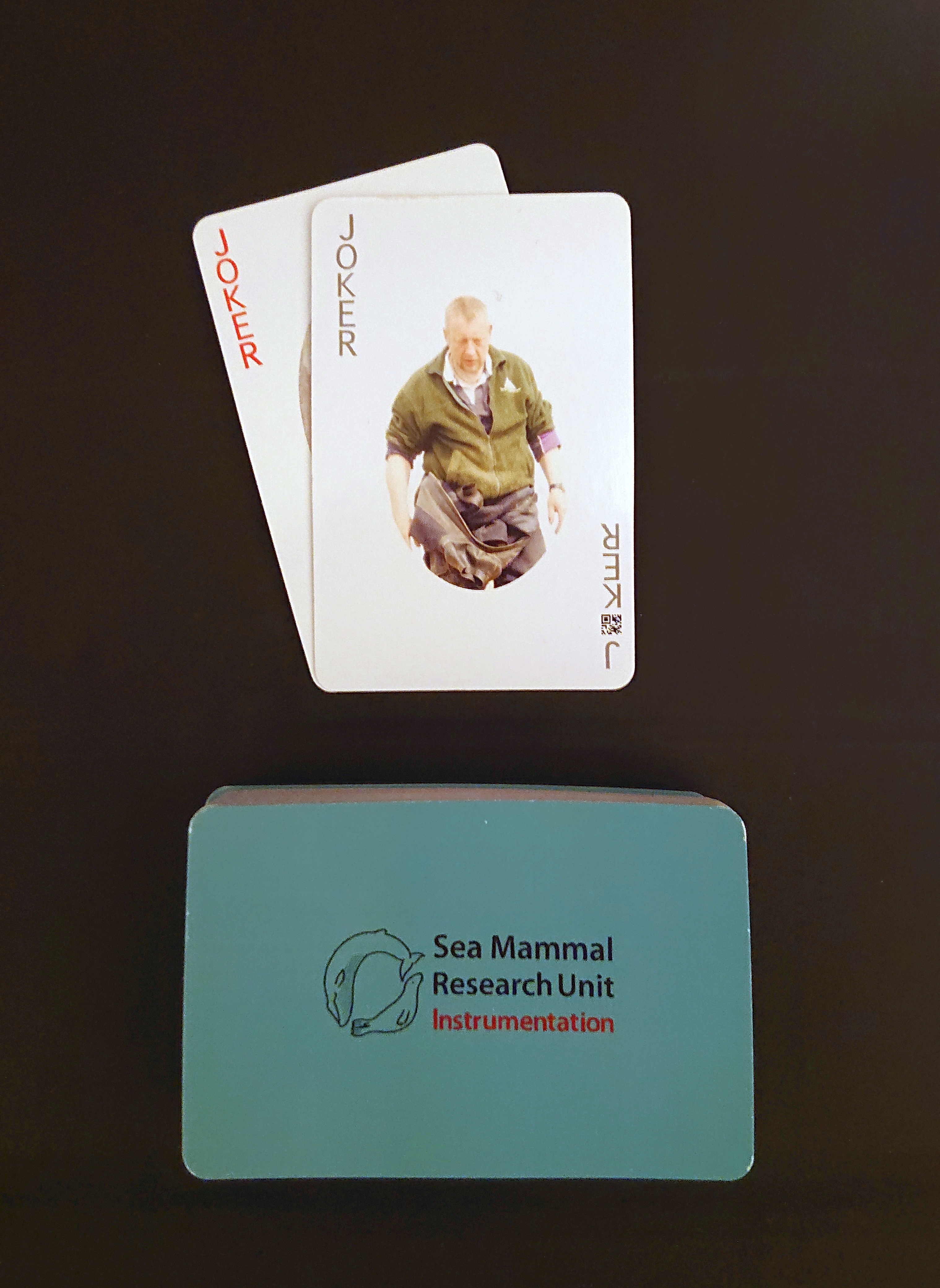