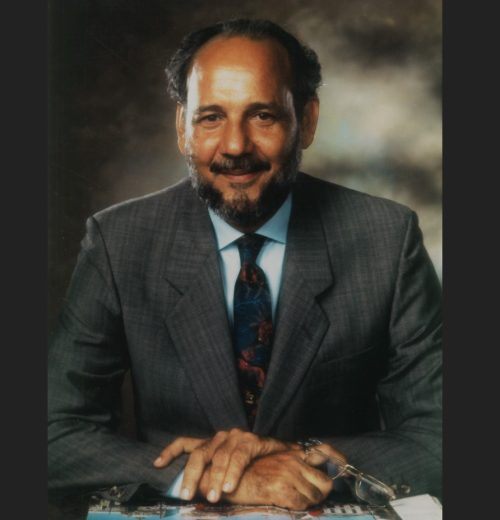 He studied at The Imperial College of Tropical Agriculture in Trinidad and Tobago as well as the University of British Columbia, Canada.

Sir James entered politics in 1966 as a candidate of the Saint Vincent Labour Party.  He was the Minister of Agriculture from 1967 to 1972.  In that year, Sir James resigned from the Labour Party and won re-election as an independent candidate. He then became Premier with the support of the People’s Political Party (PPP) and served from 1972 until 1974.  In 1975 he founded the New Democratic Party (NDP).

When Sir James became Prime Minister in 1984, he also held the portfolios of Minister of Finance and Foreign Affairs. He won four successive terms during his tenure and became one of the Caribbean’s longest-serving Prime Ministers.  He retired as Prime Minister and NDP President in 2000.

He believed in the greater political integration of Caribbean countries. In 1987, at the Eighth Conference of Heads of Government in the Caribbean Community (CARICOM), he stated, “As I see it, we must have one flag, one anthem and freedom of movement of people, services and capital.”

As a regional leader who helped form the Caribbean Agricultural Regional Development Institute (CARDI) and as a professional agronomist, Sir James identified agriculture as playing a continuously crucial role not only in the development of St Vincent and the Grenadines but also the wider Caribbean. He believed that “agriculture must thrive” despite the challenges facing the region.

Sir James published articles and books on a variety of issues in agriculture and Caribbean society.

Book Owner: High Commission for St Vincent and the Grenadines

When a great statesman leaves this realm to their eternal rest the good which they have done is left behind as their continuing legacy   On behalf of the St Vincent and the Grenadines Women’s Association we give our most sincere condolences at the passing of Sir James Mitchell.  A Statesman and leader who left …
Read More 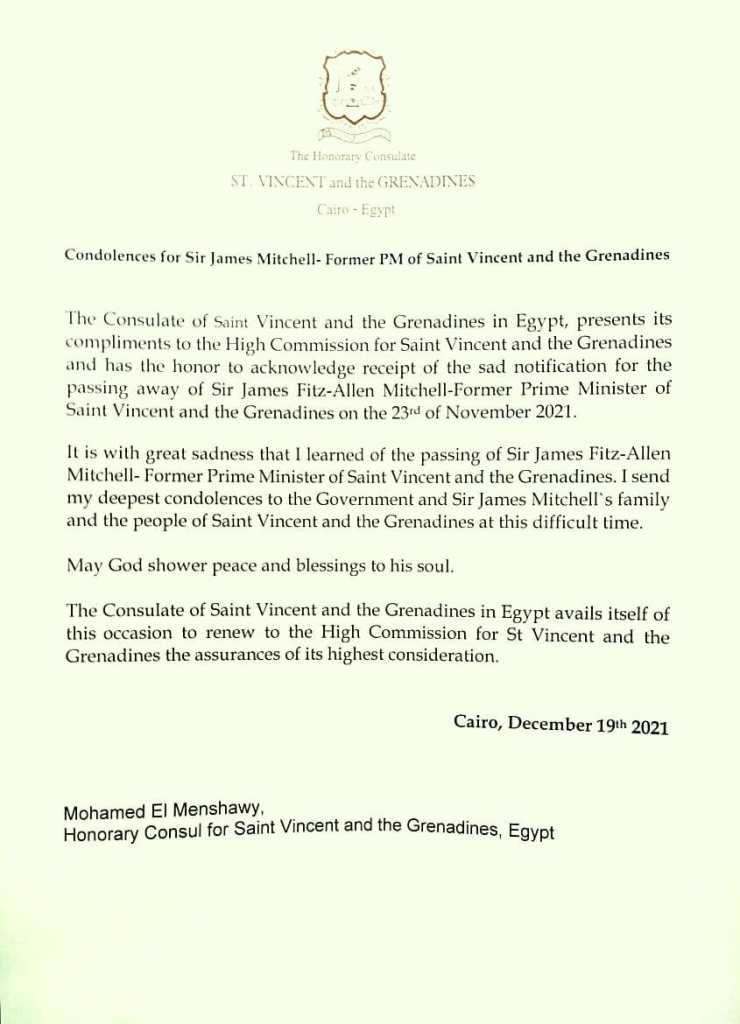 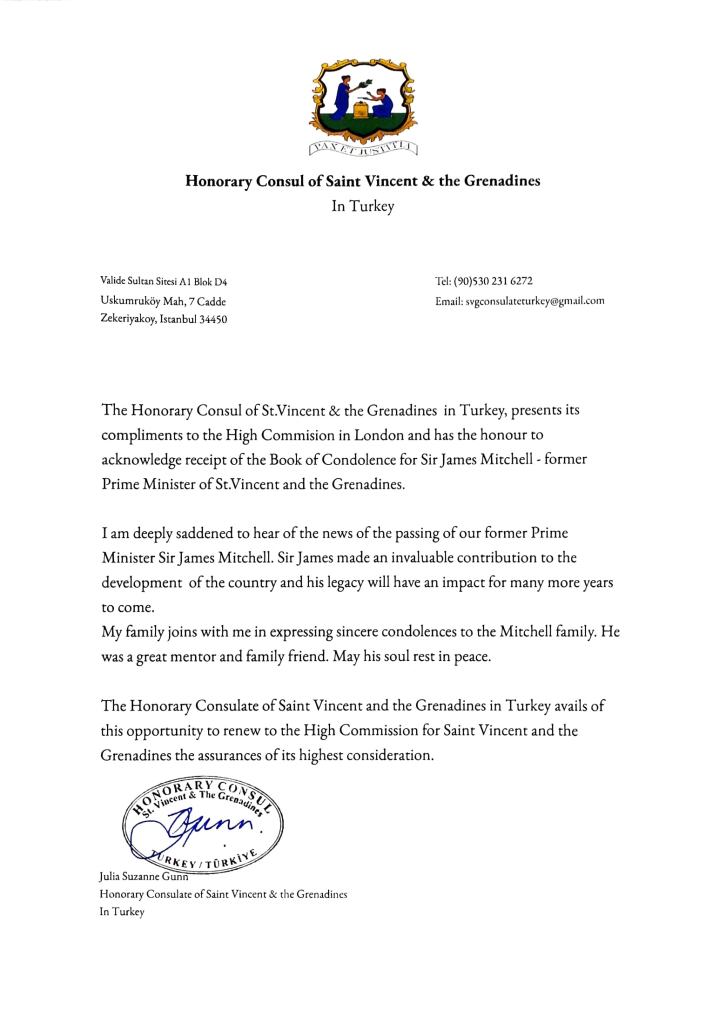 Celia John Sir James you were a great leader .St.vincent has lost an incredible life. Rest in eternal peace. My deepest condolences to his family. 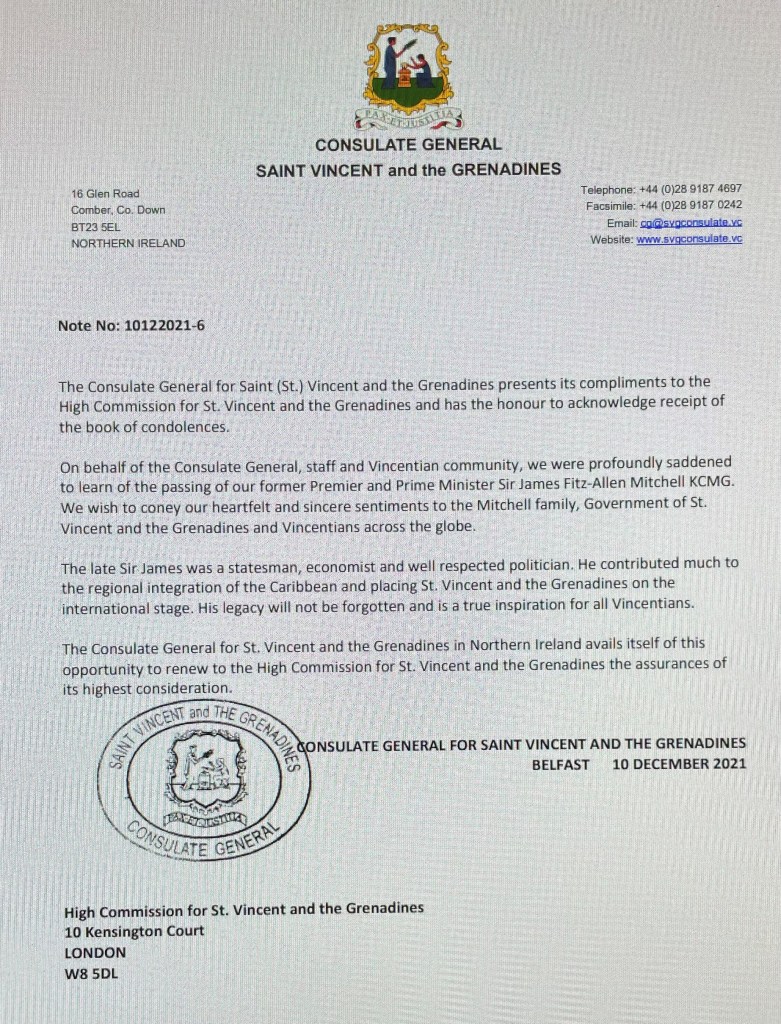 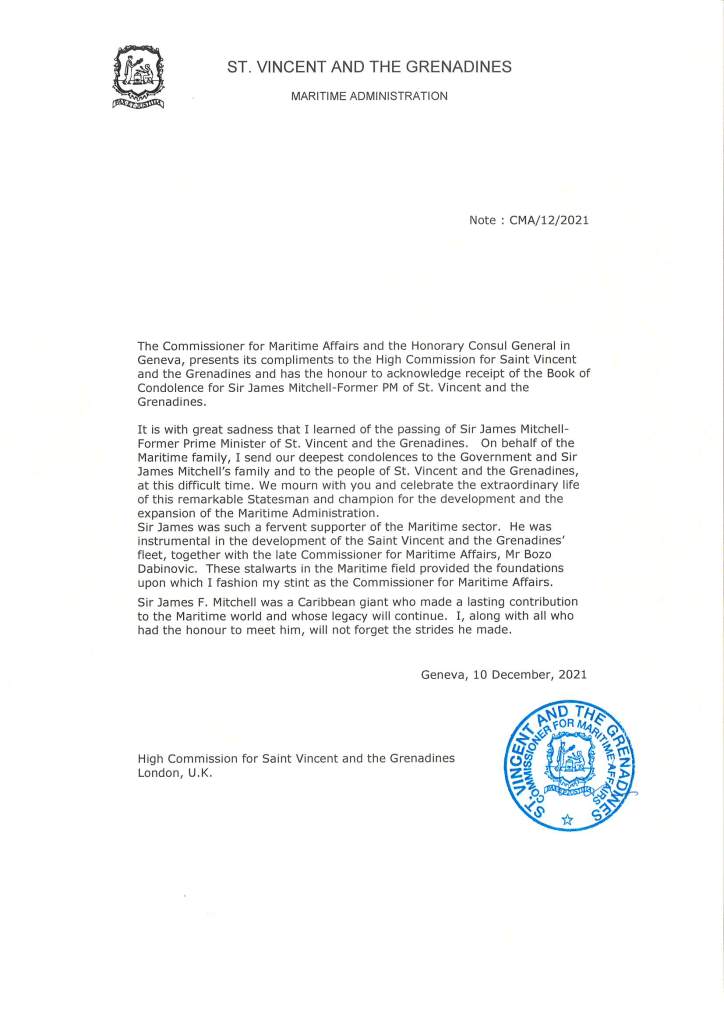 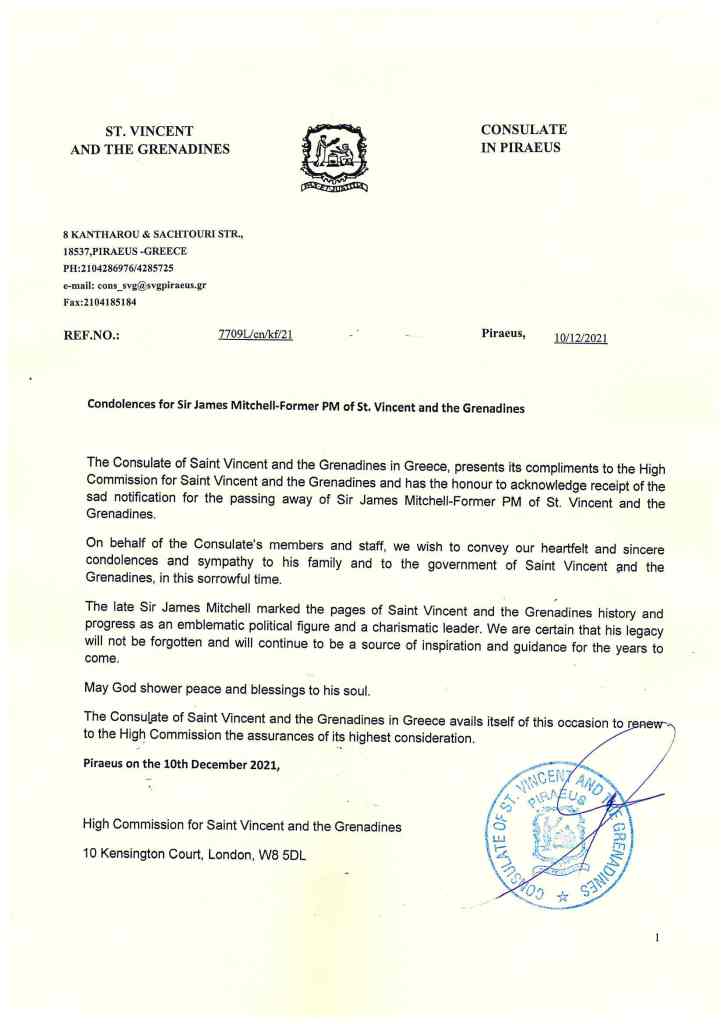 CONSULATE OF ST.VINCENT AND THE GRENADINES IN PIRAEUS GREECE 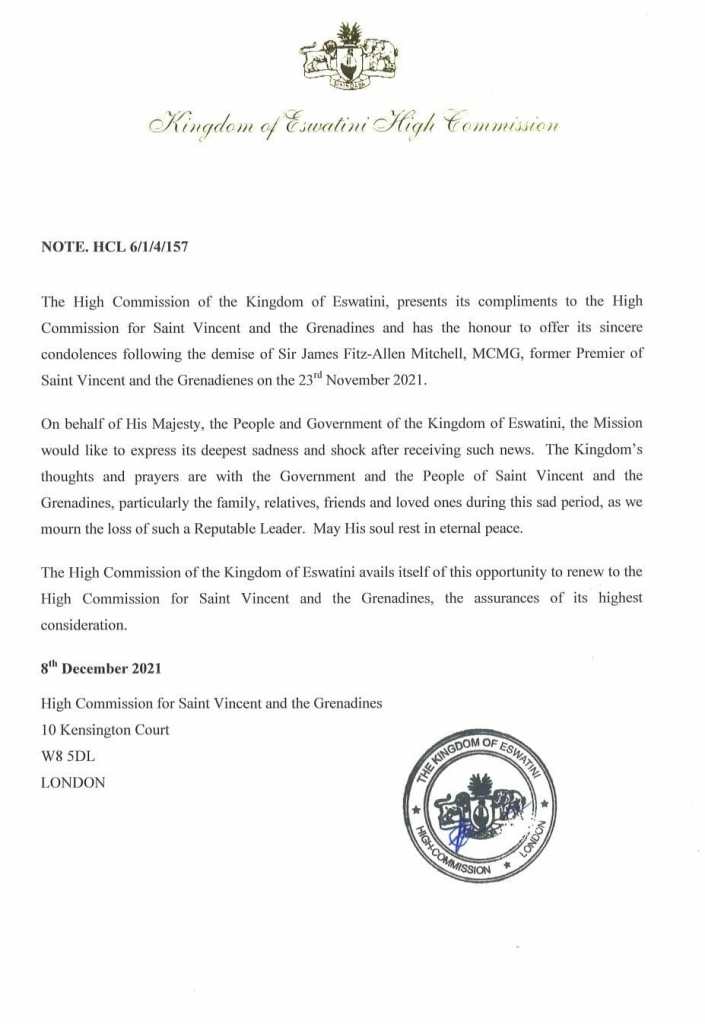 The High Commission for the Kingdom of Eswatini 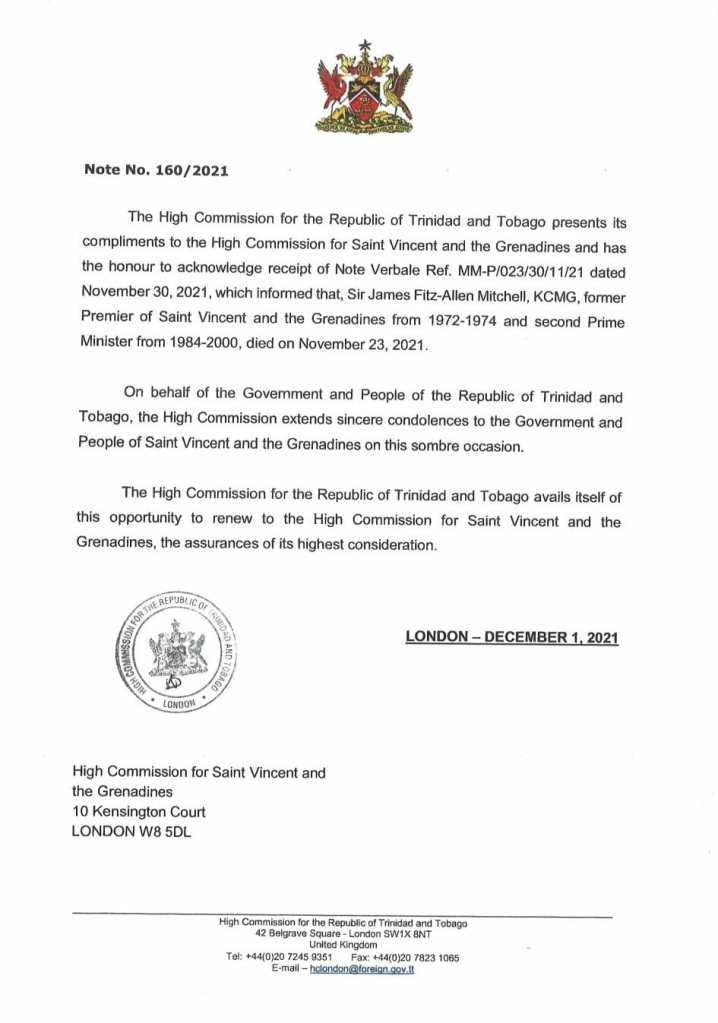 The High Commission for the Republic of Trinidad and Tobago