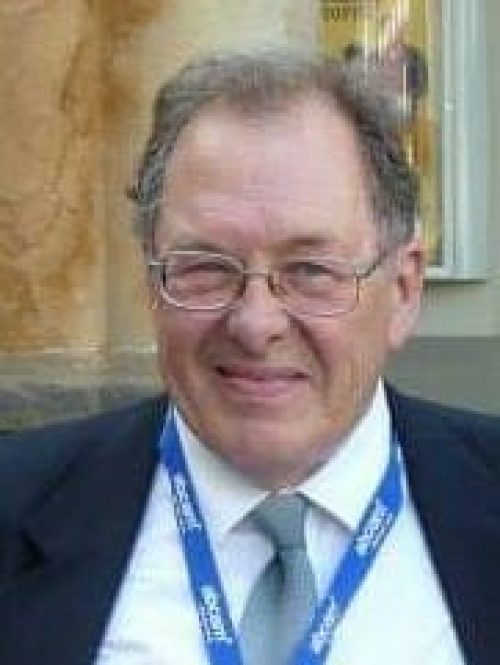 Robert Braidwood Sim (Bob) died at home with Edith, Grace and Francis by his bedside. He had been ill for some months but never complained and was still working on manuscripts up until a few days before he died.

Robert Sim was born on 4th April 1951 on a farm near Crieff in Scotland, the third child of Margaret and Charles Sim and their first son. His sisters, who pre-deceased him, were Anne and Susan. The family eventually settled in the  Perth area of Scotland and Bob excelled at school being the top of the class at Glenfarg village school and also at Perth Academy and took the top first class honours in Biochemistry in 1973 at Edinburgh University where he met his wife Edith. They moved to Oxford to study for doctorates and Bob worked with the Nobel prizewinner Rodney Porter and Ken Reid FRS was Bob’s direct supervisor.   Bob and Edith then worked in Grenoble from 1976-78 and B They then returned to the MRC Immunochemistry Unit in the Biochemistry Department in Oxford in 1978. Most of Bob’s career was spent in the Immunochemistry Unit although he also worked at Leicester University, in the Pharmacology Department in Oxford and at Kingston University. Bob has published more than 350 scientific papers and edited several books. In 2013 he was awarded a medal by the European Complement Network for his contribution to understanding of the blood immune stsytem called Complement. He also supervised more than 30 postgraduate students many of whom have gone on to become world experts in their own fields, including Tony Day, Alvaro Diaz, Carolina Savador-Morales, James Arnold and Vivek and Rajneesh Malhotra – the latter were brothers. Rajneesh Malhotra married a fellow student from Bob’s lab Zsuza Kertez.  Bob was awarded an honorary doctorate from the University of the Republic of Uruguay, Montevideo  in 2017

Edith and Bob were married in 1975 and renewed their wedding vows on Christmas Day 2020. Bob was the devoted father of Grace and Francis. Grace and her husband Peter have a daughter Mary.  Francis and his wife Emma have three sons,  Charles, Stanley and Wilfred. It was Bob’s only regret that he would not see his grandchildren growing up.