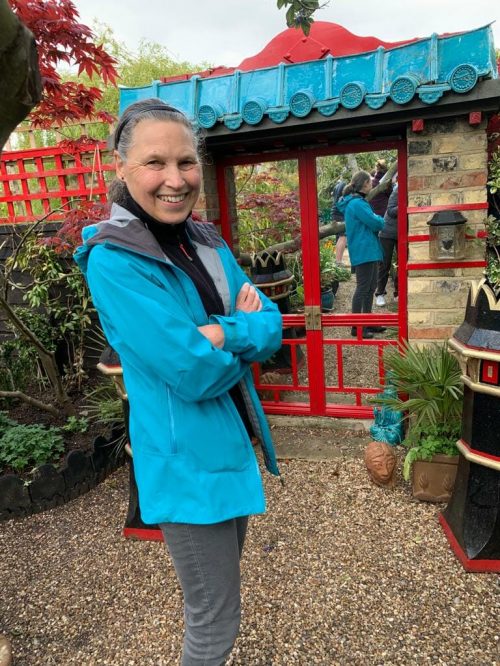 Dr Ann Roberts was a Consultant Perinatal Psychiatrist who worked in Hertfordshire from 1997 until 2019. The week before she died she started working for the Practitioner Health Service, using her married name of Dr Ann Beckham.

She led the Thumbswood Mother and Baby Unit which was established at the Queen Elizabeth II Hospital in Welwyn Garden City which later moved to Harperbury near Radlett. During her time as a perinatal psychiatrist she was an active member of the Perinatal Faculty. She was also a medical manager, clinical supervisor and mentor.

Her father was a Educationalist who met her mother (a Kindergarten Teacher) while he was working as a Youth Leader for the British Council in Germany. They settled in England and had three children: Ann and her twin sister Dagmar, and a younger sister, Jill. At school she was a talented violin player, but chose to study medicine instead. She went to Girton College, Cambridge and then the London Hospital for clinical studies.

She initially pursued a career in general practice, completing her training in Harlow. She then decided to change path and started her psychiatry training at the Queen Elizabeth Hospital in Welwyn Garden City before joining the St Mary’s Training Scheme. She achieved MRCPsych in 1993. She completed her psychiatry training at the London Hospital before starting as a consultant back at the Queen Elizabeth II Hospital. Initially she combined her perinatal work with liaison and general psychiatry, but focussed on perinatal psychiatry when the unit moved to the Harperbury site.

Although she had a history of cardiac arrhythmias and had a pacemaker for twenty years, her death was sudden and unexpected.

She married Michael Beckham, a prominent television journalist who had been the producer-director of the influential World in Action series. Together they shared a wide range of interests in art, music and travel. Michael died in 2017. They are survived by their children Daisy and Alexander.

The funeral is at 2pm on 5th July 2021. If you would like to follow the link via zoom, please use the link below.

This page has been set up in Ann’s memory for friends, family and colleagues to share their condolences with Ann’s family.

At the bottom of this page, please press ‘Add New Condolence Message’, then continue to scroll down a little further. Please share a message, photos, video or audio. The messages will then be printed into a Condolence book.

Please note: We’ve had a bit of technical difficulty, the page should allow for 200 messages to be submitted. The page currently says max 20 messages, we have contacted their technical team to resolve this. If anybody does have difficulty submitting, you can also submit messages and photographs to robertsmiranda@mac.com.

Please see below the link to the just giving page which is collecting donations in aid of Alzheimer’s society in Ann’s memory. Any donation, however big or small will go a long way but please do not feel like you must donate!

I was so sad to hear about the passing of Dr Roberts today in the obituaries section of the BMJ. She was my clinical supervisor at Thumbswood Mother and Baby unit whilst I was an FY2 Doctor there. Dr Roberts was loved by all staff and especially so by the patients she treated with …
Read More

Dearest Ann. You are truly a beautiful soul, always cherishing others, husband, children, family, friends , staff and patients. Putting others before yourself. I was honoured to be a friend and colleague in West Essex, junior hospital jobs where we worked hard and played hard, a wonderful family team. And I have valued your …
Read More

It is now over 4 months since Ann died. It is still very difficult to comprehend. We miss her so much. …
Read More

The world is a poorer place without our lovely, generous, kind and talented Ann. She is missed by all of us. …
Read More

I was very sorry to hear about the passing of Dr Ann Roberts and would like to extend my condolences to All her family and friends. She was one of my Consultant supervisors as an SpR when I worked in the perinatal Service at the QE2 hospital in Welwyn garden city. I really enjoyed …
Read More 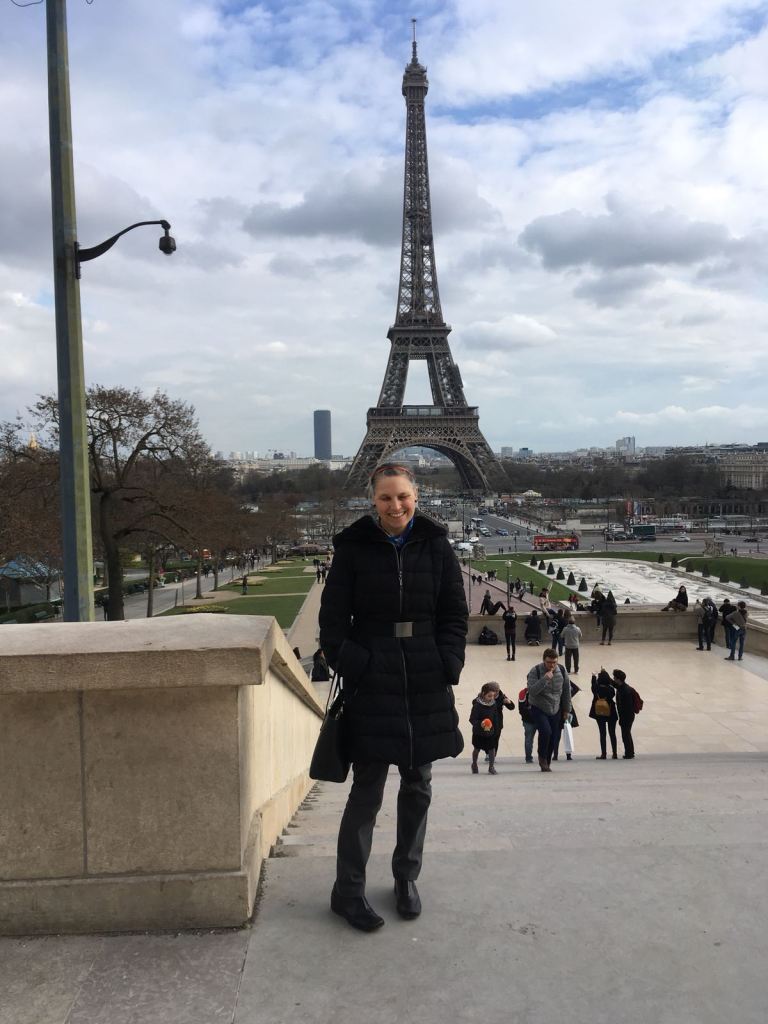 I miss Ann for the friendship that we had and that I hoped would develop into the future. Having met her in Crasville, she came to visit me in Paris – on the anniversary of Michael’s passing – and later again, once I had moved back to Perth in Scotland.  Intelligent, curious, compassionate…she was …
Read More

A beautiful soul , a loving wife, friend and mother . She was so proud of Alexander and Daisy and her family. I can’t begin to say how much I valued her friendship. We chatted for hours and if we were chatting now , we would be so cross that her heart has let …
Read More

A beautiful soul , a loving wife, friend and mother . She was so proud of Alexander and Daisy and her family. I can’t begin to say how much I valued her friendship. We chatted for hours and if we were chatting now , we would be so cross that her heart has let …
Read More 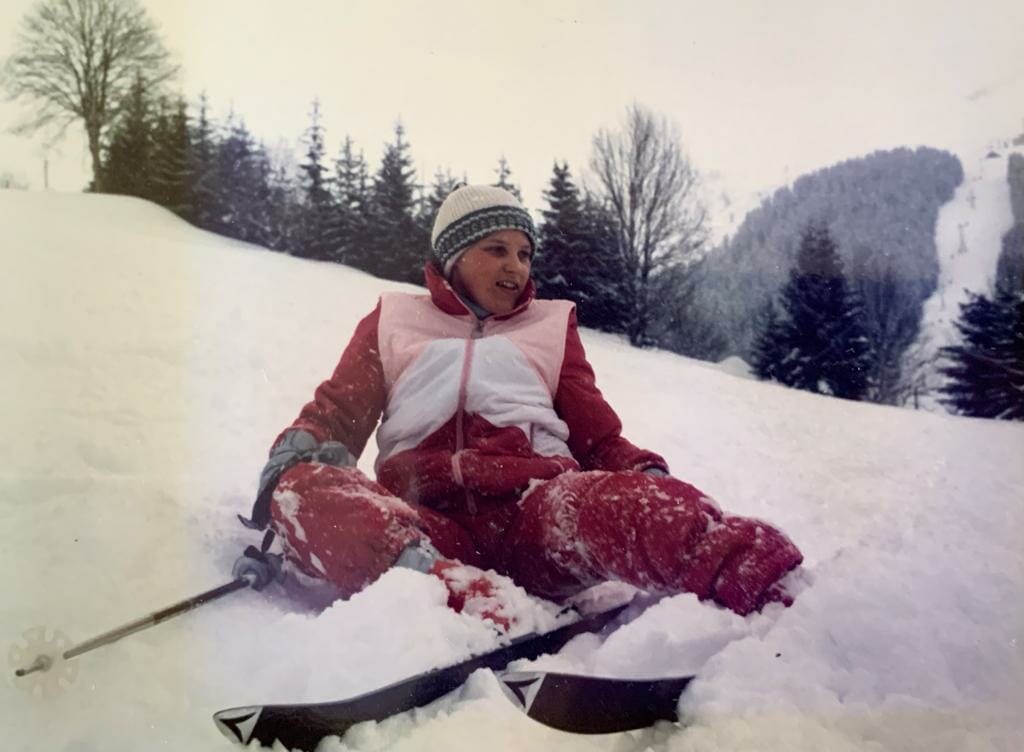 We were friends and colleagues of Ann in the early years of her training in West Essex. In amongst the busy junior doctor posts we had great fun and we have very happy memories of skiing holidays in the alps. She will be missed and our thoughts are with you, Mary & Richard …
Read More

The photo shows one of many very happy times we spent with Ann, Michael and Alexander, our fabulous English neighbours in Crasville la Rocquefort, France. On this occasion it was Easter. Luckily we still have Alexander in our lives but we continue to miss Michael and have now, very sadly, lost Ann. She was …
Read More