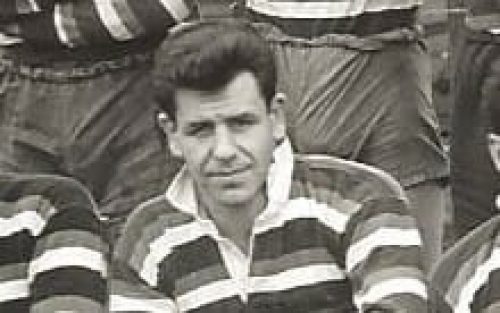 Don’s working career included time in the RAF, time spent as a graphic artist, running Gate Antiques in York, landlord of the Cock & Bottle in Skeldergate and then the Golden Ball in Bishophill, retiring in 2002.

Rugby was his passion with his playing career at York RUFC (playing on Hob Moor in those days) cut short by injury. He organised and managed the York Unicorns who played midweek which obviously suited Don as he worked at the antique shop on Saturdays.  The Unicorns played attractive open rugby and Don’s charismatic personality attracted good players from a variety of clubs across the county.

He held numerous volunteer positions at York RUFC over his 68 year connection with the club. Latterly he was Vice President & Life Member Co-ordinator. He was made a Life Member of the club in 1976 and he was also a Freeman of the City of York.

Don was a kind, warm-hearted, fun-loving, very sociable man always with a positive view of people he met & knew. Two of Don’s sayings were “life’s just a bowl of cherries” and “you’re special, you’re different to all the rest”.

Stories of matches, tours & occasions involving him will continue to be exchanged for many years to come. Our thoughts are with son James & brother Alan for their very sad loss.

Please use this book to share your memories of the wonderful man who touched so many of our lives.

Don truly was one of the greats of York RUFC.  He was one of the first to welcome me into the club.  When taking on the chair role he gave me plenty of advice and tips about the club.  He looked after his VPs like brothers and sisters – and he did always refer …
Read More

My memories of Don like many are numerous. My first being the club tour (my first) to Edinburgh in 1979. Stopping on the way up at Dunbar  Rugby Club. After the game I heard my first recital of “Eskimo Nel” (in full) and thinking who is this guy? We hadn’t really been introduced at the …
Read More

What a wonderful gentleman with a fantastic sense of humour- will be missed by so many but remembered by all who knew him. …
Read More

First met Don in 88 on a sunny Wednesday afternoon in Hull when asked to have a run out for the Unicorns and it went from there. Don was a true gentleman a top character full of fun and humour. Many a good night spent in C&B and Golden Ball enjoying his hospitality. Buttie …
Read More

Such happy memories of visits to Straford-upon-Avon to watch Shakespeare, something Don never thought he would like but he was always prepared to try something new – this led to more than 30 annual trips! He looked forward, especially, to post-theatre drinks in the Dirty Duck pub, actor-spotting! Priceless! Monday nights in the Cock …
Read More

I was so sorry to hear of the passing of Don and offer my condolences to all family and friends.  I was serving in the RAF at Church Fenton in the early 1960s joined the club recommended by a current player also in the RAF. It was great fun down on Hob Moor though …
Read More

I first met Don some thirty five years ago, when he refused to take no for an answer, to his requests to play for his beloved Unicorns. I am so glad I did succumb. Thanks Don for all the magical memories you gave me whilst in your company. Especially the nights in the Cock …
Read More

When I first joined YRUFC Don was an established member of the 1st XV.  He became a very popular and accomplished Captain who led by example on and off the field. I will always remember his faultless renditions of “Eskimo Nell” – nobody did it better! A true gentleman and will be sadly missed …
Read More

York RUFC was Don’s True Home but he loved Rugby in all its forms, something he inherited from his father. Many years ago a group of us made our annual pilgrimage to Wembley, Rugby League Challenge Cup Final, and on the  preceding Friday it was the Rugby Union Sevens Tournament,  Don came along as …
Read More 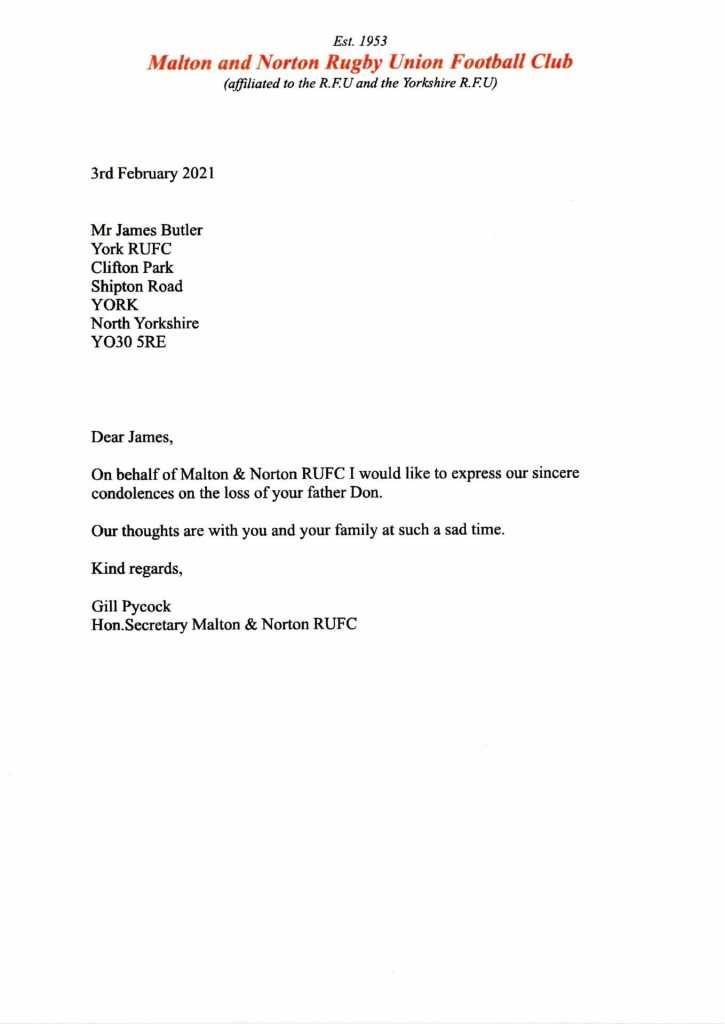