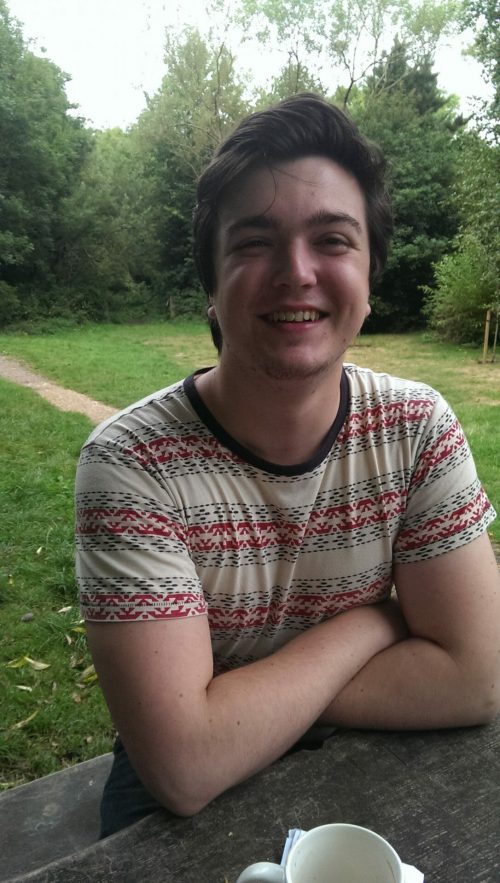 Lights will guide you home.

When you awake in the
morning hush, I am the swift
uplifting rush of quiet birds in
circled flight. I am the soft
stars that shine at night. Do not
think of me as gone, I am with
you still in each new dawn. 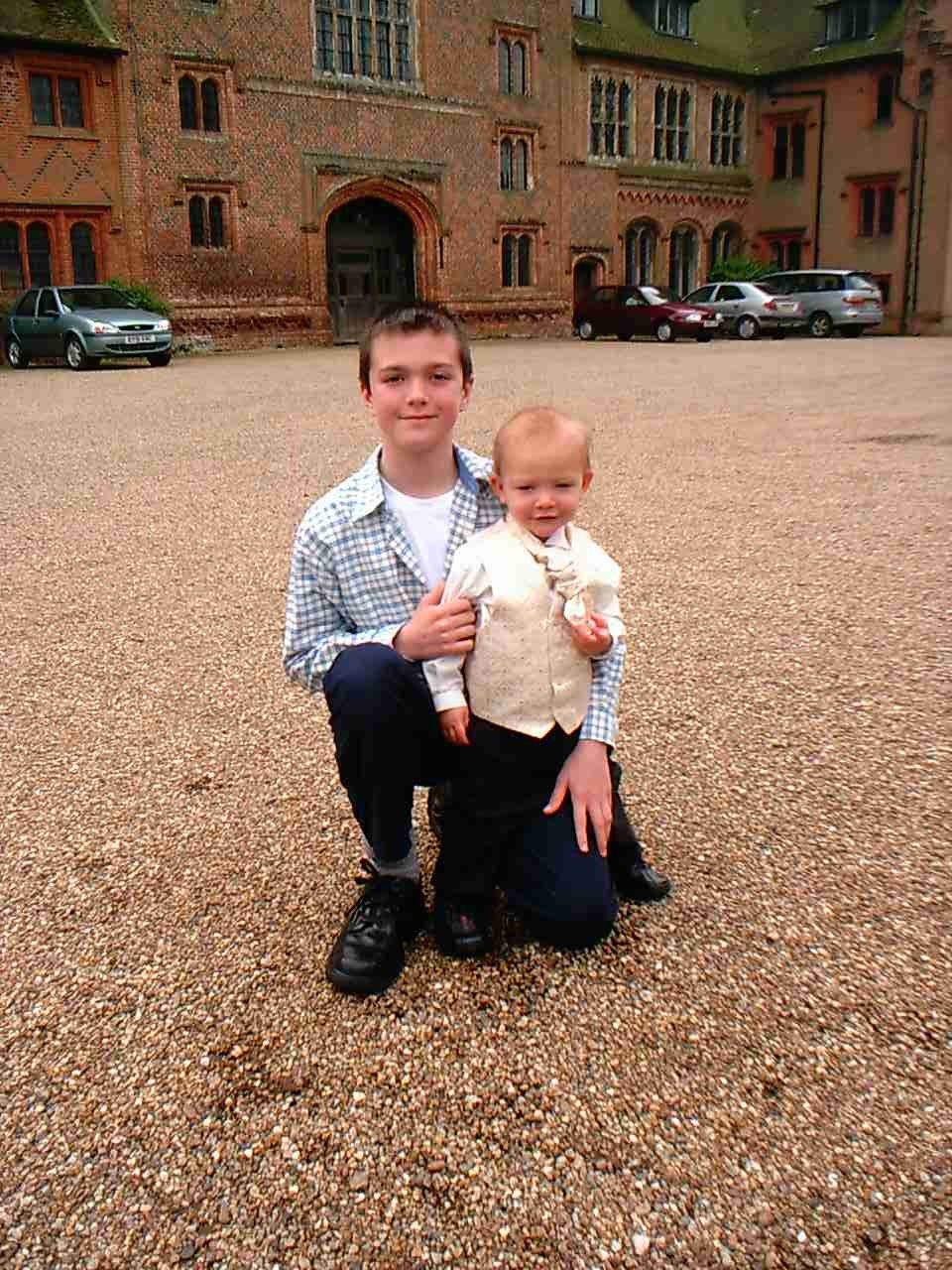 With his brother Adam 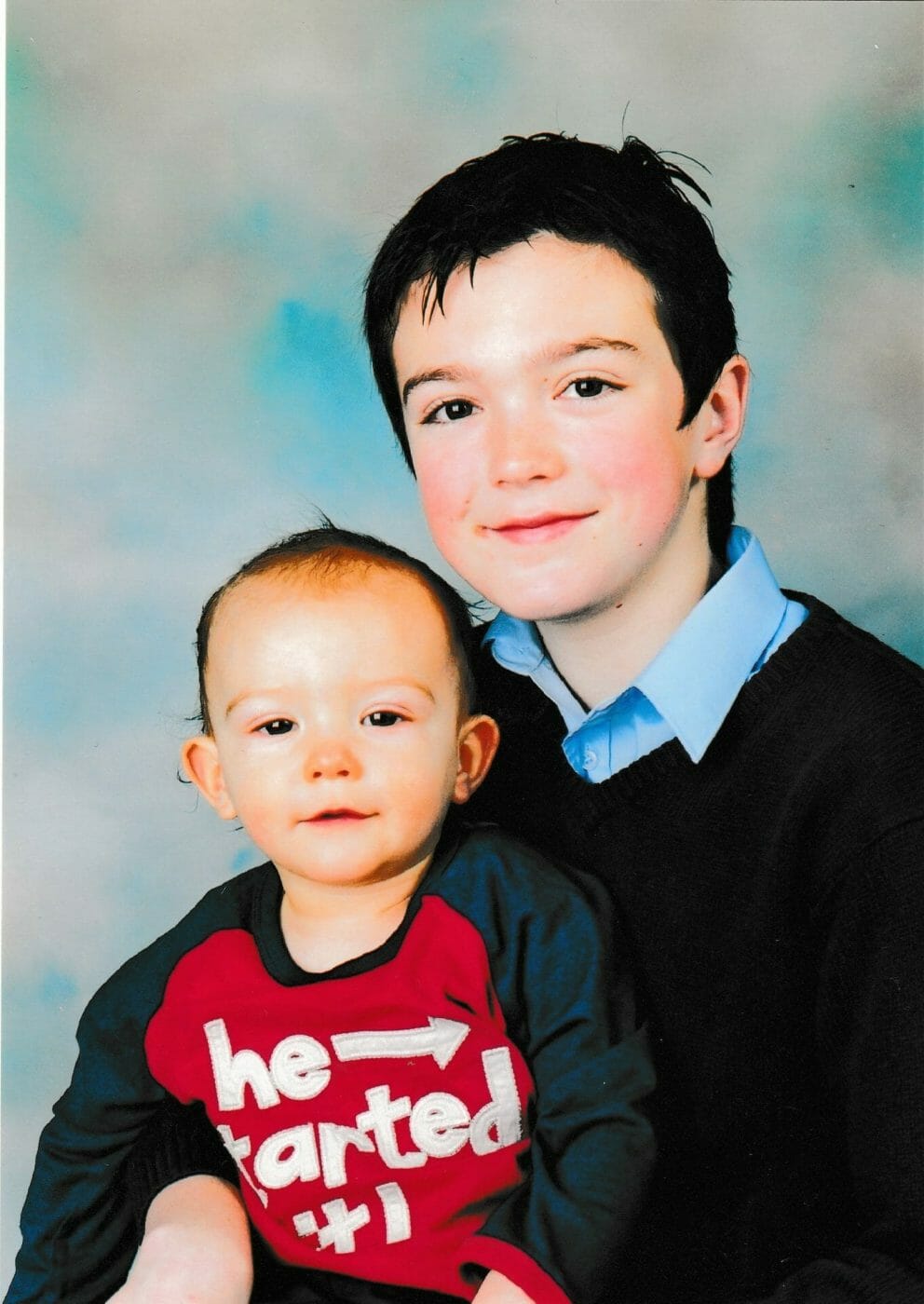 School photo with his brother Adam 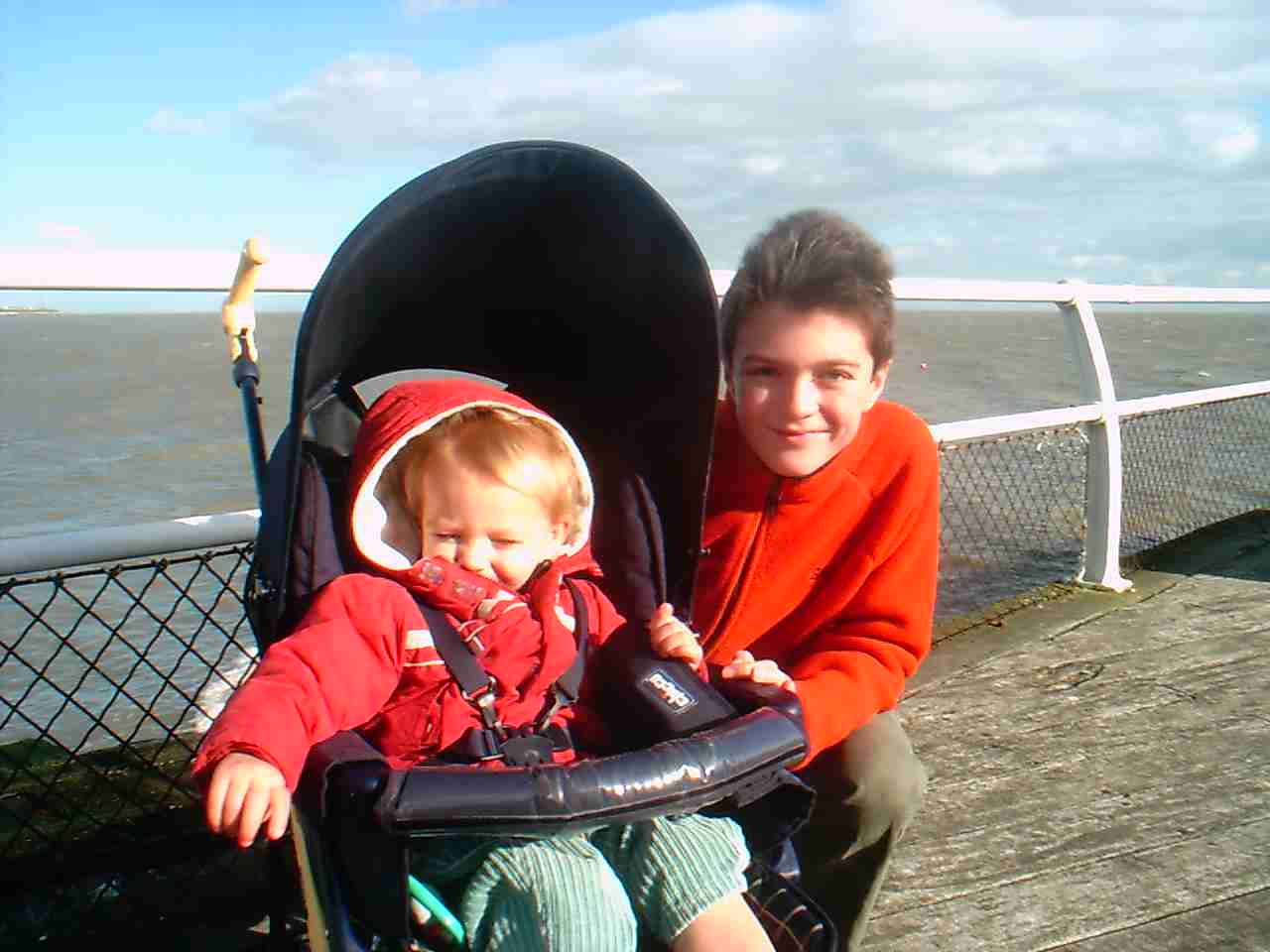 On holiday with his brother Adam 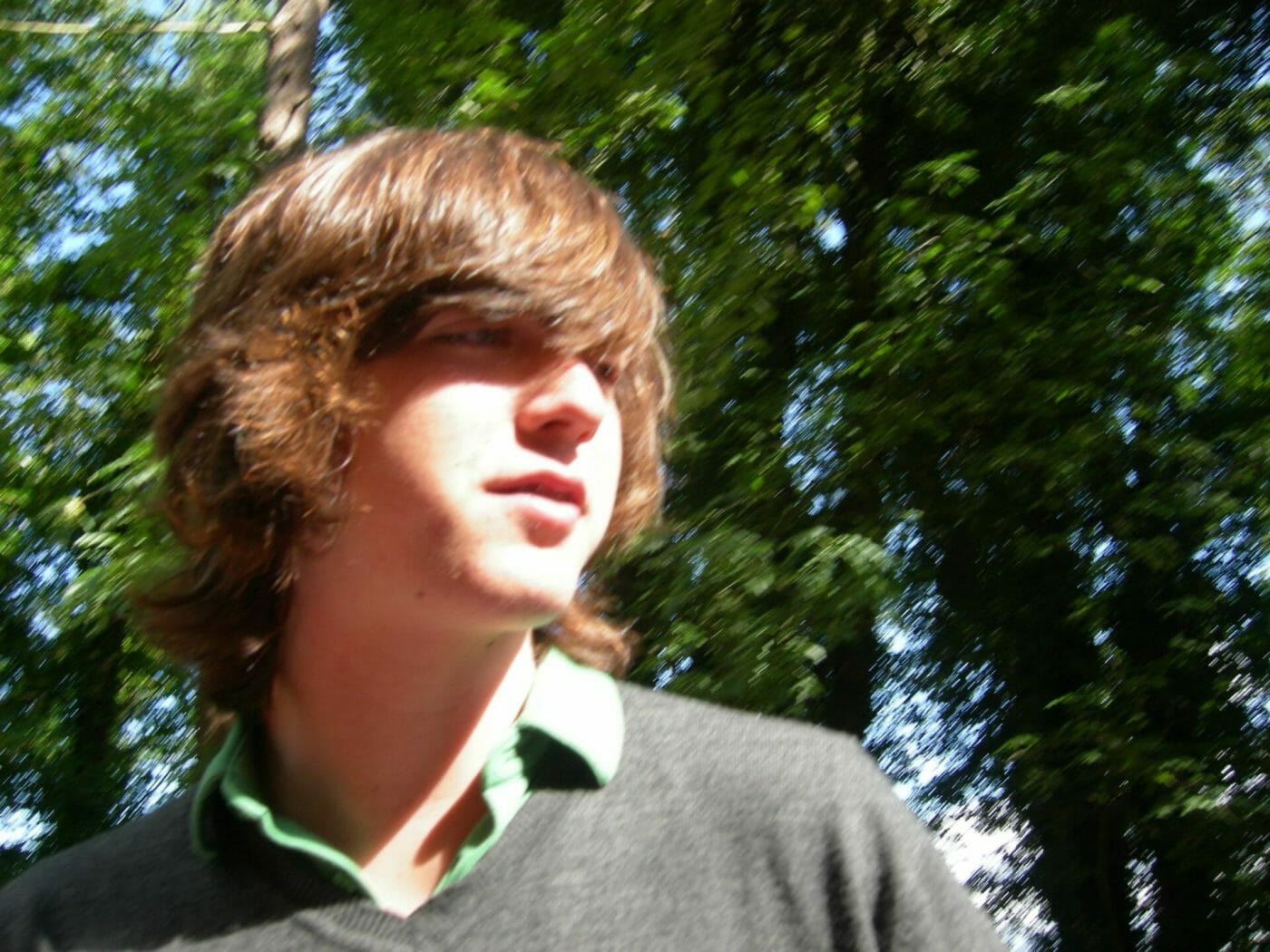 Thomas as a teenager 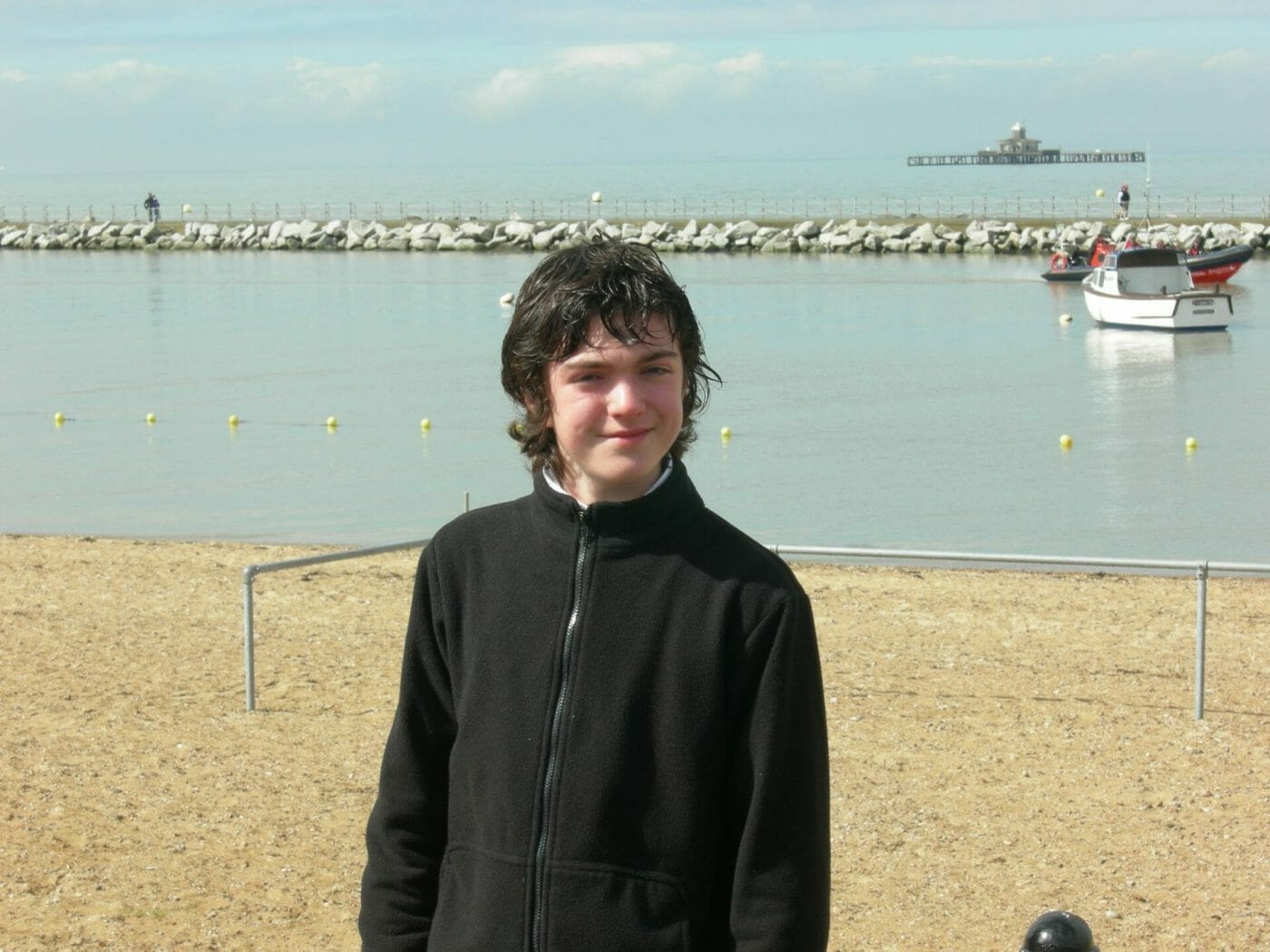 Thomas on holiday in Italy

Pamela, Adam and I would like to thank everyone who has gathered with us here today, especially Thomas’ fiancé Ashley and her family, to say goodbye to Thomas and to celebrate his life, we know that words cannot bring you back to us now Thomas, if they could we would never stop speaking, but we hope that these few words will remind us all of you and bring you alive again in our hearts and minds for now.

All of you who know us, know that we have been here before for Thomas and Adam’s brother Malcolm, we never thought that we would have to have our friends and loved ones gather here again to say goodbye to another one of our sons.

We are heartbroken to lose you Thomas, you were talented and clever with a quirky sense of humour and mischief, but most of all you had a huge capacity for being a loving individual, who would eventually make the right choices, you had a strong moral compass, when you could find it.

Your Auntie Sarah always said that you were good company, and fun to be with Thomas, all of us who knew you would agree with that, and we are going to miss being with you, and miss that fun.

From the moment Thomas could crawl he would want to look for things to take apart, find out how they worked, and then, sometimes put them back together again, no clock he could get hold of was ever safe.

When he was older and discovered the delights in his grandfather’s ‘big shed’ it was hard to keep him out if it, the family joke was that if something could not be found in there the best person to ask where it was would be Thomas as he had found and investigated everything in there.

Thomas always wanted to be a scientist, when he had his booster jabs at 5 years old, he had been chatting to his GP, who looked at him and said, ‘you’re a very clever little boy, when you grow up you could be a doctor too’ Thomas looked at his GP and smiled and told him that when he grew up he wanted to be a real scientist.

Thomas loved school, he would not say that, but he did, although  we’re not always sure that school loved him, he could sometimes be a proper challenge, one teacher wrote on his year 11 leaving shirt, ‘most annoying pupil’, and yet every teacher that we met during his schooling, always used to tell us that they had been like Thomas when they were at school.

Thomas was a talented musician, he could play the trumpet, piano and guitar.

Pamela used to love to hear him play the piano, last Christmas Thomas and Ashley stayed with us for the Christmas Holidays, and on Christmas Eve, we had a small party. We managed to persuade him to play the piano, whilst Adam played the guitar, it was a wonderful moment, it is so sad that we didn’t record them playing but we could not have known or realised that we will never hear him play again.

Thomas loved to come home to Pembrokeshire, he once told Pamela that one of his earliest happiest memories was being in the car on the way to Wales with her singing to him and Malcolm all the way here.

Thomas loved to be on the beach with his extended family, many of whom, we are very grateful to say, are here today, they grew up holidaying together on the beaches of Pembrokeshire and playing cricket and rounders until dark on the ‘big lawn’ at Ridgeway View or Mountsette.

When he was little Thomas used to tell his friends at school that his Uncle Jonnie was the world’s greatest Blenny catcher, they did not know what this was, and we’re not sure that they were all that impressed, but Thomas really believed it, just like he really believed that Benton Castle was the real fairy tooth castle.

Thomas was with us at Harefield Hospital when his and Adam’s brother Malcolm died. Malcolm’s death had a profound impact on him, he loved his brother, and missed him being in his life, just like we now must miss Thomas being in ours.

As Thomas grew up he loved to learn new things, he once told Pamela that he knew he could learn how to do something new really quickly, but that once he had learned something he soon lost interest with it so that, in his view, he never completely mastered the new thing he had learned.

Thomas had been a keen cyclist, when he was 15 years old he used to cycle to his friend’s house on a Saturday, to practise with their band; on the way there, there was a speed camera, it was his burning ambition to set this off when he whizzed past it.

He also loved to sail, go fishing with his friends, the running joke of which was that despite all the kit and all the bait they thankfully never caught anything, he was though,  a really good cook, and once claimed to Pamela that he had mastered the art of making better gravy than hers, but most of all he loved to find out what would happen if?

To Thomas growing up it seemed like life was like one great big experiment, what would happen if you pressed that button, added that chemical, or even better…. set it on fire.

We used to explain to Thomas that if he burned down our home by experimenting in his room that the insurance companies would not pay out and that we would end up homeless, Thomas used to tell us that we were being over careful and that it was all fine.

The irony of this is that he based his dissertation for his Chemistry Degree on how to detect accelerants used in arson in cases of insurance fraud.

Thomas had been living in Guernsey with Ashley for the past year or so.

He had got himself a job working in a bar called The Golden Lion in St Peter Port, when the owner of the bar met him and got to know him he decided to invest in Thomas’ skills and asked Thomas to set up a distillery to make rum.

Thomas was very excited about this; the equipment had all been purchased, the premises made ready and Thomas had been studying the distilling process, the only thing they were waiting for was the license for Customs and Excise, ironically this came through the day Thomas died.

We have been very pleased to hear about how many good friends Thomas had made in Guernsey, he told us when we visited him and Ashley in May this year, that he wanted to always live there, and that he was happy there.

Thomas your death has made us so sad, it has broken our hearts, life will never be the same again with out you being in it with us… we will never hear you laugh again.

We know that you loved us, you and Pamela had a very strong loving bond, our hope is that you knew that we loved you unconditionally too.

Pamela wants you to know that if she had known that the last time she would hold you was when we said goodbye on Guernsey Harbour she would never ever have let you go, and that although you are gone from our lives she will love you forever, as she has loved you from the moment that you were born.

Thomas you have been so special in all our lives, we are going to miss you, there is a Thomas shaped hole there now that no one else can fill, and which can never heal.

Adam reminded us on the day that you died Thomas that although we were not there with you, he is certain that Malcolm would have been there to help guide you to God, and that you would have known joy in meeting him again, just as we pray to meet you and your brother again one day in our turn.

We pray that you are now at peace with your father in heaven, may your soul soar with his angels and sing with the joy of his love for ever.

iPLAQUE Location:
Not in use yet