At the United World College in Mostar and its founder, Foundation Education in Action, we received the news about George Walker with immense sadness. Our heartfelt condolences.

The college owes a great deal to George who was instrumental in the conception of the UWC-IBO Initiative in Bosnia & Herzegovina that in due course became the United World College in Mostar and the foundation. George, as the Director General of the IBO, with Keith Clark, Executive Director of UWC, visited Mostar in 2002 and joined Pilvi Torsti in meetings with important individuals across the country. These meetings were key in  establishing the broad and formal support for the college and related teacher training centre and education policy influence activities. George brought the UWC-IBO Initiative to the highest level within the IBO and himself served as an active member of the executive committee of the Initiative for several years.

At Mostar, we remember him as a great IBO Director General and an excellent educator. He along with David Sutcliffe, Antonin Besse and Pilvi Torsti was a big supporter of the UWC and IBO joint efforts to make international education relevant where it was needed; in Bosnia & Herzegovina. We will always remember him very fondly as a great supporter of the college and pray for him to rest in eternal peace.

On behalf of UWC Mostar & Foundation Education in Action 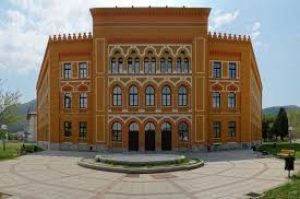