Mervyn was my first true supervisor who gave me a full professional training that I lacked when I finished Ph D without a supervisor. He had an open enough mind to accept me as a post-doc (research fellow) who had a shaky background and he trained me very patiently. The three + years in Canberra was the turning point of my life. Not only his way of experimental studies (through the design of new apparatus if needed) but his relaxed life style was eye opening for me who came from one of the busiest place in the world (Tokyo). I enjoyed so much of my life in Canberra both professionally and personally that I decided to leave Tokyo soon after I came back from Canberra, and that why I am here.

Because I admire Mervyn’s approach to experimental science so much, I decided not to compete with him in the same area or by a similar approach. But only once, I tried to do something that Mervyn might have done: a development of a new deformation apparatus (RDA) with a new “internal load cell (a stress sensor)” that works at much higher pressure and temperature than his apparatus. Unfortunately I did not have a chance to hear Mervyn’s comments on this little contribution to experimental rock deformation.

Thanks Mervyn. I owe you so much and learned a lot from you. 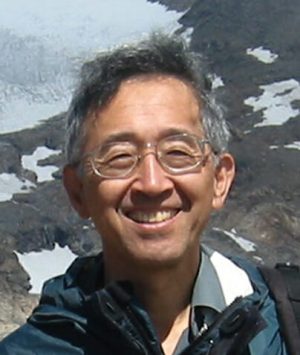