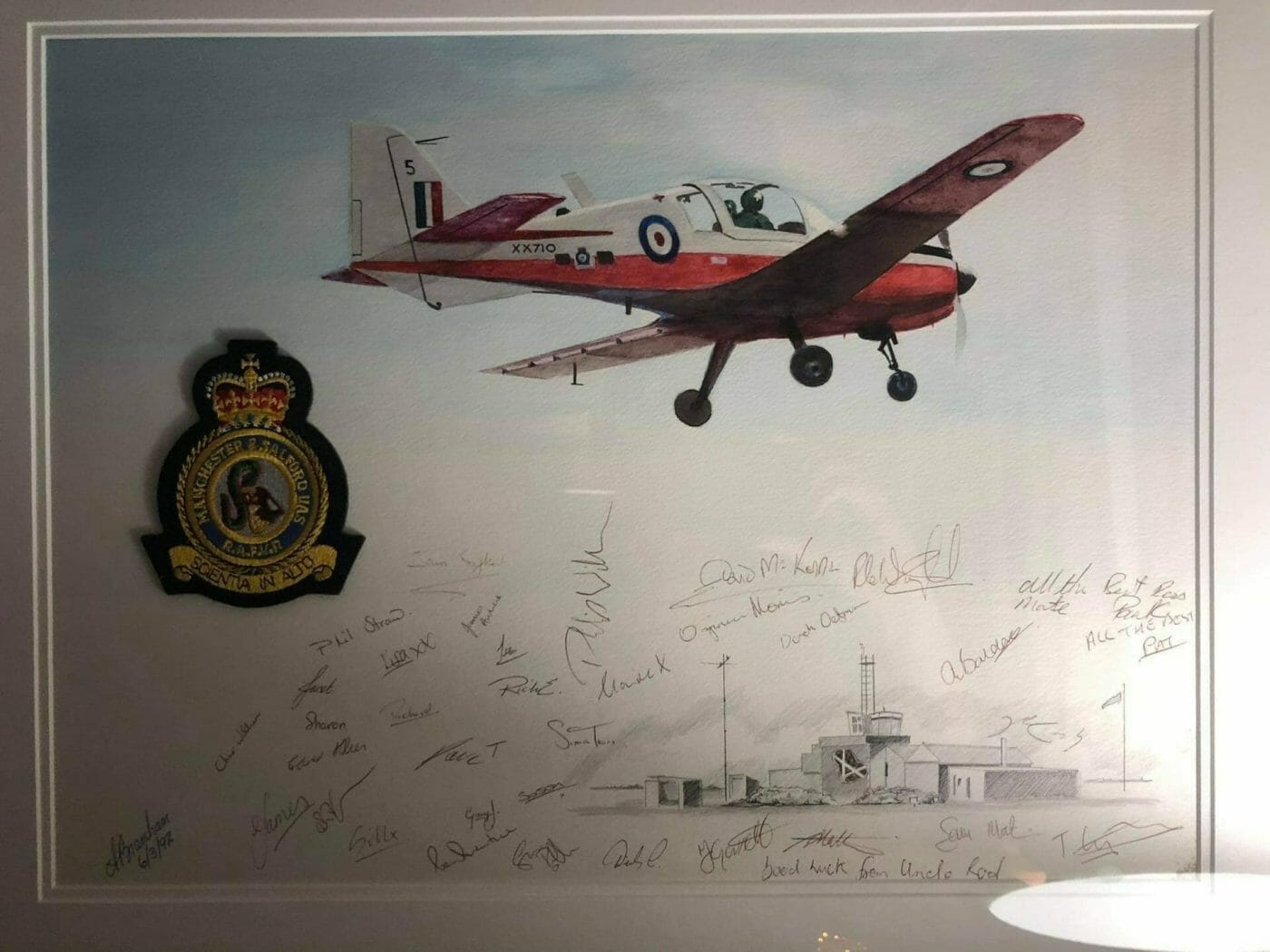 To a dearly departed and gifted pilot instructor and officer. My love and thoughts to the Newman family. Rod thank you.  A wonderful man, fair, talented and a fantastic mentor and instructor of life and flying.

Rod was responsible for bringing this oink up into the RAF when I was at MASUAS ‘89-‘92. He got me on the straight and narrow and confirmed my desire, and instilled the dedication required to serve and fly. A 26yr year career in the RAF followed.

One of the most treasured gifts I have ever received was commissioned and given to me by my best friend the day I graduated MASUAS and joined the RAF. It captures the best of times, features Rod’s Bulldog T1 and contains the signatures of the 2 most influential officers and gentlemen (well Rod at least) that I have ever served with: Sqn Ldr Rod Newman (before he assumed the proper working rank of Flt Lt again) and one of his many students, my friend Tony Eyles (less of a gentlemen but a damn good pilot nonetheless) who confirmed Rod’s passing to me and for which we are equally upset/gutted and proud to have been his students in life/RAF and piloting….