I first met Mervyn at the AGU Chapman Conference on Point Defects in Minerals, held at the Stanford University camp/conference facility near Lake Tahoe, Calif., in early September 1982. (The photo attached is of Mervyn and David Kohlstedt who, as part of a group, were headed-out for an afternoon’s hike.) I was late in my graduate studies, then, working on problems of interfacial-structure and -energy impacts on rheology of partial melts. Mervyn had read a few of my published papers and was very encouraging, despite the ideas being oblique to his perspective on the problem. It was a generosity of intellect and character that has been long and fondly remembered.

In the years between then and now there were numerous other meetings and correspondence, both scientific and, after purchasing a Paterson apparatus for Brown University, technical. That same generosity, mixed with the dry humor, characterized all of these interactions.

Mervyn’s a giant who is greatly missed. 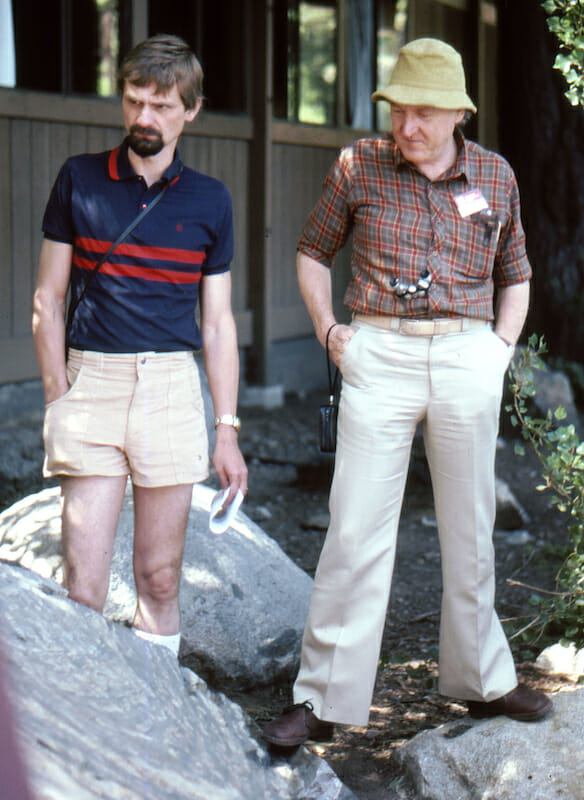