As the former Headmaster of Loyola Preparatory School, my memory of Mary is as an esteemed colleague.  The large number of independent schools in the area between Forest and Chigwell led to a close alliance of private schools, enlivened by regular meetings for Heads to discuss matters of common interest.  Mrs Ireland was a great champion of the sector and contributed to discussions with considerable insight.  Visiting Bancroft’s both as the Head of one of the  feeder schools or on occasions when Bancroft’s hosted local meetings were always convivial occasions illuminated by her animated personality.  Under her stewardship Bancroft’s went from strength to strength and contributed significantly to the quality of educational opportunity in our district.  Both Mary and Simon (at Avon House) were significant facilitators of high quality education and leave a legacy of highly educated and motivated students. 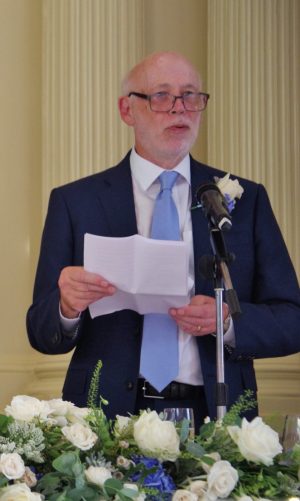