Where on earth do you start something like this?

Paul, you were such an inspiration to me both from a technical viewpoint but also your personal values. You were one of those people who I could rely on to give me an honest and open answer to anything I asked you. Even if you knew it wasn’t the answer I was hoping for! But that was one of the many things that made you such a special person and why it is so sad that you have left us way too soon.

When you first told me about your cancer you didn’t moan or complain once and continued to fight against it, racking up the miles on that bike, day after day. Never giving up. So Paul; dogged determination no matter what.

When you told me it was back, last November, and you’d had major back surgery there was still no complaining, taking it a day at a time. We didn’t get to have that final chat did we Paul? My bad, I should have made more effort. But I know you’ll be monitoring that blog post we used to “fall out about”. I’d write it and you’d have to remind me how it was totally utopian and if you couldn’t build it, then no one could or would. But you know that if we’d really wanted to we would have made it happen. Your wizardry with code and a keyboard never ceased to amaze me and I’ll never forget how you created something special that connected us in the wacky world wide web! So, so sad that you’ve gone this way but I know you lived the life that had to be lived even in such difficult circumstances. A hero in many ways. Thank you for being a friend and far more than just a work colleague. 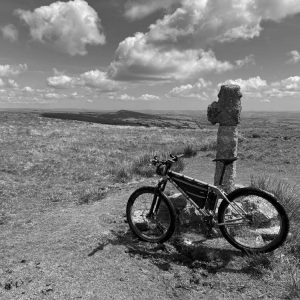