Our memories of Rod and Margaret are confined to our annual meeting, November/December in Tenerife. We had not known Rod for the numerous years that his many friends had known him. Being the modest man he was he largely kept his ” Boys Own ” fabulous adventures and life to himself however his family was an open book. He was immensely proud of Margaret, his children and grandchildren. We were as a couple virtually the same age with the same intensity of pride in our 3 children and 8 grandchildren that he had. This was the basis of our relationship and understanding of similar experiences. He had a lovely sense of humour, those magnificent eyebrow movements when he laughed and an understanding of what life really was about. His exploits others will recount but Catherine and I will remember Rod as a kind, thoughtful and empathetic man who engendered great respect. He was a true gentleman through and through and we will miss him greatly. To Rod’s memory❤️ Peter and Catherine Newton. 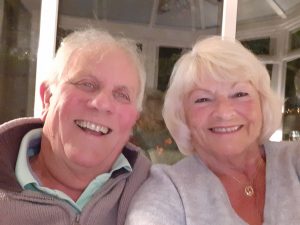