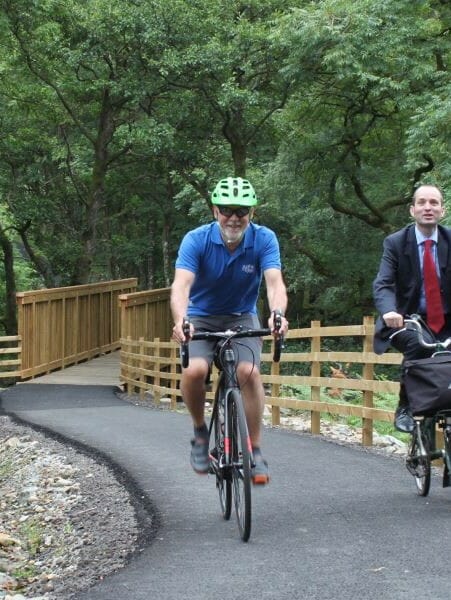 Ian was an utter inspiration with his enthusiasm for getting people active, getting people outdoors and looking after the natural environment at a local, national and international level. As a Chief Officer (when I was trying to learn to be a trustee), as a mentor and as a colleague, I learned so much from him. It seems scarcely believable that his many colleagues across so many organisations will not have the opportunity to continue to learn from him as a mentor.

He was generous with his time and advice and brave in his leadership. I remember him giving evidence in a parliamentary session and calmly, politely but passionately arguing for an environmental measure (highly beneficial but politically controversial- a less brave leader might have stayed quiet). An MSP was not impressed and told Ian that in no uncertain terms. But the measure passed and the MSP ended up voting for it… A victory for Ian’s values and perseverance.

His optimism and positivity (and sense of perspective) was legendary- I’m trying to recall the strategy document which various colleagues, including me, were ranting at as **** and ******** and he accepted that the document wasn’t entirely positive but still went on to note the opportunities to improve it for the better. And, in the end, he was right.

My sincere condolences to his family, friends and colleagues for all they have lost. I hope he knew just how much he was respected and appreciated by all the people he worked with. In the future, when appreciating a local path for walking or considering how to approach a new professional collaboration, I know I will hear his voice, advice and values once again.