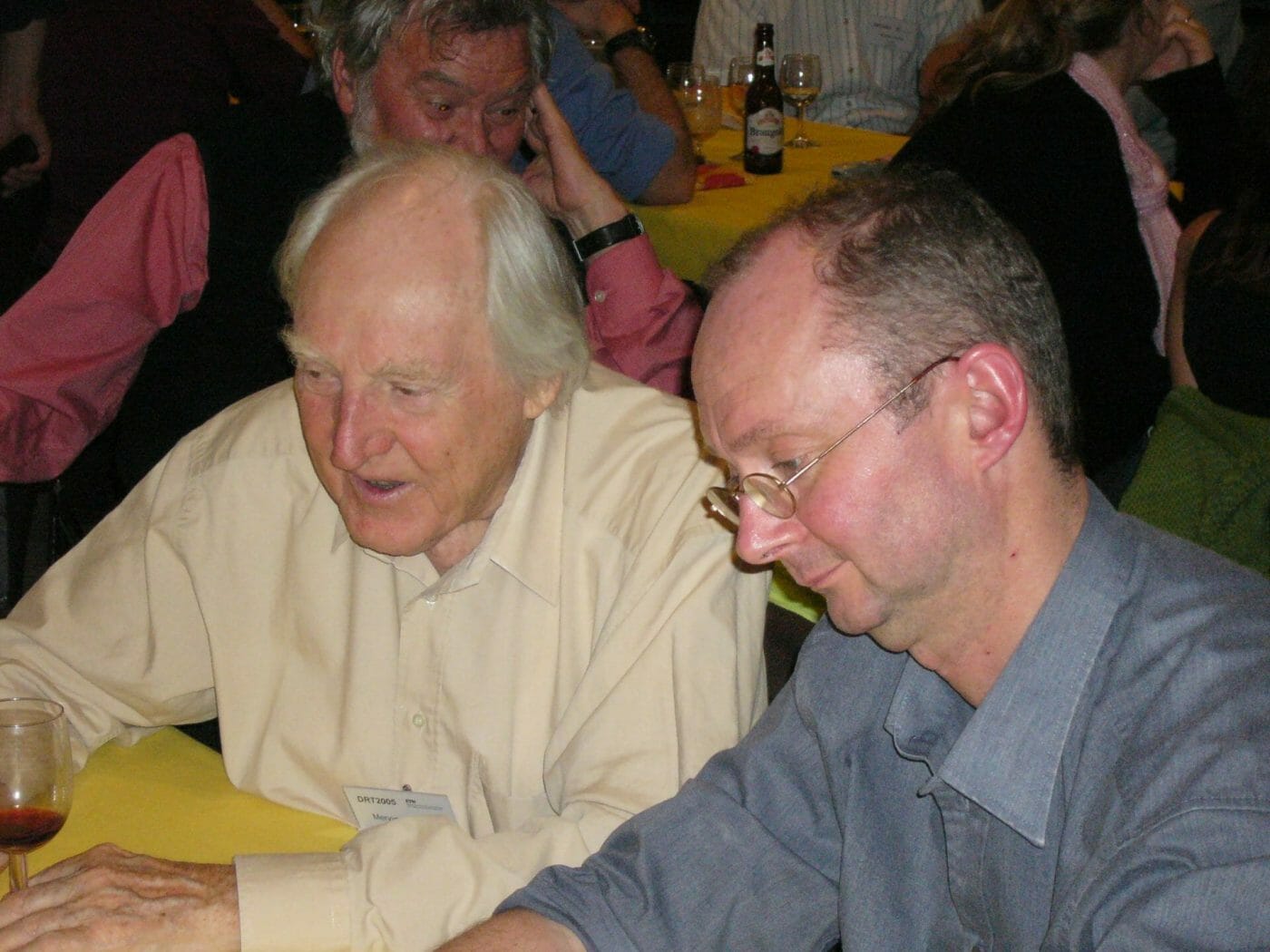 I met Mervyn at many conferences we engaged in conversation often, focussed mainly on theoretical aspects of rock deformation: pressure solution, granular flow and the like. I remember him explaining with animation his work with Orowan, a metallurgist, during Mervyn’s time at Cambridge: a reminder of how his skills reached beyond Earth science. I also recall an evening meal beside the lake at Zurich with Mervyn and ETH scientists. Conversation lubricated by wine, but Mervyn sat back and listened, just interjecting when he heard the science going off track – and enjoying the wine. I heard of his passing the same day as I was to give a talk to metamorphic geologists on interactions between stress and chemical processes, and Mervyn appeared on the first slide. His 1973 paper on that topic remains a key reference, almost 50 years later.