There are not enough words to describle my love and appreciation for Don. Don was a joy.

He had a way with communicating with people which was just so simple and effective. He knew what he was talking about and he didn’t ever presume a person’s knowledge, even his in his lectures he was delivering more of a two-way conversation than anything else. He wanted to include people in his discussions, he wanted to form genuine relationships with the people instead of just knowing them as a name on a register, and he found his classes much more interesting than he believed himself to be.

Because of the enthusiasm Don gave me for the subject, I am determined to be successful in a career in hertiage, and I am certain there will be a part of me in many years to come that will always think, ‘What would Don Henson do?’.

The answer to that, of course, will probably always be: drink beer, carry around a bottle of HP sauce, and dance! 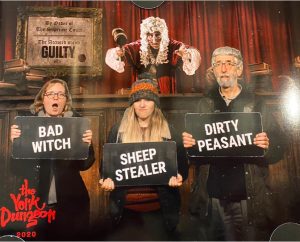