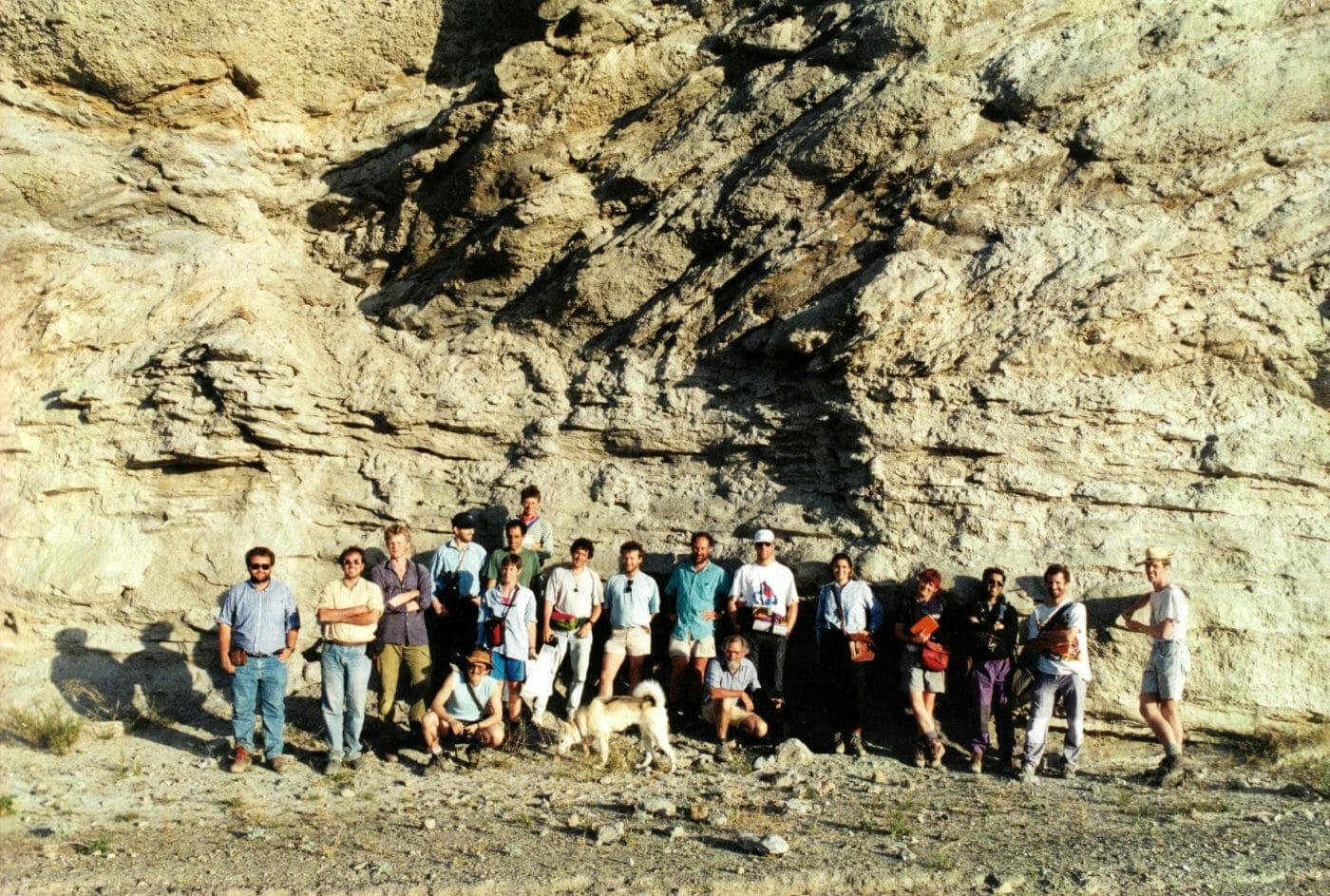 J. G. Ramsay in the Alpujarras

We are sad to hear the passing away of John Ramsay. Several people of the Group of Tectonic in the University of Granada have meet John in several moments of our careers, one exceptional geologist that taught all of us how far Structural Geology can go. He was an inspiration for us as structural geologists, and we want to extend our condolences to all his family.

In April 1994, Dr. J. P. Platt organized a seven-day field trip to the eastern part of the Betic Cordilleras to examine the relationships in space and time between extensional and compressional deformations. The field trip ran practically NNE-SSW through the SE of Spain, from the north of the province of Murcia to the south of the province of Almería. The group of participants included Professor John G. Ramsay (then in retreat in the Provenza), D. Dietrich, and their dog. The group also included nearly twenty researchers from the universities of Cambridge, Granada, Neuchatel, Oxford, and the Hebrew University of Jerusalem. From the Department of Geodynamics of the University of Granada, three participants attended: Jesús Galindo Zaldivar, Francisco González Lodeiro and Antonio Jabaloy Sánchez, who had the opportunity to discuss on the ground on the geometry and kinematics of the structures with John Ramsay.

It was not the first time that members of the Department of Geodynamics had met Professor John Ramsay. More than forty years ago, Professor Ana Crespo participated in weekends of chamber music that took place at the Hindemith Foundation located in Blonay (Switzerland). According to her testimony: “Groups of musicians were formed according to the instruments (string quartets, clarinet trios, cello and piano, etc.), we received the scores in advance and under the direction of a music teacher, the musical works were performed during weekend. One of them was a piano, clarinet and cello trio. At the cello there was a certain John, a man with a beard, relatively older (or so it seemed from my twenty-something perspective). After delighting us with the music, we sat down together for dinner. What was my surprise when I found out that this John’s last name was Ramsay, the same one from the book “Folding and fracturing of rocks”, in which I immersed myself as a second-year geology student at the University of Lausanne. Ugh, what an honor! But that day, we kept talking about music”

Previously, Antonio Jabaloy Sánchez had attended in 1991 The Geometry of Naturally Deformed Rocks Conference and the field trip in the Alps, where the outcrops of most of the examples discussed in the trilogy of the Techniques of Modern Structural Geology can be seen.