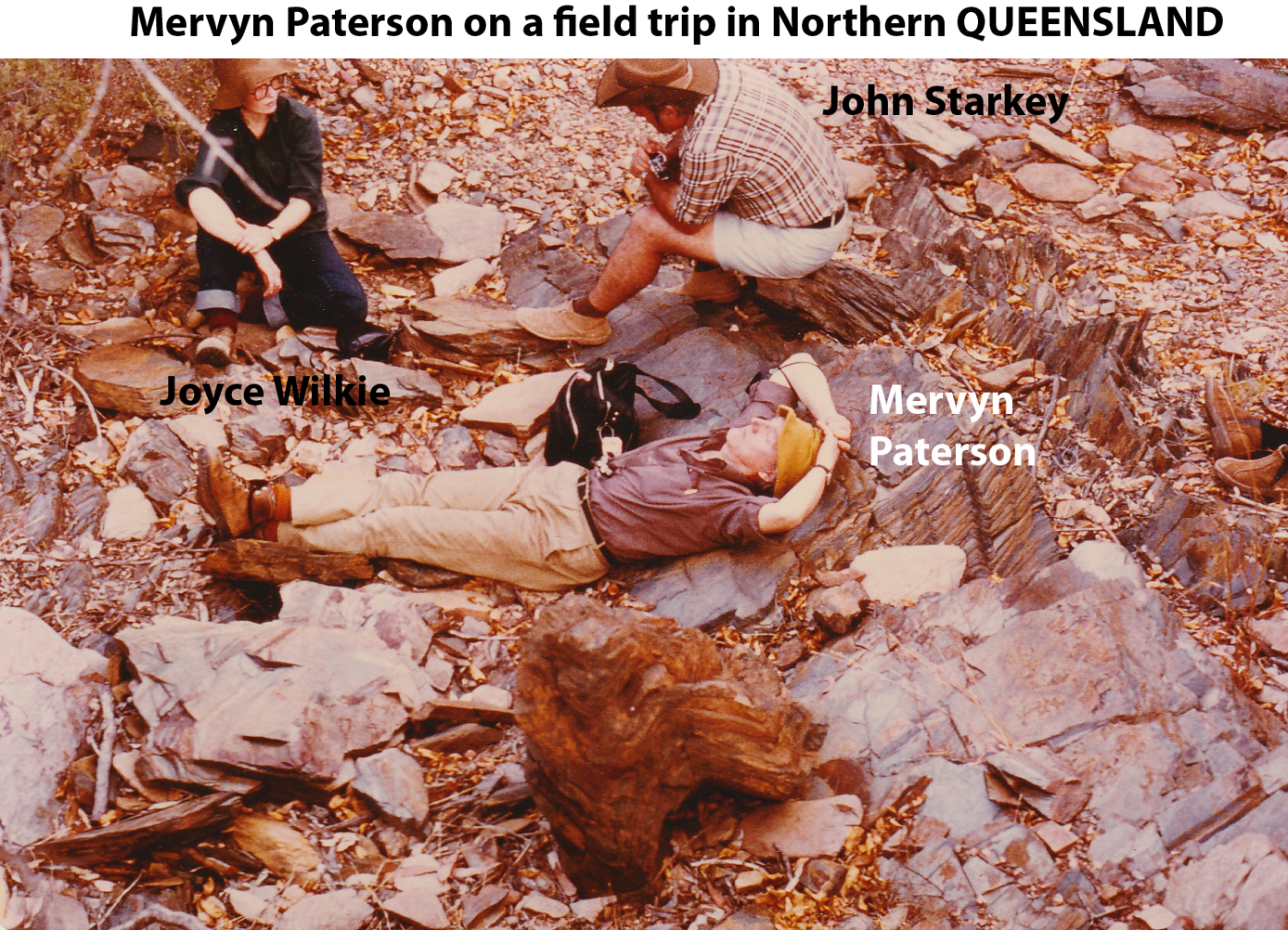 All of Mervyn’s group attended the Australian annual meeting of Structural Geology. In 1979, it was held at Cairns in North Queensland. It  included a trip to the Barrier reef and more importantly, a geological field trip. Mervyn enjoyed these events. How ever the bus used developed a mechanical problem. Mervyn loves all mechanical things. through his attention to it, there was clearly an oil leak and something broken. It was very hot  and humid North Queensland. The photo shows Mervyn having rest on large inclined  rock slab, a perfect object to have a sleep after helping solve the mechanical problem in the morning. In the photo are Joyce Willkie (Monash University) and John Starkey (Western University, Canada). Mervyn seems to have lost interest in kink bands in the rock as he sleeps. Of course, Mervyn  was an expert on kink bands already, with several  publications on the subject, so perhaps he felt he had nothing further to report on the subject ?