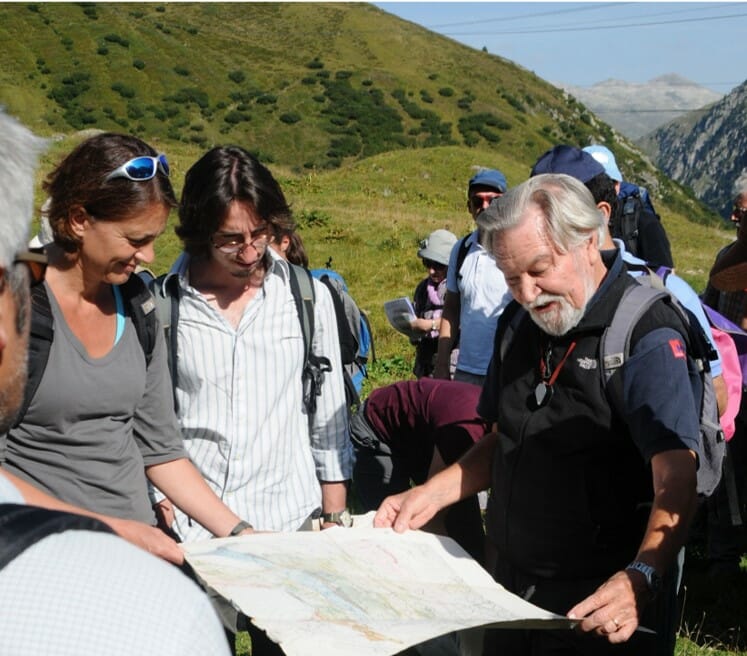 John was my PhD advisor and mentor, the best one can have, inspiring, encouraging and supportive. As one of his last PhD students, I enjoyed a wonderful time in his team, with interesting discussions, hard work, fun social times, exciting field work and most of all his contagious enthusiasm. Most unforgettable to me is the time we spent in the field, where he was so much in his element. At steady pace and his compass in his hand, he would move up and down mountains while constructing a 3D model in his head at real-time.

He showed me how to really look at structures, their geometries, their dimensions in space, their history and development but also their beauty. My most vivid memory was during a field trip where we were sitting near an outcrop and looking at a very complex folded rock. He turned to me, and being a young and eager student I was waiting to hear his explanation, he said “Have you seen how beautiful this is? Really, really look at it!” Of course, a scientific analysis followed but he took the time to enjoy the beauty and that has always stuck with me.

John’s magic and unique talent was that in addition to being a brilliant scientist he was also an outstanding cell player, music composer and poet. He saw mathematical structure and patterns in natural geometries in the same way as in music. I remember discussions on Fibonacci numbers that he was very intrigued with. This profpund sense of structure allowed him to see what others couldn’t.

John’s creativity was also reflected in his passion for cooking, which we were often lucky enough to enjoy. In a visit to southern France, where Dorothee and him spent most f the last years, we were taken on a culinary journey of French cuisine and enjoyed visits to the local markets, which he toured like a professional chef. we spent an unforgettable time talking over delicious dinners and walking through their olive groves.

John was also the humblest person I have ever met. Someone who knew how to listen and give everyone the same respect no matter if it was a freshman student or an established scientist. As a student that gave me the space and confidence to grow and develop in my profession with his gentle guidance.

John had such an impact on so many of us and was appreciated and respected as a world renown scientist and a wonderful human being. He will be thoroughly missed by all of us and especially by his wife Dorothee and his daughters to whom I extend my deepest condolescenses. 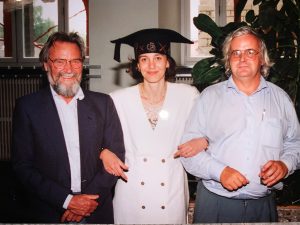