Jim and I didn’t have much in common, save for one thing:  we’d both completed an MBA.  Jim used his with distinction, rising through the ranks to become Chief Executive of Scottish Friendly and putting his MBA foundations of strategy, planning, finance, marketing, and more into good practice.

When I joined Scottish Friendly six years after Jim, I noted with admiration that he employed that much under-rated and under-utilised management tool, MBWA:  management by walking about.  Too often, senior managers keep themselves in an ivory tower, but Jim to his credit recognised the benefit of being aware of “the shop floor level”.

Jim was an old-fashioned guy in many ways and this was reflected in his prudent custody of Scottish Friendly’s mutual status and his shepherding of its members’ interests in good times and bad.  I recall well Jim’s steady hand at the tiller during the shock and turbulence of the stock market crash in 2002.

But Jim also had a strong entrepreneurial and ambitious vision for Scottish Friendly and Jim’s key role in the launch of a new investment management subsidiary in 1999 and a highly successful range of new ISA products marked the start of a new, modern direction for the organisation.

In more recent years it was great to see Jim entering (I think…it was still too early for me) and leaving the office at more respectable times.  For many years, Jim’s dedication saw him working long hours and it’s so sad that his early passing means he will not be able to enjoy the rewards of his travails. 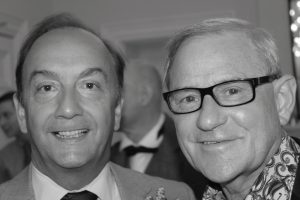