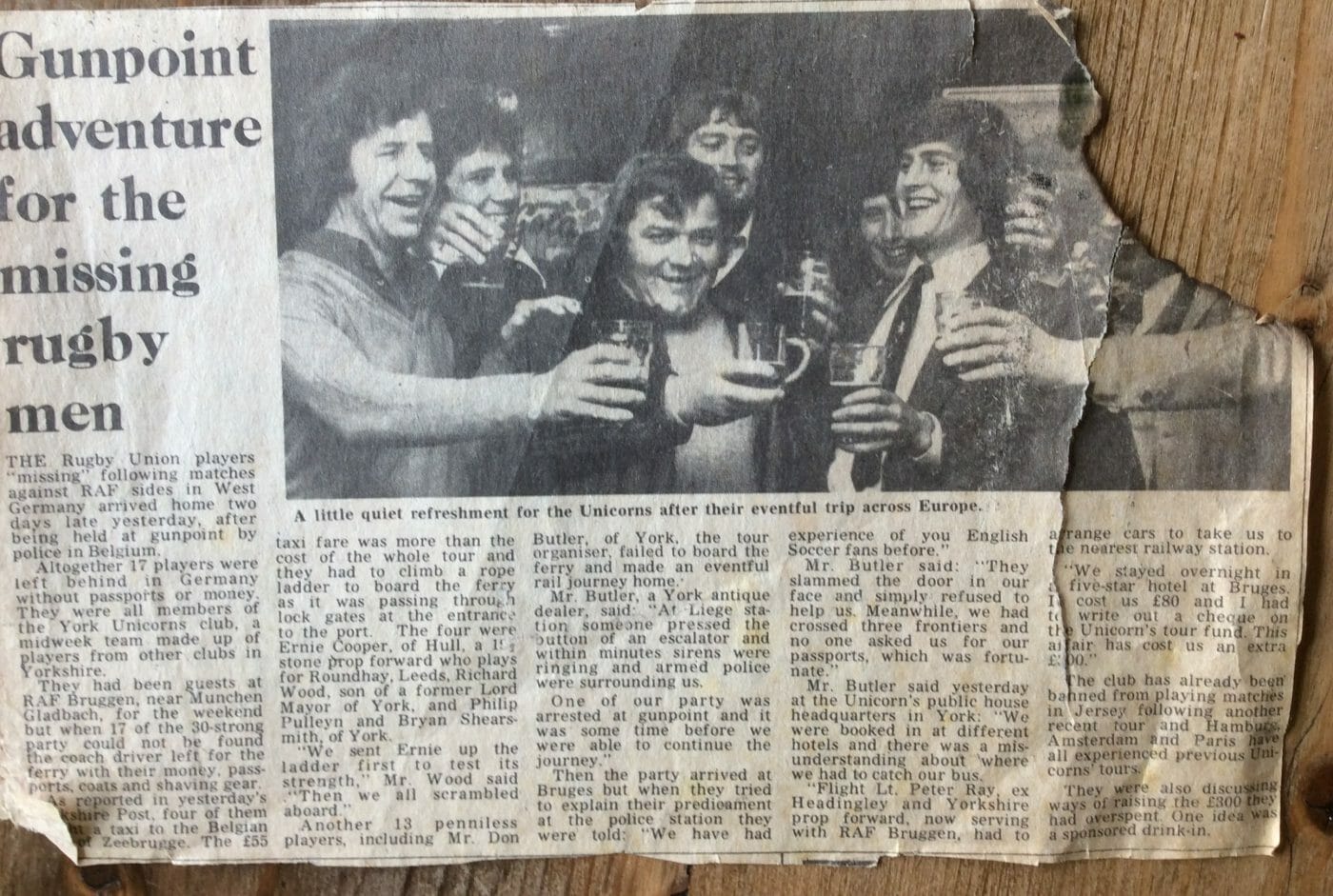 Where to start with stories about the life and times of Don “Butty” Butler? How to select a story from the many?

Well…. I was outside this station in Belgium. No money. No passport. and Don as my companion. We managed to catch a train but had no idea in what direction it was going (don’t ask!). After a while the train stopped and we got off only to find we were going in the wronng direction. We boarded another train and got off when it reached Liege. As soon as we got off the train we could hear the Unicorns singing songs at full volume. Spotted by some of the Unicorns they shouted “Butty” I was delighted to have found our fellow tourists but Don grabbed my arm and shouted “run” but before you could say “life is a bowl of cherries” we were accosted by armed Police and taken to where the Unicorns were surrounded by Police.The next train arriving at the platform had the pleasure of our company until the train arrived at Bruge.

I have no doubt that others will tell extracts from this Unicorns Tour because from the beginning to the end there are so many stories to tell.

So many great times. So many memories.Our loss will be Heaven’s new experience. Don will be already rounding up the Past (sorry about the pun) Unicorns and arranging their first game, after which there will be much drinking, singing and renditions from Don like “Eskimo Nell” and “The great Farting Contest”.

Oh! How much we will miss Don.