I met Rebel (Tracie) through a crafting discord channel and we quickly became the best of friends. To me, Paul started out as the sweet voice in the background who made their nightly drinkies of hot chocolate and coffee. I started telling Tracie to say hello to the ‘Drinky Man’. Shortly after that, Paul joined our discord and would tell us all about his daily adventures in life and space.

His caregivers were calling him ‘Mister Paul’ at the time. I was growing to know him more and more, as our ‘Drinky man, space adventuring, Mister Paul’. It seemed like fate that when I adopted our new dog, his name was already Mister… I asked Paul if we could name him Mister Paul and he said he’d be honored. A few weeks later, we adopted a puppy and named it Rebel after Tracie because we couldn’t have a Mister Paul without a Rebel. They’re two peas in a pod.

Paul was the sweetest, most self-sacrificing and positive person I’ve ever met. I’d only known Paul for the last few years but he was integral to my daily life during that time and became my family. He was always curious to hear about my challenges and was a constant kind and loving presence.

He loved his space adventures. One day while I was at the carwash, I snapped a picture of the soap all over my windshield because it looked like Paul’s space game…he loved it! I then started taking pictures of my ‘car wash adventures’ for him every time I went. Paul’s last post on our discord was a song he left me from his game to listen to when I was ‘going to space’. I’m humbled and so grateful to have known him. He was such a kind, courageous and loving man. He will be loved and remembered always. 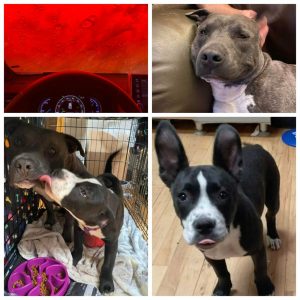