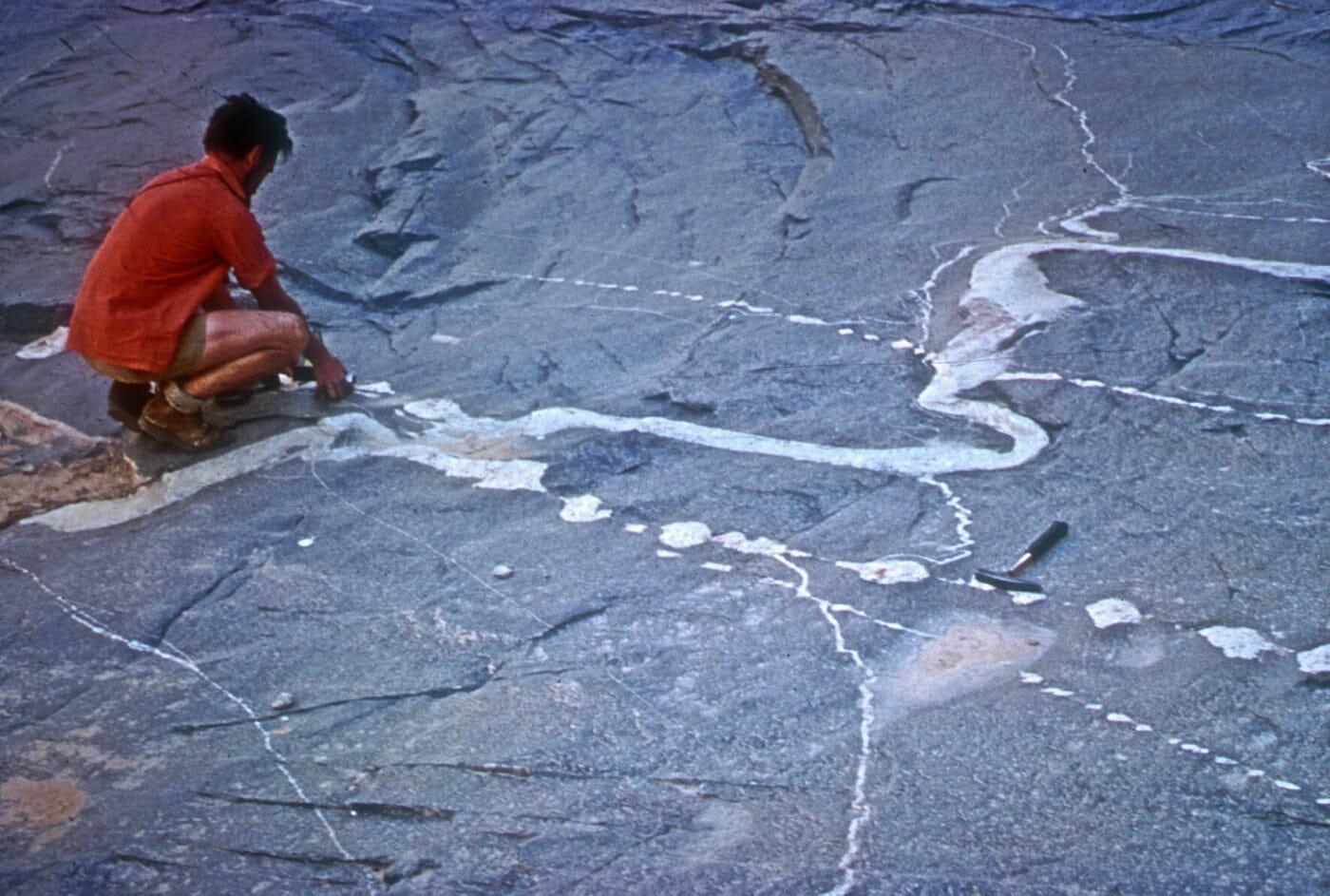 My husband, Jean-Michel (Jimmy) Bertrand, also a geologist, had the honour of receiving John on his thesis site in the Aleksod, in the Algerian Ahaggar massif where the attached photo was taken. Some will recognise the outcrop described in the book “Ramsay and Huber”. A little later, Jimmy introduced me to John in London at the beginning of my career at the Nappe and Thrust Tectonics Congress and I will never forget the simplicity and kindness with which John spoke to me as a young geologist. Afterwards I had the chance to see John several times at congresses and to follow an excursion he led in the Alps. I actually learned about structural geology in the field in Mali from Mike Coward who I think had learned it himself from John at Imperial College. My copy of John’s book (Folding and Fracturing of Rocks) is one of the most worn books in my library as I have used it a lot. When John and Dorothée moved to Cratoule, Jimmy and I went to visit them. Each time they welcomed us as friends and we had a great time together visiting their orchard and talking music. All my sympathy goes to Dorothée and John’s family. 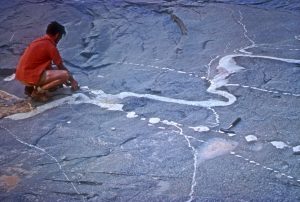