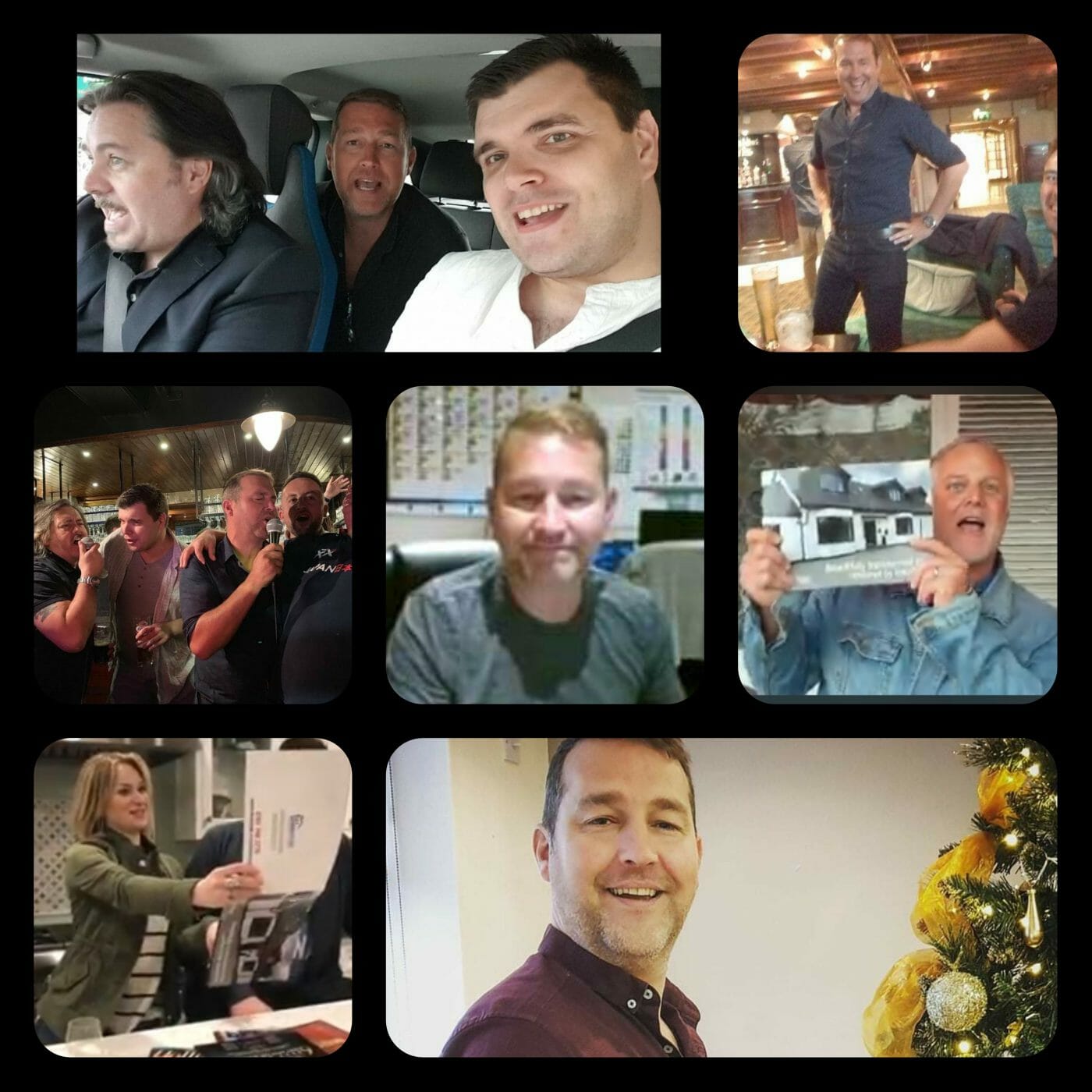 Over the years I have known Stephen, I could have written a book. The only problem was that there was never any drama – they would be just endless fun because that is what Stephen was to everyone.

The fun times we have had over the past 4 years since we came to know each other has been defined by laughter and a case of one-upmanship to a degree. Whether it was junkyard golf, karaoke or jokes at the expense of each other – he was pure gold. No matter who won, you would always get one of those Tanswell stubble-hugs and kisses that he dished out to everyone he loved, with his smell being either last night’s aftershave or vape.

He was the most unselfish guy I think I have met, and involved everyone in everything. He loved a crowd. On my 40th birthday, I had to sub at the group we met through, and he sat next to me all morning and later said “what better way to spend your 40th birthday than with your friends”. No one else there were even aware that morning, but he knew.

He would always say I would take the WORST possible pictures of him ever – which is why I would take them. His brochures have become the stuff of legend, and I had to take it one step further. I bagged one to take to Los Angeles and had actors play out skits focusing on Steve’s seemingly otherworldly ability to have handed them out to everyone on the planet. The brochure I took currently resides in the Bates Motel set at Universal Studios to this day, as that house desperately needed rendering.

Every time we had the chance to hang out, Steve was the life and soul of the party. If you were not coming out, Steve would be the one calling or messaging telling you it won’t be the same if you didn’t go. He loved so many people and wanted them all around him – and you were glad you listened to him.

My favourite memory is when we went to an event being sponsored by a winemaker at the city centre Debenhams. They had free gift bags to which Steve and I fought we would take two each. Steve was accosted by the event organizer who told him he couldn’t take two. When we got outside, he looked at my slightly bulkier bag and asked how I got that out. I told him I was emptying the contents of the second gift bag into the first whilst she was telling him off.

He is an amazing friend who always wanted the best for me, and I for him also. I have one lasting memory of him being on a zoom call with the rest of the cast for a movie I was featuring him in, and his one time reading of his role was making everyone, from the UK and US, laugh hysterically – along with his admission that the only acting he had done was in a school play where he had to sing – and then he sang the entire song. Everyone fell in love with Stephen Tanswell that night.

In life, we are afforded so little time with genuine heart-warming people, and they are destined to leave a hole as big as the one they fill in life, but you only lose them when you forget what they provided for you personally. Stephen taught me that making people smile and laugh, even at your own expense sometimes, is the greatest gift you can give to anyone. If I can provide half of the love, support and friendship to people that Stephen did then my life was worth living.