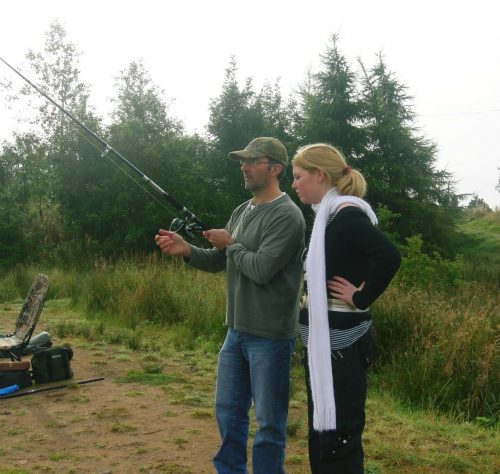 Robert Allison, or Mr Allison as he was known to all our pupils, was the Senior whole school Technician in Trinity High School for over 20 years.  Those of us who work in the school are fond of saying that Trinity is a school like no other – it is a community with a sense of shared values – but it is people like Robert who give a real meaning to that saying. Unlike many school technicians, who do a great job as the school technician, Robert gave his usual 150% to the job and other activities around the school and his place in Trinity High School extended far beyond the role he was employed to do.

Due to Robert’s amazing skills and creative talents, the actual job of Technician was something he could do with his eyes shut and one hand tied behind his back and Robert was like an extra teacher in the department, loving nothing more than being in the workshops helping the pupils and the teachers. Robert was well known throughout the whole school. On his jaunts around the building there was barely a classroom or office door he could pass by without stopping for a chat.  He loved getting involved in all sorts of school trips and events and in turn was the top of many teachers’ lists when they needed a helping hand.

As well as birdwatching, running and fishing were hobbies that Robert enjoyed greatly and he was always generous when it came to sharing his interests and knowledge with others. He was particularly keen for the pupils to get the same opportunities that he had, so for many years Robert organised a fishing trip to Loch Awe.  He would take around 30 pupils, some at his own expense, for a week to Loch Awe and teach pupils skills in fishing, barbecuing and how to organise themselves. Many former pupils would come back years after leaving school and thank him for introducing them to a hobby that they had now taken up, and this was all down to Robert’s enthusiasm and encouragement.

There are so many stories and anecdotes that could be shared, all a testament to the fact that Robert Allison was an extremely valued and highly respected member of Trinity High School’s community. It is hoped that this book will give members of our community, both present and past, the opportunity to share some of those fond memories so that we can collectively celebrate Robert’s contributions and commitment to our school. Robert was a great character that both staff and pupils liked being around.  He wasn’t just a Technician, a colleague and a friend to many, he was an inspiration to the whole school community and will be sadly missed, but fondly remembered, by everyone at Trinity High School.

It’s hard to think of a colleague who better embodied the Trinity spirit than Robert. Always ready to chat. Always ready to help. And, above all, always ready and willing to give of his time to the pupils. In his role as Senior Technician, Robert would stop by the Science Technicians’ Base on a …
Read More

It was always so nice to bump into Robert at work. He took the time to chat whether it was about his most recent adventure or what he was getting for lunch. He was such a genuine guy and Trinity is not the same without him, he is truly missed. …
Read More

Robert Allison the perfect gent kind caring willing to go out his way to help. I have lots of special memories of Robert. The first had  to be Robert meeting me coming into school straight from the local swimming pool this was at the back of 8am. The next was when one of our …
Read More

It was always great to meet you in the corriders. Your positive, energetic attitude was an inspiration to us. Will miss you. God Bless …
Read More

Robert was always on hand when something needed fixed, whether it was a shelf in the photocopying room or a cupboard door in the staff room, Robert was there.  Robert was always helping others. Most notably for me, Robert mended my late Gran’s table, he restored it to perfect condition & I remember him …
Read More

Robert was a great colleague and a great guy. He was always very helpful and very generous with his time. He will be missed and my thoughts are with his family.  …
Read More

Rest in peace Robert – what a wonderful colleague your were! I was very grateful when you took time out of your busy schedule to fix things for us and you were always happy to do it. You drove my Italian class to our restaurant trip and were happy to go for a walk …
Read More

I have fond memories of Robert and miss him. I  just had to ask to borrow a hammer, in the full knowledge that Robert would appear and all was sorted. We had great chats when Robert would share fascinating stories of his travels and birdwatching, always so inteteresting and knowledgeable. Robert is so missed …
Read More

You were a thoughtful, engaging man with a variety of interests. I will miss discussing potential road trips across America and what I would be able to see. You were a font of knowledge. Your love of bird watching and your discussions of it have helped my knowledge on the subject increase. I remember …
Read More

Those of us who work at Trinity High School are fond of saying what a special place it is to work and what a great sense of community it has – for me, Robert Allison was the perfect representation of that saying. The fact that he had such a specific job but was known …
Read More