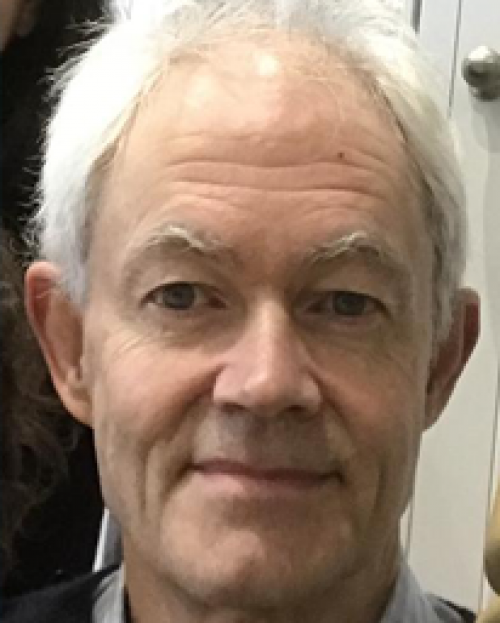 Professor of Archaeology at the University of Southampton, Fellow of the British Academy and Research Professor at the British School at Rome, Simon was a renowned expert in ports, commerce, urbanism and culture in the early Roman Mediterranean. His written legacy includes 10 books, as author or co-author, 12 edited books, and more than 200 papers. As part of his research, Simon led several extensive archaeological surveys in the Mediterranean, including the Ager Tarraconensis in Catalonia and a number of Roman towns in the Tiber Valley. In particular, he was well known as Director of the Portus Project – a body of research exploring and surveying the ancient port of Rome and its connection with Mediterranean trading networks. The project prompted numerous high-profile media appearances and played a significant role in the Italian Government’s decision to make Portus an integral part of one of its largest and most-visited archaeological parks, Parco Archeologico di Ostia Antica.

A greatly respected leader and highly valued colleague of more than 30 years at The University of Southampton, Simon was Head of Archaeology twice and more recently assumed the role of Associate Dean for Research within Humanities. He retired from the University in the summer of 2020.

Still when I found myself looking at amphora papers or at books on Rome, commerce or trade, the first person who comes to my mind is Simon. And it is like I can imaginarily exchange opinions on amphora forms and on their variations and their potential archaeological significance or also just having a laugh …
Read More

I enrolled in Simon’s online course on Portus, which I greatly enjoyed! I followed this up with a site visit when in Rome for Italy v Scotland rugby match. Thanks to Simon’s enthusiasm and knowledge, I plan to visit Isola Sacra in 2022. So sad to hear of Simon’s untimely death.       …
Read More

I was deeply saddened to learn of the premature death of Simon Keay. I met Simon when I was working at the British Embassy in Rome as Visits Officer and organised a visit, together with the British School at Rome, for HRH Princess Alexandra, President of the BSR, to Portus.  Simon led the visit, …
Read More

Simon was one of the first people I met in the Department when I arrived at Southampton in 2000. His kindness, enthusiasm and knowledge made  a strong impression on me then, which only became accentuated as I got to know him more over the years. He will be so sorely missed.  …
Read More

Simon and Portus were the reason I came to Southampton and shaped so much of my life for many years. I feel privileged to have studied under him and work alongside him. He gave time and encouragement to everyone who sought from him. Always positive and smiling, even when stuck out in torrential rains …
Read More

Simon was my mentor when I was appointed as a rather inexperienced lecturer at Southampton back in 2007. He gave me much good career advice in those early years (and I wish I had been successful in following more of it). He occupied the office next door to my own, and I quickly became …
Read More

My memories of Simon, firstly in my encounters with him whilst pursuing my PhD and laterly whilst teaching in the department are dominated by the fact that he was always ready to smile and nod in my direction, as well as chat about work and life in general, which I later realised absolutely represented …
Read More

I first heard Simon speak on a documentary about Portus, a topic for which he had great passion and made remarkable advancements. When I arrived at the BSR I did not expect such a “big name” to be so open, generous, and willing to have a drink and a laugh with a student such …
Read More

Simon was a valued colleague at The British School at Rome during the years he served as Professor of Archaeology. Kind and generous – he gave up most of one of his precious days to lead a memorable visit to Portus for scholars, residents and staff in 2008 – and eminent, of course, in …
Read More

What a life to celebrate! Aside from his extraordinary academic energy, we shall always remember his generosity of spirit. We saw his support for students and personally enjoyed his earnest encouragement with regard to our own projects. It’s really difficult to imagine not seeing Simon at the BSR again and chatting over dinner. Such …
Read More