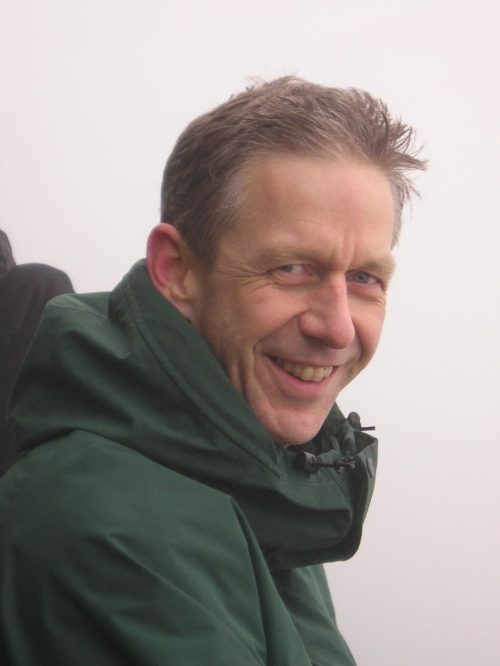 It is with a sense of profound sadness that we report the sudden and untimely death of Professor Simon McQueen-Mason. Simon was involved in a cycling accident on the Isle of Wight on Sunday 5th June and died instantly.

Simon was the Chair of Materials Biology at the Centre for Novel Agricultural Products (CNAP) in the Department of Biology. His path to academia was unusual. He left school at 17 without any A-levels and worked as a professional fisherman, eventually owning his own boat. The money he earnt from fishing funded his passion for travel. It was while travelling that he became curious about living systems in the natural world, particularly in the marine environment. This inspired him to write a letter to Portsmouth Polytechnic at the age of 26 and convinced them to offer him a place to study Biological Science. He had not studied biology since the age of 13 and initially struggled but he persevered and graduated with a First-class degree.

In 1987 Simon was offered a PhD position at Pennsylvania State University under the supervision of Professor Daniel Cosgrove, publishing 5 ground-breaking papers based on his discovery of plant cell wall modifying proteins called expansins. In 1994, after a short period as a postdoc at Penn State, Simon’s career at the University of York began. His pioneering work on plant cell walls formed the basis of a prestigious Royal Society Fellowship. Simon was subsequently appointed to a CNAP Chair in Materials Biology in 2001. His knowledge of plant cell walls laid an excellent foundation to developing innovative technologies for unlocking the sugars from the matrix polysaccharides in plant cell walls for the production of biofuels and chemicals, and recently, the production of sustainable textiles. He was keen to see the research in CNAP translated for the benefit of society and his work played a key role in the centre being awarded a Queen’s Anniversary Prize in 2005 and the establishment of the Biorenewables Development Centre in 2010.

Simon’s love of travel made him passionate about using his skills to address environmental issues and global challenges, particularly climate change. He led international projects in Brazil, India, Philippines, Thailand, and Vietnam to create value from agricultural residues such as rice straw and sugarcane bagasse, with a particular emphasis on helping small holder farmers. Simon had excellent leadership qualities, he directed two large EU consortia, he was the director of two BBSRC Networks in Industrial Biology LBNet and BBNet, and he was Director of CNAP from 2014 to 2020. He had many international collaborators and his relaxed laid-back manner put everyone at ease in his company. He was a brilliant creative scientist and was much loved by his group.

Simon was devoted to his family and is survived by his partner Claire, former wife Florencia, and his children Ian and Sofia.

He will be sorely missed by his friends and colleagues across the world.

Dear Simon – what a sweetheart!  And what a loss.  Who could forget the way you seemed to view the world from the wings, and find it all so amusing!  A spreader of happiness, and we can’t afford to lose those.  xx …
Read More

Like everyone, I was shocked and saddened to hear about Simon’s sudden passing. Many nice things have already been said about the kind of person, the kind of true researcher that he was. I will miss his sometimes sudden requests for enzymes for this and that project as well as discussions about a more …
Read More

Just learned about Simon’s untimely passing a few minutes ago from another colleague. My sincere condolences to his family and friends. I knew Simon for a relatively short time as a post-doc in his lab. His friendly, easy-going and laidback personality suited very much the Australian manner than I am accustomed to. I will …
Read More 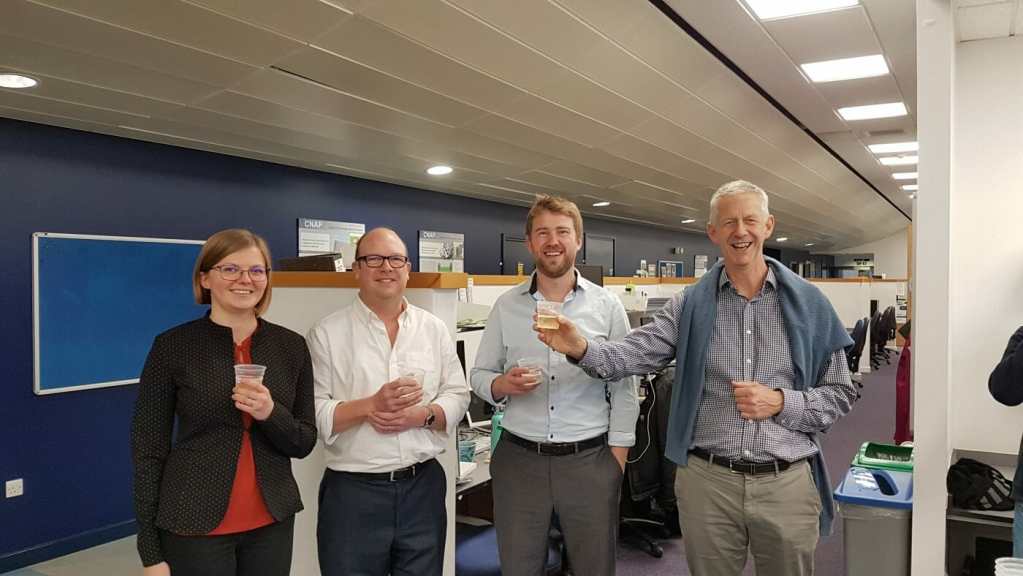 “Do what you love, and you will never have to work a day in your life,” Simon once told me, in one of our weekly supervisory meetings. He said he knew this saying was greatly overused, but it was something he truly believed. Anyone who knew Simon knows that he absolutely loved being a …
Read More

I was extremely sad to hear about Simon’s tragic accident. I met him in Brazil for the first time during a workshop for a project he was leading. He was a very nice person and I will always remember him with great respect. My condolences to his family and friends. …
Read More

Simon’s research with Dan Cosgrove was superb – finding and working with expansins that are now in ‘textbooks’ and no longer molecules awaiting discovery. Simon adored the natural world however large or small, with a totally open and uncluttered mind.  It was great to get him home from the US to York with …
Read More

It is so immensely sad to lose someone with so many good qualities as Simon – friendly, patient, creative, insightful, hardworking, humourous, gentle and modest. I got to know Simon around 10 years ago while he was leading the Buddhist meditation group of the York branch of the Western Chan Fellowship. Simon was a …
Read More

Pete and I were shocked to learn of Simon’s terrible accident. Losing Simon is so sad and so sudden. Our thoughts are with Simon’s family, of course, and with his colleagues. Simon was a great scientist with an obvious sense of adventure in the research he led. He was lovely guy and he will …
Read More

Dear Simon, my favourite Professor. As an administrator of Simon’s many research awards for several years, I always enjoyed our discussions regarding “the spend”. Such sad and shocking news and my thoughts are with Simon’s family and friends. I hope you will be comforted by all the heartfelt messages from his friends and colleagues …
Read More

I heard from one of my colleague that Simon was passed away:(( That Was crazy. Having known him for 10 years, I was shocked when hearing that awful news. Anyone who knows Simon will always remember his kindness and friendliness.  It must be very hard for his family. I would like take this opportunity …
Read More