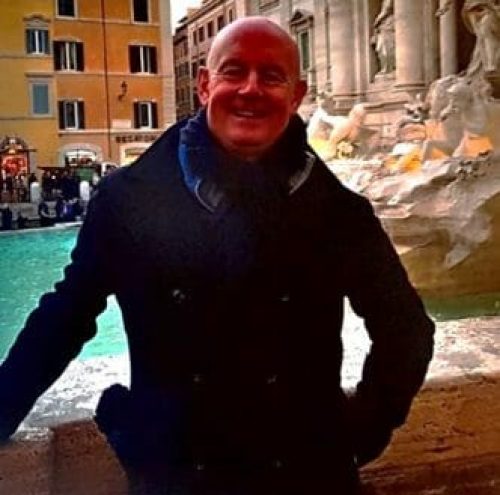 Paul’s positive attitude was an inspiration to all who were aware of his circumstances.  He was a stoical, ‘no-fuss’ and hugely likeable character, and despite having several episodes of illness over the last 3 or so years,  Paul used his passion for sustainability and making a difference as a channel of focus and normalisation while dealing with his health challenges. Similarly, Paul’s clients were very appreciative of his dedication to their needs, despite these personal difficulties. Paul was an Anthesian for 5 years, and some of you will no doubt remember his Coast-to-Coast trek across Scotland with his brother in 2017 to raise funds for his cancer charity; he will be sorely missed.

Dear Angela and family of Paul,As a member of one of the sector groups for which Paul worked with heart and soul, I would like to wish you much sympathy and support in the loss of your dear husband and father. Paul will remain in my memories as a warm, sweet and positive man …
Read More

My sincere condolences to the Dornan family. Paul was an inspiration to us all at Anthesis. His no-fuss approach to life, allied with his courage, humility, modesty and great humour, set him apart. We marvelled at his resilience through his illness, and the commitment that he made to all, resulted in him being a …
Read More

Dear Angela and Family, My deepest symphaty in this difficult time for you. I miss Paul already, he was just so easy to talk to, ask advice from, have a laugh with. I remember the first time we met in person, he greated me with a big hug, his warmth was always palpable and …
Read More

Dear Angela and family The first time I met Paul was in Bristol at the Christmas party shortly after he started with Anthesis and I remember thinking it was great to have him onboard as a new colleague. I did not have much overlap with him working on his main client, EPRA, but we …
Read More

I had the pleasure of working with Paul throughout his time in Anthesis.  He was always very approachable and happy to help out with any piece of work, however large or small.  Paul approached his work with great positivity and always a little dash of humour.  He was always great company whenever we had …
Read More

Dear Angela and Family of Paul Dornan, please accept my deepest condolence for the loss of Paul. I am honored to have had him as a mentor and get to know his great and positive spirit over the past 15 months. Paul was always ready to help and guide me whenever needed. He was …
Read More

I had the pleasure of undertaking a two-day audit with Paul a few years back. The audit was tedious, but Paul made the experience enjoyable and entertaining.  Paul had a wealth of experience and was more than happy to share his knowledge and expertise to help me. We both went out for dinner and …
Read More

Dear Angela, and family. My deepest sympathies to you all at this difficult time. In recent weeks Paul talked with excitement about his role as a grandparent, and the arrival of his latest grandchild. He shared how the next generation inspired him, and how important it was to him in his work. His loss …
Read More

My deepest sympathies on Paul’s passing. His positive attitude, professionalism and humour were an inspiration to all his colleagues here at Anthesis. Our thoughts and prayers are with your family at this time. …
Read More

My abiding memory of Paul is his cheerfulness and humour. Over dinner and drinks a few weeks ago he was full of life and energised everyone around. I will share a wee dram with his memory tonight. …
Read More