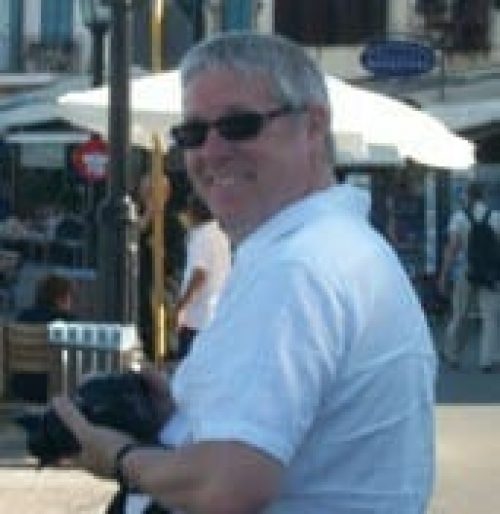 Mike will be missed by many people at Renault, but particularly his colleagues in the parts field team and the many dealerships he worked with, who would invariably describe him as straightforward, honest and helpful. He spent his entire Renault career, over 13 years, “at the coalface” working with the dealer network where he was always a team player and would put the needs of the team and others first – a selfless trait that we all recognised and respected.

Like many of us, Mike was a “motor trade lifer” and had worked his way up in the industry, starting as an apprentice rising to be both a parts manager and service manager in the network before joining Renault UK. With this wealth of experience and his knowledge of systems it’s no surprise that he was very much our “go to” man in terms of understanding parts operations and had been a key part of the team implementing a new ordering system.

Personally, professionally and simply for being a thoroughly decent man, he will be missed and remembered.

I was deeply saddened to learn of Mike’s passing and would like to extend my deepest condolences on behalf of the entire management and staff of Renault UK Ltd. Mike was a respected manager and trusted employee of our company and he will be sadly missed by all of us who knew and worked …
Read More

I had the pleasure of working with Mike for many years, he was a valued member of the team.  He was hard working honest and reliable, but also a good friend to many and respected by all.  He will be greatly missed. My sincere condolences to all his family. Best wishes Tim …
Read More

I had the privalige to be Mike’s head of department in the Parts Operations team for a few of his years spent with Renault. Mike was a lovely man who never had a bad word to say about anyone, he was a valued & very popular member of the team. Mike, you’ll be sorely …
Read More

Very sad to lose one of our own and Mike was certainly a special one. He was quite unassuming but clearly so highly thought of by his colleagues and a real family man.  We will miss you Mike, but I’m sure  you will be resting peacefully and looking down on your family and friends …
Read More

I had the privilege to call Mike a friend as well as a colleague. Since we started working for Renault within a week of each other some 13 years ago doing the same job, we naturally hit it off. Mike was well liked and respected by both fellow colleagues and dealers alike and his …
Read More

I was very fortunate to have known Mike as my Renault area parts manager for a coupe of years. He was as people are saying, very knowledgeable and a rear genuine nice bloke. A very wise motor trade man who i had alot of time for. Nothing was a bother and always had great …
Read More

So sorry to hear of the Loss of Mike, only had the pleaseure of his wisdom for going on a couple of years, but once you met him you got an instant friend, he was a fantastic human, he made a big impression on you and always helped if you needed him,  my condolences …
Read More

I first met Mike around 2010 when he took Hull on as his area. Mike was such a lovely guy, he had good character and it always felt like he had our best interests at heart. I always had time for Mike and would have happily gone for a beer with him! He will …
Read More

We were all very sad to hear the news of Mike’s recent passing. We first had the opportunity to work with Mike when he was an area manager and most recently whilst he was successfully implementing a pilot project. Mike was a down to earth, knowledgeable, and friendly gentleman who we all enjoyed spending …
Read More

I was so sad to hear of Mike’s passing . A true gent so unasuming and helpful . Nothing was ever to difficult for him to help with. An abiding memory I have is a great works trip in Mexico playing beach volleyball and the great time we had . Mike and the family …
Read More