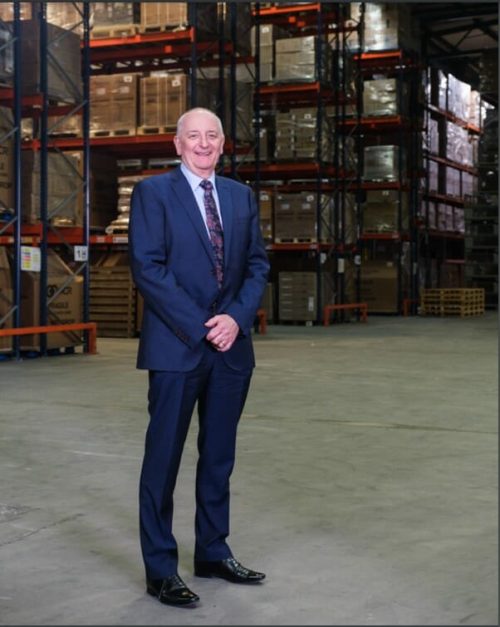 It is with great sadness and unimaginable pain that we say goodbye to Les here in this book. He passed away on Friday 28th Oct after a prolonged battle with cancer, a battle that he faced with immense bravery, humility, and characteristic humour. He showed a strength that will characterise his legacy and show those of us that remain a great example.

On 3rd May 1954 the second son of Murray and Jean Flanagan, Les was born. He grew up in London Colney idolising his big brother Ray and eventually becoming a big brother to Murray and then Helen, who he dearly loved and cared for immensely. He often reminisced about his childhood and how wonderful it was, despite his parents having nothing of value they gave their children the greatest childhood filled with adventures, experiences, and laughter. Written off at school as a ‘damn cuckoo’ Les went out into the working world and found himself in the logistics industry as a forklift truck driver. A humble start for a man that was to go on to become a titan in the same industry and then owner of three very successful logistics companies. Not bad for the young lad that left school with nothing.

His early days as a new parent were to Andrew and Christel, doing all he could to make their lives a joy and balancing a busy work life with the demands of a single parent, quite unheard of in the early 1980s. Much like his parents and their grandparents Les gave them all he could, despite the challenges he faced. Two became five with the arrival of Matthew, Oliver, and Elizabeth and then seven with the arrival of twins Isabella and Alexi. Selfless, caring, loving, and nurturing he would give all to see others happy, especially his children. His dedication to fatherhood was immeasurable and his love and care unmatched. His dedication to his role of ‘Uncle Les’ led him to taking the unruly mob out on road trips and outings, camping, and caravanning, and causing havoc when entertaining them at grandparent visits. Whilst the stress of such adventures was palpable, Les took it all in his stride and cared for everyone in the kindest ways.

Becoming a grandfather for the first time in 2004 he had the opportunity to extend his love and care all over again to a new generation. Showing Mollie, Sophie, and Ava his love, care, and kindness.

Les met Provan in 1997 and they married in 2005, they shared a wonderful life together with travel, children, adventures, and Provan supported Les in everything he did. Most notably the raising of their lovely twins Isabella and Alexi and the creation of the businesses they ran together.

Les made many, many friends on his journey and always had time for everyone. He was a colleague to some, a boss to others and a mentor and leader to all of those he came across in his professional life. He worked for some of the biggest logistics companies in the world and often spoke very fondly of the people he had the pleasure to call a friend or a colleague. He added warmth, charm, and positivity to all situations, and he did so with respect and empathy.

Les will be dearly missed by all who knew him, and he will live on in all of us.

Please share your memories, pictures, and comments in this book. It will go on to be a notable keepsake for the whole family.

Goodbye old man, thank you for everything. God bless and see you next time.

The day we announced our partnership back in June 21 was such an amazing day. I clicked with Les immediately we laughted a lot and new so many of the same people. From day one we gained new business and the buzz was fantastic. He was so energetic and positive. I will always be …
Read More

Our friendship began at a very early age as neighbours in Manor Road, London colney. Our families were great neighbours and friends. Growing up together and sharing many friends we had such fun and laughter with all the antics we used to get upto. There are just too many tales to be told but …
Read More

Dad, I remember running to the door when you returned home asking you to get the clarinet out so you could teach me how to play it. You also gave me my middle name “benjamin” after a famous clarinet player. You taught me self defense, how to polish shoes, how to look and be …
Read More

I worked with Les on a couple of projects. He was always most professional. He invited me to visit him at his home but unfortunately it never happened. Les you were a pleasure to have known. RIP …
Read More

Les was a true ‘one off’. A very kind, generous and considered gentleman. In business and in life, he always did what he said he was going to do – which always stands a man out from the crowd. He was our ‘logistical expert’ Non Executive Director at Goodwill Solutions Community Interest Company. A …
Read More

I have had the pleasure of knowing and working with Les for many Years. He was my friend. He will be sadly missed by many, however we all have of precious memories which will hold us in good stead. My sincerest condolences to his family. …
Read More

So we started the new year of 2022 and how would you ever believe how it would unfold, our big brothers Ray and Les passing away with in five months of one another  For my sister Helen and I our brothers were a decade older than us so we looked up to them with …
Read More

Remembering Leslie, my lovely, fun, charming, thoughtful and wonderful brother. The most fantastic memories held in my heart. Leslie was calm. He calmed me and I always felt excited when he was coming to visited because I knew fun would be had.  Rod Stewart family gigs. – if you want my body and ya …
Read More