Professor John Ramsay FRS CBE passed away on 11 January 2021 at 89 years of age. This book collects condolences and remembrances of John Ramsay from his past students,  friends and colleagues in the world of geoscience, upon which he made such a major impact.

The following obituary is provided by Catalina Luneburg and Hermann Lebit, his last PhD students:

Professor Emeritus John Graham Ramsay, a pioneer of Structural Geology – passed peacefully away in Zurich Switzerland on January 12th 2021, only a few months short of his 90th birthday. John’s passing is felt by so many of us with a heavy heart and great sadness. He will be remembered not only as a brilliant scientist and musician, but also a warm-hearted teacher, inspiring mentor, respected colleague, wonderful friend and family man.

John Ramsay leaves an academic legacy that defined the fundamental concepts of Structural Geology as we know it today.  John’s seminal work, “Folding and Fracturing of Rocks” which was published in 1967 laid the foundation for the analysis and mathematical description of rock deformation based on observed structures. Comparable to revolutionary concepts of Plate Tectonics, which were developing in the same era, John’s rigorous approach provided the basis for quantitative structural analyses in context with crustal deformation. The landmark publication was followed by many articles and by three volumes of Modern Structural Geology (1983, 1987, 2000), together with Martin Huber and Richard Lisle. John’s exceptional talent as a tutor and author enabled his work elegantly to connect observations taken from natural outcrop examples with the underlying mechanical theories of rock deformation.

To this day, John’s outstanding scientific citation record exemplifies the profound and lasting impact of his contributions, which continue to influence researchers and students in Earth Sciences and Structural Geology. His achievements were recognized through a multitude of awards and honorary memberships. Among those are the Wollaston Medal of the Geological Society, London, the Prix Lutaud of the Académie de Sciences, Institute de France, the Holmes Medal of the European Union of Geosciences and the Science Excellence Award of the International Union of Geological Sciences. John was elected honorary fellow to the Geological Society of America, the American Geophysical Union and Geological Society London and foreign fellow to the Indian National Science Academy and the United States National Academy of Science. In 1992, H.M. Queen Elizabeth II recognized John Ramsay’s achievements and services to science with the Commander of the Order of the British Empire (CBE).

Beyond all John’s contribution to Structural Geology, he leaves a lasting memory for a unique talent and magic in sharing his passion for the observation and analysis of natural rocks with students and colleagues. The enthusiasm that John brought to field excursions is legendary.  His ability and clarity in analyzing structural geometries and connecting these with processes revealed a passionate Geoscientist, simply enjoying and exploring the beauty of nature.

John had a profound sense of mathematical structure and patterns that he deeply admired in nature also in music, – his second passion. Being an outstanding scientist as well as an excellent cello player and music composer, gave him the unique perspective defining him as a professional and as a person.

John was a strong and steady advocate in his scientific causes, though his students and colleagues remember him as a humble and open-minded man. He would listen and give everyone’s argument equivalent respect. There was always room for inspiring discussion and ideas that led to exciting results, which more than 170 students of his enjoyed. All of us are grateful for our time with John and his gentle guidance when sharing his passion for Geology.

John was very loved by his family, his wife Dorothee and his daughters, to whom we extend our sincere condolences.  He has touched so many lives through his work and passion; he will not be forgotten.

For those who wish to honor John’s legacy, in lieu of flowers you can donate to his favorite charity in his name:

Dear John, having been a PhD student of yours has been fantastic. You changed my life, and I’m sure you did that with many people. The next generations of geology students will never have the opportunity to spend some time in the field with you. They will miss a lot. We all miss you. …
Read More

I met John Ramsay’s book before I met John Ramsay. I recall the book’s very clear explanations, and the central role of understanding the geometry of rocks on all scales. Our paths crossed then in the 1980s at conferences during and after my PhD: Tectonic Studies Group in the UK, and international conferences. We …
Read More 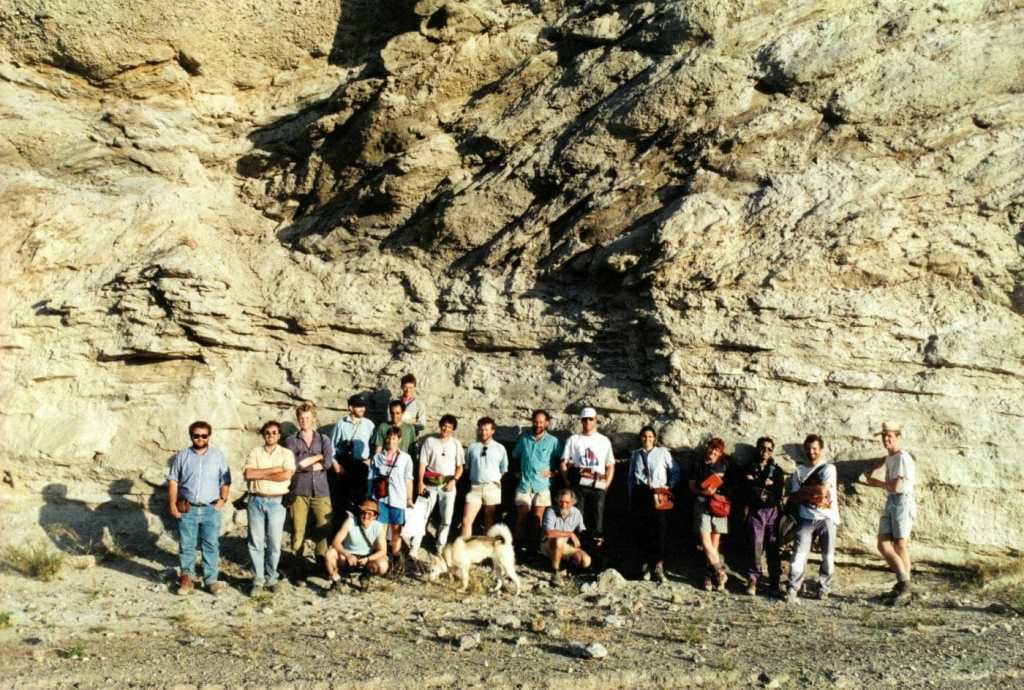 J. G. Ramsay in the Alpujarras We are sad to hear the passing away of John Ramsay. Several people of the Group of Tectonic in the University of Granada have meet John in several moments of our careers, one exceptional geologist that taught all of us how far Structural Geology can go. He was …
Read More

John was an amazing and compassionate geoscientist and mentor.  His contribution to our field will endure forever.  Perhaps just as important to that contribution in terms of his books, papers, and wisdom, was his ability to encourage young people.  In a quiet and unassuming way, John had the ability to give advice, inspire, and …
Read More

It was a heart-breaking message we received on January 12th. One of the greatest geologists has passed away. John was more than an exceptional structural geologist, teacher and mentor for so many of us and we will remember all the wonderful moments with him. I recall vividly his first visit to my field area, …
Read More

I was sad to hear of John’s passing. I was lucky enough to be taught Structural Geology by him as a second year student at Imperial College in the early 1970’s. He was a superb teacher and had the gift of being able to explain complicated concepts with great clarity. The legacy he leaves …
Read More

I first encountered John Ramsay in November 1961 as a member of the interview panel for applicants to the Geology ARCS/BSc course at Imperial College. My recollections of the interview are  that it centred on the writings  of George Orwell and  history of the Spanish Civil War.  This was my introduction to John’s eclectic  …
Read More 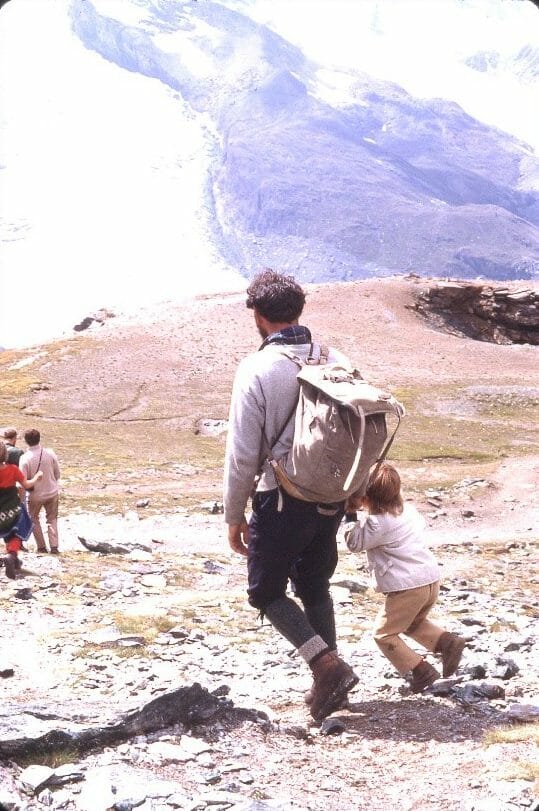 Like with so many of John’s students, my contact with him was truly life changing. I first met the great man in 1968 when I came to Imperial College as a fresh, young, graduate to attend the extraordinary M.Sc. course in Structural Geology & Rock Mechanics that had just been started by John, Neville …
Read More

Well John, you have passed away and now we write some words that will be part of the collective memory of your life and work. I am sure in due course of time, when lockdown is over, we will have a proper celebration, like the memorable parties you hosted in London and in Leeds …
Read More

I am one of John Ramsay’s many admirers. I came to Switzerland as a coworker of David Spencer when he was doing his PhD to attend the Himalaya, Karakoram, Tibet conference John also came to work with David Spencer, his PhD student, and introduce two younger students to the Kaghan Valley in Northwest Himalaya, …
Read More