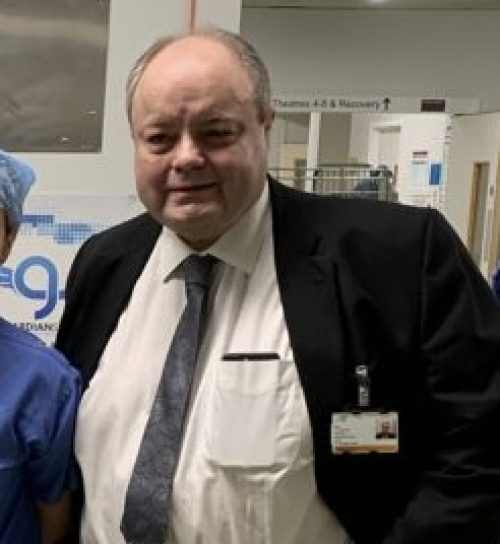 This book is a memorial book for Guy Jackson and we welcome everyone’s reflections and memories. You can add photos and videos if you wish. We will use the book to collect stories for his memorial party, as he wanted a big party in his honour.
Roderick ‘Guy’ Jackson, a Consultant Anaesthetist at Newham University Hospital died peacefully on Friday September 10th, 2021. He was 57 years old.
Guy grew up as an only child in Folkestone where his father had been a breast surgeon. He was an undergraduate at King’s College School of Medicine and Dentistry, qualifying in 1990. His Anaesthetic training started in Brighton followed by the Royal London Hospital and associated placements. During his registrar years he worked towards a PhD on the mechanisms of traumatic brain injury with his supervisor Jon Stamford, in the academic ‘Anaesthetic Unit’ led by Professor Leo Strunin, President of the Royal College of Anaesthetists.
Whilst attempting to complete his research after the closure of the Anaesthetic Unit mid-PhD, Guy would regularly anaesthetise for Professor Richardson’s neurosurgery list. Professor Richardson certainly respected Guy’s skills, especially his use of ‘total intravenous’ techniques, which are common today but not so much then. Guy subsequently became a Consultant Anaesthetist at Newham. There he helped to shape the Gateway site into the slick ‘BHOC’ that we see today. Latterly, whilst he was unable to carry out clinical duties, Guy joined the NatSIPPs team and developed a passion for patient safety work.
Guy enjoyed living in his flat in Stratford and his neighbours and caretakers kept an eye on him and made sure he was OK. He visited his family home in Folkestone at weekends until his parents died.
It would be fair to say that none of us knew Guy very well until the last few years, when his long-standing health issues became more obvious, and he reached out for help. He made new friends amongst his colleagues and with members of the BDDG (http://www.bddg.org) and gained support from the PHP (https://www.practitionerhealth.nhs.uk). With his health issues came other related problems as well as the death of both parents, which preyed on him catastrophically. Guy had no surviving family and was a very private person, but he was kind, generous and sociable when the opportunity arose. He somehow slipped through the net of support which should be available to all doctors. However, we did learn, somewhat late, that he loved heavy rock, grand prix racing and good food! It is with sad irony therefore that one of his last wishes was that the Royal London Anaesthetic department should have a party in his honour after his death, and that he would leave all of his estate to the Barts Charity, to support patient safety ventures.
He died peacefully on 13C ward at the Royal London, with his colleague friends at his side and the HCA who had gained his respect during several lengthy stays, remaining behind after her shift to be with him until the end.
Rest in peace Guy.

We welcome everyone who knew him to share their stories.

I was shocked to have found out about Guy’s passing over a year after it happened. Along with Guy, Steve O’Grady and others we formed a rock band during our Undergraduate years at King’s College, London. I am not in the picture as the drummer I was taking photos. The band was formed to …
Read More

It was with great sadness that I learned, belatedly, of Guy’s death. We were very close friends in university days, and I can certainly confirm his love of heavy rock and grand prix racing, having played in a couple of bands with him back in the day, and gone to the Monsters of Rock …
Read More 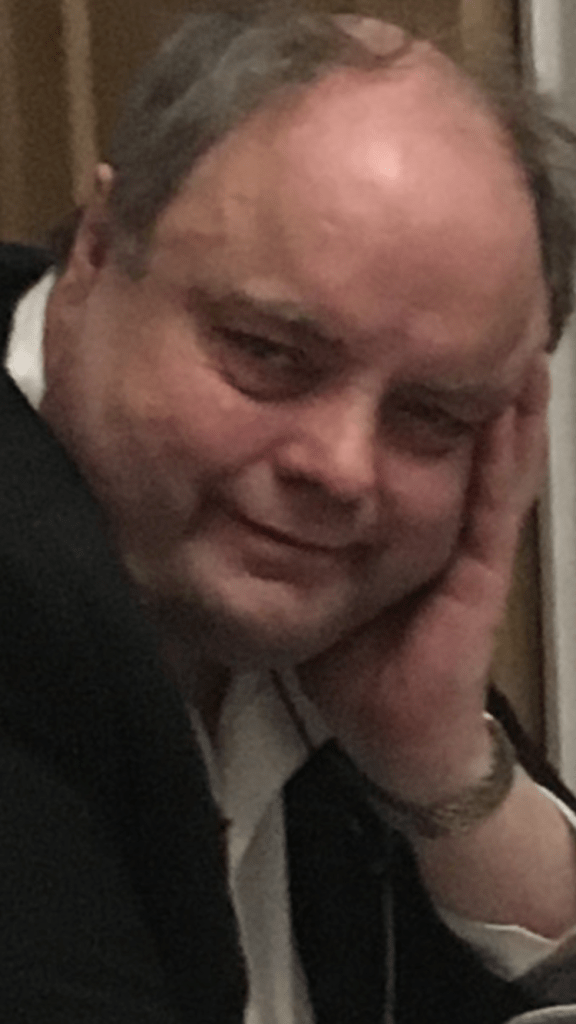 Dear Guy, I found you kind, gentle, sensitive, charming, bright, funny and a sense of fun, quirky, interested and interesting.  Although you were a statuesque big cuddly teddy bear I felt you were vulnerable too.  A lost soul in some respects.       I was very fond of you and found you easy …
Read More

I am truly saddened to hear of Guy’s passing.  He was a passionate and active member of the Culture & Leadership Programme during my time at Newham University Hospital and was one of our stalwart Champions.  He was always eager to contribute, was a real team player and was a true gentleman.  He is …
Read More

Guy came to Sunday lunch with our family in Kent. He was most generous and charming company. He spoke to our children, who respectfully accepted him as ‘one of dad’s friends’.He stayed long into the eveningRIP Guy.Liz Stamford …
Read More

Robert and I have been neighbours of Guy for over 13 years. He was a gentle man who always had time for a chat. We reached out to him several times when his health began to decline and although he was a private / proud  man he had the support and best wishes of …
Read More

I managed to record a bit of old home movie showing Guy in 1965 and 1967. In the first clip he is the blond toddler with the dark trousers and leather sandals and in the second clip at Folkestone’s Sandy Beach Harbour he is carrying a spade and then siting on his Mum’s lap. …
Read More

The news of your death was a shock to me. I can’t help to remember times when I ask for rational as to why certain things are done. You were ever so happy and willing to take your time explaining and putting  me through.I miss you Dr J and I pray that your soul …
Read More

A very bright  and enthusiastic gentleman. I am really sorry that  we could not give you the support  you need it earlier. Rest in peace. …
Read More

Rest in peace Guy from a colleague who knew you but really did not appreciate, see or understand your true unique value until your final days . I hope anyone who has met you will look into your life story and see what a true kind, compassionate person you were in your core with the …
Read More