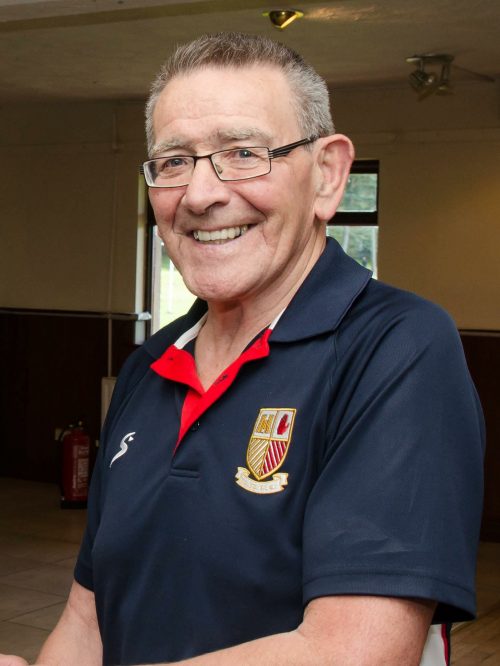 Derek was a cornerstone of Randalstown RFC for the best part of six decades and it cannot be understated how much Derek dedicated himself to the Club that he loved and cherished through his long and illustrious tenure with RRFC. ‘Ducky’ as he was affectionately known was ever present at Neilsbrook and seldom missed anything to do with the Club and was involved in its development helping to grow the Club through many years of service to its current solid foundations financially, in rugby matters and in its status within the local community.

The Club passes their condolences to his beloved wife Margaret and the entire family circle at this incredibly difficult time and the Club aims to prepare a fitting tribute to Derek in the coming days in order to recognise his years of dedicated service and the legacy he left behind.

It is hard to think of the Club without Derek around, however we know that he will want the Club to continue to grow and remain the close family Club that he helped build over so many years. He will be sorely missed by everyone associated with our Club.

Current restrictions mean we cannot gather in the ways we wish to, but we hope this book allows people a chance to share their memories and pass on their condolences to the family

It was with great shock and sadness that I learnt today from Walker Rainey of the passing of Ducky Waddell. Ducky is the cousin of my mother Helen Tannahill and I only met him later in his life whilst he was travelling through South Africa on his way to watch the British Lions, and …
Read More

Derek was a real one off. His kindness knew no bonderies and he did everything with a smile on his face. It was about a year ago he took me to my first ever Ireland match, little did we know that unfortunately it would be his last.  We have many great memories of Derek …
Read More

Absolute gentleman forever our friend Derek you’ll never be forgotten our memories off you will last forever. xx ❤ …
Read More

RIP Ducky you will be sorely missed by all at the club. You were a  friend to all who encouraged everyone and knew just how far to take it when you were in a mischievous mood.  My condolences to Margaret and the rest of your family circle. …
Read More

Will not be the same going down the club and ducky not being there. Lots of great memories, usually after 5 or 6pm on a Saturday when most people had gone home and we would pull up chairs and chat for hours.  …
Read More

I recall playing rugby with Derek in Dunmore park many years ago and he dislocated his shoulder. I reduced the shoulder almost immediately and Derek went back onto the front row of the scrum and played on. What a legend of a man and I’m proud to have known him as a friend. sincere …
Read More

Such sad news. So many great memories of Derek at the club and on tour.  He was a great encourager and will be sorely missed.  Condolences to the Waddell family and all at RRFC.  RIP Ducky …
Read More

Derek and Margaret looked after our dog. Derek was the only person who could control our rather badly behaved cocker spaniel. I am just remembering him and smiling. He was so full of life and plans and fun. I wish I could hug Margaret and when I can, I will. Sending Margaret and the …
Read More

Saddened indeed to learn of Derek’s passing. Thoughts with his family, friends and all at RRFC. 🏉 …
Read More

Absolutely heartbroken I’ve lost my best friend he was always there for me no matter what, gone now but certainly will never be forgotten. Love Stacie xx …
Read More