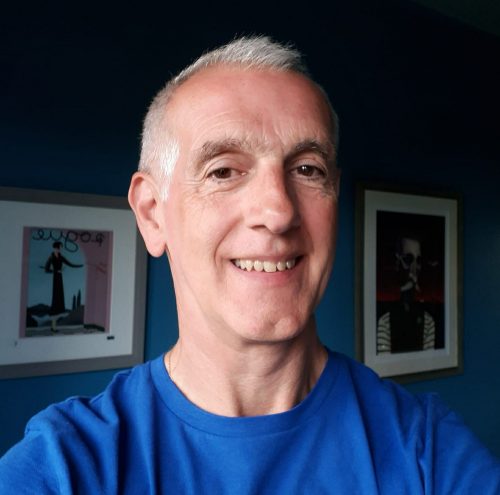 It is with great sadness that we learned of the death of David Ferguson, former NES Board Secretary, on Thursday 19th November 2020 after a sudden illness. Our deep condolences are with David’s family and friends, including the many NES staff he worked with.

David retired at the end of 2019 after a long NHS career which began in the early 1980s when he joined one of NES’s predecessor bodies, the National Board for Nursing, Midwifery and Health Visiting for Scotland. David was NES’s Board Secretary from the organisation’s creation in 2002 until his retirement last year. David’s quiet professionalism, calm approach and wealth of knowledge played a key role in establishing the NES we know today. He will be very much missed.

We have set up this online book of condolence to allow staff to share their memories of and tributes to David so we can pass these onto his wife Margaret, who many of you also know from her time with NES, and his children Amy, Jamie and Annika and their families.

Dear Margaret and family, I was so saddened to hear of David’s passing.  A true gentleman who will be sorely missed by all who knew him.   I loved David’s zest for life and his passion for Hibs football team and live music, as well as of course his love for his family which always …
Read More

David was so kind and patient with me when I joined NDS, really taking the time to explain so much of the work he was involved in, and giving me invaluable context to NES and the Board. He was so patient with everyone in NDS while we scrambled to establish ourselves and a governance …
Read More

To Margaret and family, we were deeply saddened to hear of David’s passing. Both of us have very fond memories of David as such a warm, friendly and supportive colleague, and enjoyed our time with him socially – through five a sides and work outings – very much. We hope that you will find …
Read More

What a lovely gentle and caring guy who will be missed by so many colleagues. Thinking of you Margaret. Love Ann x  …
Read More

To Margaret & Family, I am so sorry for your loss. David was such a great guy with a heart of gold. We shared many a hibs story together and he will forever be in my thoughts. Sending love to you all. Take care, Joy x …
Read More

Dear Margaret,  So very sorry to learn about David’s sudden and untimely passing.  He was a true gentleman.  My deepest condolences to you and your family.  My thoughts are with you at this sad and difficult time.   …
Read More

Margaret, our thoughts are with you and your family at this terrible time. David was a lovely, thoughtful, man, someone who brightened the office and the lives of those he met. It was always a pleasure to chat with him about music and football, and also to bump into him outside work, invariably at …
Read More

i couldn’t believe what I was reading, I am so sorry for your loss. He was a true gentleman….thinking of you all. …
Read More

Dearest Margaret and Family, Wishing you strength for today and during this sad time. Our thoughts are with you. From Eleanor and family. …
Read More

David was a true gentleman. He warmly welcomed me to NES and to the Board Services team in 2016. As well as an ever helpful and supportive colleague and line manager, he was a very dear pal and I always enjoyed his company. We had a lot in common, in particular a love of …
Read More