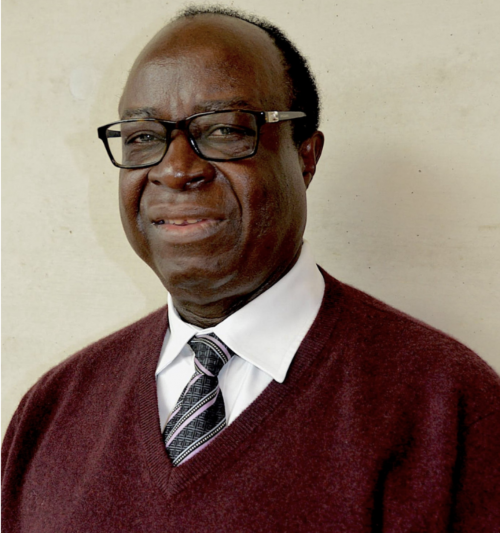 Benno was passionately committed to digitalisation as a solution for the poorest countries to finally be able to make the advances their populations so desperately need. The energy he dedicated to this was unwavering, whether it be financial inclusion, the potential of the platform economy to create jobs for young people, or – work he was excited to start next – more detailed empirical work on gender and access, which would, as always with Benno, have been as academically rigorous as it was immediately available to policy makers. Just before he died he was to present an important study in which he set out in great detail evidence for how African policy makers should tax digital services – an urgent, live policy question.

His guidance of the Digital Pathways work in all of the above was priceless. He was a brilliant tactician – always knowing just what to say and who to talk to to unblock the sticky political blockages that so often stand in the way of change.

That he was an extraordinarily prolific man was evident from his resume – central bank governor, set up Tanzania’s revenue service, long time World Bank senior economist, established a pan-African economic research network, was on President Ramaphosa’s economic advisory council, represented the IDA-recipient countries in negotiations with the World Bank about lending priorities.

But what could not have been told from reading the long list of his achievements was his humility. He was a true public servant, deferential to everyone in his urgent desire to support progress, when others in his position might have demanded deference to themselves.

And at the same time as all the above (he had at least four day jobs) he was still writing papers, tending to his farm in the countryside when he got the opportunity, mentoring various policy leaders across Africa, and running 10k daily. It was both an honour and a delight to work with him and we will miss him enormously, personally and professionally.

Benno remains with us as a giant of economic policy and as a gentle and kind spirit. We still hear his voice and wise guidance. He used his great intellect to analyze issues deeply, to take bold decisions. His wisdom, courage and commitment have improved the lives of hundreds of million of people. He’s …
Read More

Benno Ndulu was the epitome of a gentleman. I was truly honoured to have worked, and to have spent some time with such a humble man. He was always sincere, thoughtful and utterly dedicated to his work and life’s mission. He always had a welcoming and knowing smile, and he was always incredibly kind …
Read More

Hello, I have not had the opportunity to meet you or work with you.Nevertheless, any loss of human lifes touches me in more than one way. Human being is most precises of riches. May your soul rest in peaces and may your works continue to enlighten the work to perpetuate your meùory. Peaces to …
Read More

I hugely enjoyed working with Benno, whether travelling or in Oxford. He always brought a real ‘spark’ into the room with him and was incredibly generous with his time despite his busy schedule. Benno was so modest and humourful that you could easily forget that you were in the presence of a really great …
Read More

Benno was a great man – a truly global influence – and he was also a mentor and a friend to me. I have many fond memories of Benno over the last few years, mostly from hotel bars talking shop after a conference or a workshop. I will miss the ease of talking to …
Read More

It was a such a privilege to work with someone as wise, experienced, knowledgeable and generous as Benno and especially to get to know him when we were travelling in Nairobi. He will continue to be a role model for all of us …
Read More

Knowing Benno and having had the opportunity to learn from him was an immense privilege. He was incredibly wise, kind, and generous. He was a true leader who inspired everyone around him, always taking the time to share his invaluable advice and experience with those who needed it. I will forever cherish the memories of …
Read More

It was a great honour to work with Benno over the last six months or so on Digital Pathways’ policy stream. He was deeply committed to the cause, insightful, enthusiastic and charming. Despite his busy schedule, he was always willing to get on the phone at short notice to provide valuable advice on government relations …
Read More

Thank you for sharing the news. It’s indeed a very important loss in many ways.    On behalf of Acumen Network, I offer our sincerest condolences.   Francis Dossou Sognon, Acumen Network …
Read More